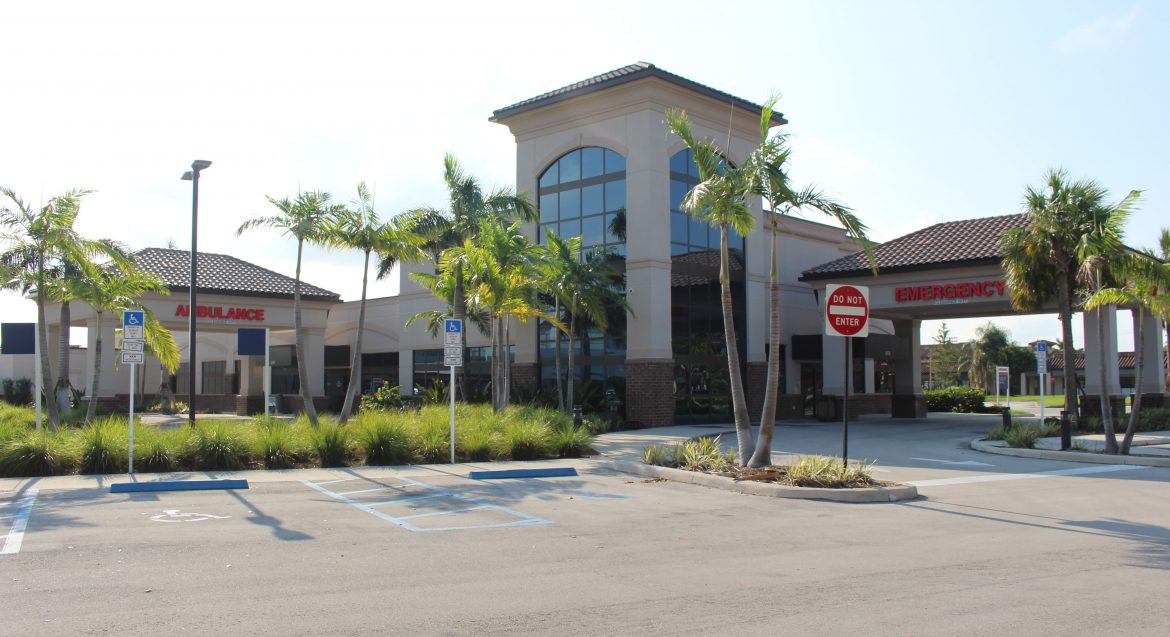 Business View Magazine interviews representatives from Davie, Florida, as part of our series on best practices of American cities.

The Town of Davie is located in Broward County, Florida, approximately five miles from the Atlantic Ocean, five miles from the Everglades Conservation area, and about 16 miles from the cities of Miami and Boca Raton. The history of Davie dates back to the early 1900s when its first settlers arrived and named the town “Zona” in recognition of their former home in the Panama Canal Zone. The community was renamed Davie in 1916, in recognition of Robert Parsell Davie’s assistance in draining the Everglades swamplands, and the town that was carved out of it.

Today, Davie is home to just over 100,000 residents who inhabit the town’s 36 square miles. Davie is a mix of commercial, residential, industrial, educational, and rural communities, as well as a significant equestrian population in its western section. The town has always had a reputation as a “Cowboy” town, with many of its earlier buildings having a decidedly “Wild West” architecture. Indeed, one of Davie’s most notable features is the Bergeron Rodeo Grounds which were founded in the early 1940s, and today hosts concerts, family entertainment, car shows, horse shows, and other types of events.

About a year ago, Business View Magazine spoke with Giovanni Moss, Davie’s Director of Community Development and Phillip Holste, the Town Administrator. Moss is responsible for overseeing the Town’s Community Redevelopment Agency or CRA. CRAs are local economic development agencies whose function is to preserve and protect a community’s tax base, alleviate conditions of slum and blight, facilitate affordable housing, and stimulate public sector participation within a defined redevelopment area. Davie’s CRA covers approximately 1,104 acres on the east side of town.

Holste is responsible for buildings, engineering, planning and zoning, public works, and economic development. He reported, last year, that the town has seen about $500 million worth of growth and new construction over the past few years in a combination of commercial, residential, and industrial projects, driven through Davie’s RAC, or Regional Activity Center. RACs are land-use designations intended to encourage attractive and functional mixed living, working, shopping, education, and recreational activities. Davie’s Regional Activity Center Designation was adopted in 1998 and covers approximately 2,200 acres east of University Avenue. The Master Plan for the RAC was adopted in 2006, with the intent of creating a “multi-purpose, pedestrian-friendly, and interconnected mixed-use village with the benefits of access to transit, variable housing costs, and economic development opportunities.”

We recently caught up with the pair to find out what progress has been made on various building and infrastructure projects on the town’s agenda.

“All the mixed-use development projects are still going through the approval process, and the most major one, which is a student housing project in downtown Davie, has broken ground and is under construction,” says Moss. “That’s 246 units, multiplied by four as far as how many beds it’s going to provide. Hopefully, within six to eight months, the other projects should break ground.”

One such potential project is the development of a new Town Hall. “As to the Town Hall project, we put an RFP (Request for Proposal) out for a public/private partnership,” says Moss, “and we received one proposal. A selection committee has reviewed it and we’re going to be scheduling a workshop with our elected body to discuss the proposal, and hopefully, provide a recommendation to negotiate the development and improvement of a 24-acre parcel that includes a town hall and some other commercial/retail development within our downtown corridor, and the construction, or relocation, of a town hall, somewhere else. It also included improvements to the rodeo grounds, a museum, and other different aspects. Those things need to be negotiated with the developer that we decide to partner with for the overall development. We have to go through the vetting process to see if it’s the right fit, the right partnership to proceed with a formal agreement.”

Another major project within the RAC is called the Academical Village – 2.5 million square feet of retail, residential, hotel, office, and medical space to be located on 30 acres of property being developed by University Partners, a joint venture between the Brandon Company, a local real estate development corporation, and Nova Southeastern University. “The first phase of that project is going to be breaking ground in 2018,” says Holste. “It will be the 250-bed hospital, along with100,000 square feet of medical office space. That property is being purchased by HCA and they’ll be building the hospital. Right now, there’s an existing shopping center that they’re going to be demolishing in the next two months, and from there, they’ll be breaking ground in February on the actual hospital and medical office space. I think you’re looking at a ten-year time frame on the whole Academical Village.”

The Davie Business Center, currently being built by the IDI Construction Company, comprises 1.2 million square feet of industrial/office space. “They’ve developed the first two buildings,” says Holste. “They’re constructing a third flexible warehouse space over there of 150,000 square feet and they’ve broken ground on that. The largest tenant that recently came in was Carnival Cruise Lines. They’re utilizing the space for their entertainment programming.”

Holste also reports that work is proceeding on several of the town’s roadway projects and other infrastructure needs. “The Davie roadway enhancement project leading into our downtown – that project is underway and under construction,” he says. “The third phase of that roadway project, that’s still in design. In terms of other roadway projects – Nova Drive is a project that will be breaking ground in the fourth quarter of 2017. We have our sixth fire station under construction and that will be opening in mid-2018. In terms of drainage, we have a stormwater master plan that we will be taking to the town council for consideration in the next month to identify our future stormwater needs.”

Last year, Moss explained that Davie has long wanted to create a western-themed downtown in homage to its “cowboy” past, as well as its equestrian present. “It was a key component of the actual RFP that we put out,” he says. “It specified that we requested a western-themed downtown. The proposal that came in proposed a western village that would have shops and entertainment and a boutique hotel, all geared to feeding into our rodeo and the western theme, in addition to constructing some type of tourist attraction which would include cabaret shows or possibly a museum. But again, these are all things that need to be discussed and fleshed out before we proceed. But the vision still remains and the proposal that came back responded to that vision. We want to make sure that, in the next six months, we can proceed with this current developer and from that point on, fast-track it. You’re looking at two or three years before you can see development, which is still pretty quick in ‘government time.’”

As for the look of downtown Davie, Moss says there hasn’t been much visible change, but that within a year or so, the landscape should look very different with buildings going vertical. “We have a significant amount of projects approved and ready for construction, going through the final process; all mixed-use – retail and commercial on the bottom floor and residential above that. Outside of the CRA, we’ve seen a significant amount of residential development coming up into the downtown area. The next spillover effect will be trying to make sure that we create an environment that’s conducive for Millennials and families. I think we have the support from the community and also from our elected body and staff to make that happen.”

WHO: Davie, Florida
WHAT: A town of 96,000
WHERE: In Broward County, north of Miami
WEBSITE: www.davie-fl.gov 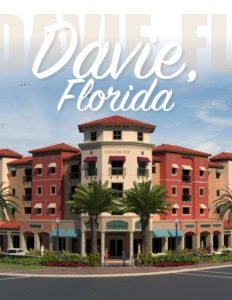