Municipality of Clarington, Ontario – The excitement is building

The excitement is building

The dynamic Municipality of Clarington, Ontario is abuzz with news of its captivating natural attributes and economic possibilities. The enthusiasm is such that people are being drawn from a distance to live, work, and recreate in this super-attractive rural/urban destination. A lower-tier municipality in the Regional Municipality of Durham at the eastern end of the Greater Toronto Hamilton Area (GTHA), Clarington embraces urban communities, including Bowmanville (home of the municipal offices), Courtice, Newcastle, and Orono, as well as several idyllic countryside hamlets. Encompassing a total area of 237 square miles, with stunning vistas of Lake Ontario and the spectacular Oak Ridges Moraine, the Municipality has an enviable portfolio of developable land, with housing prices and taxes among the most affordable in the GTHA.

One major project underway is the $12.8 billion refurbishment of the Darlington Nuclear facility. Darlington provides about 20 percent of Ontario’s electricity, so the major overhaul of its four reactors is taking place  one at a time, while the other three reactors are running. That means 2,000 extra people showing up for work every day, above and beyond those running the plant, and a significant rise in residential development. 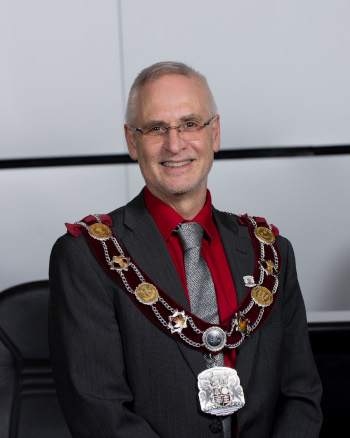 Three-term Mayor, Adrian Foster, is a passionate voice for all things Clarington. Business View Magazine recently spoke with the Mayor and Sheila Hall, Executive Director of the Clarington Board of Trade and Office of Economic Development, about recent goings on in the Municipality (there are many!) and the exciting plans for future growth in all sectors. The following is an edited transcript of that conversation.

BVM: Can you share an update on recent projects and happenings of note?

Mayor Foster: “We’re still working on a lot of projects that were in progress a year ago, and that we’re still excited about. One of those big stories is the nuclear refurbishment program – they are moving to the second reactor now; with that second unit, they’ll be building the potential for medical isotypes. Canada is responsible for providing half of the medical isotypes around the world through its CANDU reactors. Obviously, it is making a huge impact on the community and the Canadian nuclear industry as a whole.

“Clarington has the only site currently licensed for nuclear new-build. OPG (Ontario Power Generation) here is deeply involved in the SMR (small modular reactor) file. You can, potentially, build a reactor in a factory and double the input, and get it dropped at a different location. In the past, the focus has been on giant reactors. With an SMR, instead of stringing thousands of miles of lines to a remote northern location, you put the generation capacity right there. SMRs are the future of nuclear. So, we’re quite excited about the possibilities for those and certainly their impact on climate change.

“In addition, Toyota has built a distribution center for Eastern Canada here. Everywhere from Manitoba east, if someone needs a part for their car that is coming through Clarington now. Also new, East Penn has come to town. They make and distribute and recycle all kinds of batteries. Their main facility is in Pennsylvania, but they chose Clarington for their Canadian headquarters and that will employ 200 people.”

Hall: “Phase one of the East Penn facility they’re building as their Canadian headquarters is 200,000 sq. ft. It’s located in Courtice , in proximity to the proposed GO Train station and across the street from the new campus of the OPG headquarters. In other huge news, OPG is relocating their head office to a campus that will be built in Clarington. And that will be more than 2,000 employees. The exciting bit with OPG coming to town is the potential to attract associated vendors, lawyers, accountants, and other professional groups.”

BVM: What type of infrastructure projects are going on?

Mayor Foster: “In the last year, the Hwy. 407 extension has been completed and that goes all the way from the Hamilton area almost to the Clarington eastern boundary. And the Hwy. 418 connector from the 407 to the 401 is now up and running. As far as the GO Train coming here, everything we’re hearing from Metrolinx suggests that is moving ahead. That will be huge in terms of getting people to and from the city, as well as the number of jobs it will create.

“The Courtice  site is an extraordinary site in that it is greenfield. So there is potential to do mixed-use and some high density. Picture a location that overlooks the lake with a 20-minute walk to the shoreline. We are planning a major waterfront park there. The energy complex is right there; OPG’s headquarters will be kitty-corner to it; you’ve got access to the 401, to the 418; if you have a condo you’d have a view of Lake Ontario on one side and the Oak Ridges Moraine on the other. The original plan was for that to be employment land, but it didn’t make sense given the spectacular location, so the vision is now mixed-use and developers are extremely interested. It’s a blank slate. There is real opportunity there for transit-oriented development.

“We are also having a significant hospital expansion. This project really speaks to the confidence in our economy by different levels of government because they’re investing so much in the infrastructure here. In terms of institutional presence, it’s called a redevelopment of the hospital but in reality they’ll be building a new hospital – doubling the size of Bowmanville Memorial, which is quite old now. We have a commitment for that and we’re just tidying up the fundraising for a hospice to be built. In Newcastle. Clarington Council donated a two-acre portion of land to Durham Hospice for a brand new five-bedroom facility, which will offer end-of-life critical services to patients and families. And we have a zoning order from the Ministry of Health to build more long-term care beds. This will assist in filling a much-needed gap for affordable seniors’ housing in Clarington. The expansion will add 37 units, of which 30 will be affordable housing and will be located at the Parkview Seniors Lodge in Newcastle. So we’ve had a dollop of good stuff on the healthcare side, too.”

Hall: “If you drove through Clarington, you’d see what looks like a whole lot of vacant land. We’re a large farming community and 80 percent of our land is protected by one legislation or another. So we have about five to ten acres of serviced industrial land available, right now. We’re getting creative and trying to push at the regional level to get some servicing put into the ground in south Courtice. The Region of Durham is probably three-quarters of the way through a main sewer trunk project to run from south Courtice  all the way to northeast Oshawa. And that will do a lot for our employment land.” 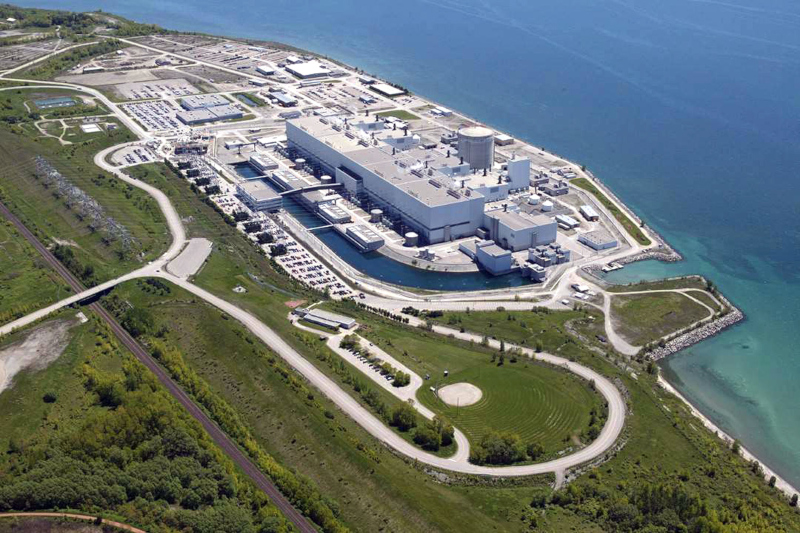 BVM: How has COVID-19 impacted the way you do business?

Mayor Foster: “Clarington has really led in our response to COVID, how we’ve adapted quickly with the infrastructure and IT applications we’ve been using, and work has continued. Council set out a strategic plan and redeployed staff and carried on the business of the municipality. It was a priority that our citizens got the services they needed in a safe manner, both for residents and our staff. We had very robust protocols in place from the very beginning.

“We are a busy spot. Despite the pandemic, building permits and development charges this year are way up. When one of the developers opened its sales center for new homes, there were lineups outside the door. Now that people are realizing they can work from home, we’re getting an influx of buyers from the City of Toronto and the GTA (Greater Toronto Area) because prices here are quite reasonable in comparison. So, if you didn’t want to do the commute to Toronto last year, understanding that you may only have to commute a couple days a week this year has made Clarington far more attractive.

“Our municipal offices were never shut down. We closed them to public access and many of our staff are working from home, but Council continued to meet, applications were still processed. So planning was exceptionally busy all the way through. Inspections stopped for a while and our recreation facilities were closed, but it’s really been ‘business as unusual.’ One of the things the pandemic did was allow us to catch up. Our rec staff was re-tasked to operations; there is never any shortage of work to do. Documents that should have been digitized years ago, finally got done. Pulling meetings together on Zoom or Skype without needing to drive for an hour – in some ways it’s facilitated business and made things easier.”

Hall: “People are having a lot of time sitting at home to work out their business plans, so we’re seeing many young entrepreneurs taking a leadership role. They quickly pivoted to working online and completely capitalized on social media, so we haven’t seen a lot of closures. Some have had to scale down, maybe go back to their roots and do a lot of things themselves like they did at the beginning of their business story. But the Clarington business community has shown great resiliency.”

BVM: What else makes Clarington special?

Basia Radomski (Communications Manager  for Clarington): “Some of our outdoor tourism businesses such as Archibald’s Orchard & Estate Winery in Bowmanville and Pingle’s Farm Market in Courtice that offer an experience for families to come out and enjoy have been doing remarkably well. Physical distancing activities, outdoors, like farmers’ markets and apple picking have been thriving. We are the self-proclaimed Apple Capital of Ontario. So, the quality of life for our residents and visitors is really clear.”

WHERE: Durham Region of Ontario, east of Toronto