Business View Magazine interviews Greg Phillips, Director of Aviation at the Colorado Springs Airport, as part of our series on best practices of regional airports in the U.S.

The Colorado Springs Airport is a city-owned, civil-military airport, six miles southeast of Colorado Springs, in El Paso County. The facility first opened in 1927, on two gravel runways; in the late 1930s, its first scheduled airline flight went from El Paso, Texas, through Pueblo, Colorado Springs, to Denver, and back.

The Colorado Springs Airport’s first municipal terminal was built in 1942 – the same year the airfield was taken over by the War Services Administration to train pilots to fly P-38s and other military aircraft. When World War II ended, the Airport reverted back to the City of Colorado Springs control, except for the north end of the property, which became Peterson Air Force Base in 1948. 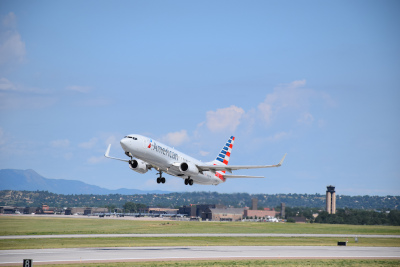 After sharing facilities with the military for a quarter century, the City of Colorado Springs built a new terminal in 1966, which was further expanded several times over the next two decades. In 1991, the voters of Colorado Springs approved a bond issue for the construction of a brand new terminal to replace the crowded, outdated one. More than 50,000 citizens turned out for the 1994 grand opening of the Airport’s existing three-level, 280,000-square-foot structure, which came in at a cost $140 million.

The Colorado Springs Airport has three, 150-foot wide runways, with one at 13,501 feet long, making it one of the longest in the state. Last year, the Airport had 135,178 aircraft operations, an average of 370 per day; 48 percent of those operations were general aviation, 31 percent were military, 11 percent were scheduled commercial, and 10 percent were air taxi. As of April, 2018, there were 231 aircraft based at the Airport: 151 single-engine, 25 multi-engine, 25 jet, 4 helicopter, and 26 military.

The Colorado Springs Airport is owned by the City of Colorado Springs and, as an “enterprise fund,” receives no appropriations from it. “We live and die on the revenues we make,” says Greg Phillips, Director of Aviation. “We’re always looking at ways we can increase our revenue because the money we spend to operate and improve the Airport comes from the revenue we make. We don’t take a dime in general fund taxes.”

While the Colorado Springs Airport has several different revenue streams – corporate and general aviation; the Peterson Air Force Base, which is its largest tenant; and 900-acre non-aeronautical business park – Colorado Springs is mostly known for its commercial service. Carriers serving the Airport over the years included such long-forgotten names as Wyoming Air Express Service, Pikes Peak Air Service, and Western Air Service.

In the mid-1990s, the Colorado Springs Airport was served by Western Pacific. “Around here, they called it WestPac,” says Phillips. “It was one of the first low-cost, innovative carriers. It was famous for the paint schemes and livery it had on different aircraft and it was flying to 35 different destinations. They also offered what they called ‘mystery flights.’ They were something like, $37. You’d show up with your bag and they’d tell you that you were going to a warm place or a cold place and you’d get on the airplane. They had flights like that – fun, unique, interesting. Unfortunately, the financial model didn’t work and after three years, they ended up moving to Denver (International Airport), and that’s where they went bankrupt.”

According to Phillips, WestPac’s failed “great experiment” was the beginning of a long slide downward for the Colorado Springs Airport. Things began to look up in 2012, when Frontier Airlines, another low-cost carrier, attempted to build a major presence at Colorado Springs, with new, nonstop service to a number of U.S destinations, in addition to its daily flights to its Denver hub. Within a year, however, Frontier discontinued all of its service, citing poor performance on both its old and new routes. “2015 marked the nadir of commercial service,” Phillips remarks. “Our low point in ’15 was 595,000 enplanements.”

Luckily, Frontier returned in 2016 with nonstop service to Las Vegas, Phoenix, and Orlando. In 2017, it announced seven new seasonal destinations: Chicago, Los Angeles, San Francisco, San Diego, Washington D.C., Ft. Myers, and Tampa. And the long slide was finally over. “In 2016, we saw 10.6 percent total growth,” Phillips reports. “In 2017, we saw 29.5 percent growth, marking the largest percentage growth of any of the top 150 airports in the country. We’re up almost another 20 percent, so far, for 2018, and we’re projecting about 950,000 enplanements for the year. So, we’ve seen a ton of growth, again, this year.” In addition to Frontier, Colorado Springs is also served by American, Delta, and United Airlines.

On the corporate and general aviation side, Phillips says that things have also gotten “really exciting in the last few years. We have two FBOs,” he continues, “Cutter Aviation and Colorado Jet Center. Cutter Aviation just built a brand new general aviation terminal – a beautiful facility. We have other tenants that occupy the corporate and GA side; one of them is the Sierra Nevada Corporation. It’s a multi-billion dollar, national corporation that does a ton of defense work. They have a significant presence at Centennial Airport in Colorado, but they’ve tapped out the available space there, and so they’re now building at Colorado Springs. They built a 60,000-square-foot hangar that opened last August, big enough to put two 737s in at the same time. They are doing the earthwork, right now, to build a second 60,000-square-foot hangar. And they have a third hangar that they’re going to build, too, for work on military aircraft – mainly C-130s and other aircraft, as well.”

The Colorado Springs Airport also has a growing National World War II Aviation Museum. “It’s congressionally delegated as one of 13 national aviation museums in the country,” Phillips explains. “They have a $13 million expansion that they’re starting to turn dirt on, real soon. On the heels of that, they have another $31 million expansion planned. They have 15, all-flying, World War II aircraft. They have another 15 to 30 aircraft that they could bring up here, once they get the expansion done. So, it’s a pretty exciting time in that regard.” 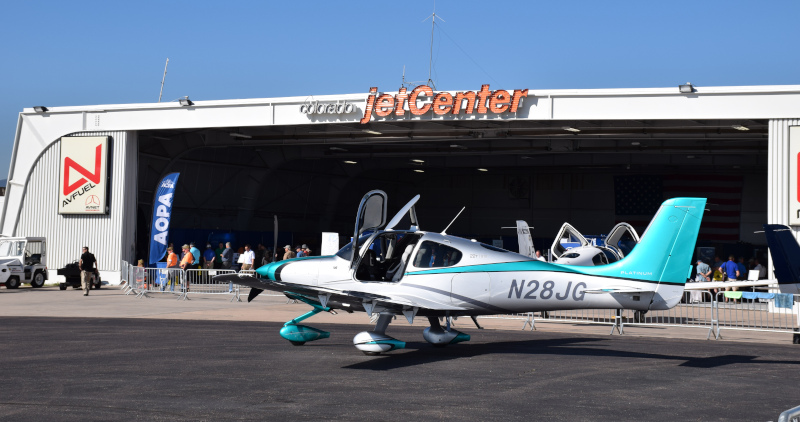 “Colorado Springs is not a small piece of property,” Phillips adds. “We have 7,200 acres, total, and three runways. We’ve got the fifth longest commercial service runway in the country, which means that almost anything can land here. And the fact that we’ve got 7,200 acres means that almost anybody can develop here. So, we have an awful lot of space that we can continue to develop for aeronautical purposes, and for non-aeronautical purposes. A couple of the businesses that we’re talking to want significant space, and they can’t get that at a lot of airports. That’s another thing that we think is a huge advantage here to bring in business.”

“We also have a very aggressive incentive program,” Phillips remarks. “We have an enterprise zone and a foreign trade zone. We also have what we call a commercial aeronautical zone, a CAZ. The purpose of these incentive programs is to reduce or eliminate taxes. The commercial aeronautical zone is probably our most aggressive form, and for aviation-related businesses, we can eliminate significant portions of the taxes they pay on construction, aeronautical-related tools, equipment, and parts that they buy. So, we can reduce the burden, pretty significantly, on a business that is interested in Colorado Springs.”

Another inducement for continued growth at the Airport, according to Phillips, is the city, itself. “Colorado Springs is a city rising,” he states. “It was just named by U.S. News and World Report as the second best place in the country to live after Austin, Texas. It’s growing rapidly and it’s not as expensive as Denver. It’s a really exciting place, right now. And the quality of life, here, is just fantastic.”

Going forward, Phillips says that his goals are to continue to promote the Airport’s many advantages, and to focus on aviation and aerospace as a premier sector for development. “We have a tremendous workforce opportunity here, because there are five military bases,” he proffers. “The Air Force Academy, Peterson Air Force Base, Fort Carson, the North American Air Defense Command, and Trevor Air Force Base are doing cutting edge things in the military with 300-600 military people transitioning out of the military, retiring or getting out, every month. Some of them are going to go back to Iowa, Minnesota, or other states, but there are a lot who like it here. So, we see the opportunities here to develop aerospace and aviation as an important sector. We’re hoping, by early next year, to have an airframe and power plant mechanic and trade school at the Airport, and we’re going to work with the community to develop those kinds of things. It’s an incredible time to be here.”

WHO: The Colorado Springs Airport

WHAT: A city-owned, civil-military airport 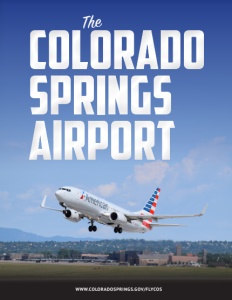