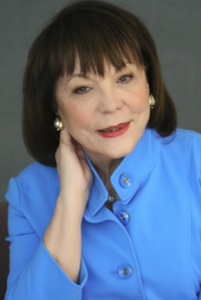 There are currently 137 WPO chapters in the United States, Canada, Mexico, Peru, the United Kingdom, Sweden, Portugal, Turkey, Israel, the Middle East, Northern Africa, South Africa, Australia, and New Zealand.  Each chapter is composed of approximately 20 accomplished women entrepreneurs with industry exclusivity and from diverse backgrounds who address business concerns in a confidential roundtable format, and function as an informal board of directors for each other’s businesses.

The WPO was founded in 1997 by Dr. Marsha Firestone, co-author of The Women Presidents’ Organization 50 Fastest Growing Women-Owned/Led Companies Guide to Growth. A recognized expert on entrepreneurship, adult learning theory, nonverbal communication, and managerial competency, Dr. Firestone has published research on adult learning theory in business and education journals and is a frequent guest speaker. She received her Ph.D. in Communication from Columbia University.

Recently, Business View Magazine spoke with Dr. Firestone about the WPO. The following is an edited transcript of that conversation:

BVM: Can you talk about the genesis of the WPO?

Firestone: “I started WPO in 1997, so we’re in our 21st year. And I started it because I was working for a non-profit called the American Women’s Economic Development Corporation (AWED). I was the Vice President of Training. Over a period of five years, I realized that there were many women who had started a business and were successful, but there were no programs that addressed the needs of women at this level. And so, after five years, I was up for the presidency of AWED. I went to the Board and I said, ‘If I get this position as President, I will start something called the Women President’s Organization.’

“But they did not give me the position. I was very upset because I loved that organization and I felt I had really found a home for myself. And so, I spoke to my mentor, Bea Fitzpatrick, who had started AWED. Finally after many evenings on the phone, she said to me, ‘Stop complaining. Go do this on your own.’ And I did. I started the first Women Presidents’ Organization chapter in New York City in 1997. We now have 137 chapters on six continents.”

BVM: You said that the needs of successful women you knew were not being met. In what way?

BVM: How did the Women Presidents’ Organization evolve over the years and what is its current membership status?

Firestone: “We have changed over the years, in that more and more of our 2,000 members have reached revenue levels that were not there in 1997. We have three levels of membership: at Chapter Level, you have to have $1 million in revenues, or $2 million if you’re product-based. Then there is the Platinum Level and the minimum requirement for that group is $10 million, with average revenues of $44 million. We also have the Zenith Level, which is for women whose businesses gross over $50 million and average revenues are $150 million. So what has transpired is that the businesses are now larger than they were in 1997. And 25 percent, maybe even 30 percent of our members, now are at the over $10 million level. We’ve grown the number of members, chapters, and locations. We’re a global organization – 20 percent of our members are international.”

BVM: Outside of member dues, are there any other revenue streams that support the Women Presidents’ Organization?

Firestone: “We have 15 major corporations who have supported us over the years because they believe in what the organization is doing.”

BVM: How big is the Women Presidents’ Organization staff, and what are their main priorities?

Firestone: “Our staff is about ten. Their main priorities are membership – making sure that our members receive the proper treatment and that we care about them. The major program is a once a month chapter meeting. Each chapter, with a maximum of 20 in it, meets to talk about ideas, operational issues, strategic issues, and to learn from one another. And that helps them to continue to grow their company, or to sell their company. One of our members from Seattle just closed a deal for her company for $105 million. We love those kinds of stories because they represent what we’re about.”

BVM: What’s on the top of your current agenda? 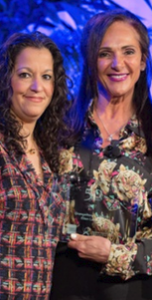 Firestone: “Every year, we do a search for the 50 Fastest Growing Women-Owned/Led Companies. We’ve been doing this for ten years and this year’s search is underway. From the many applications we receive, we select the top 50. Then we announce them at our annual conference, which will take place, this year, May 2nd through 4th, in Los Angeles. The reason that we started doing it is because I think that the public thinks that women-owned companies are mom-and-pop operations and we want to demonstrate that that is not always the case.

“We usually have about 900 attendees [at our conference] and we are working very diligently to make sure that the programs that we deliver are educational, interesting, motivating, and that they can be of primary service to our members.

BVM: What are some of the issues that Women Presidents’ Organization members care most about?

Firestone: “Our members take a Business Outlook Survey every year – and every year the top challenge is finding, hiring, training, and retaining good employees. Access to credit has always been an issue for women who start and run companies. This has been going on for 20 years or more. While this has somewhat improved, it is still not where it should be. Last year, for the first time, they complained bitterly in the survey about red tape. So, those are the three main issues that we are dealing with in our chapters – access to credit, dealing with red tape, and HR issues.

BVM: Does the Women Presidents’ Organization do any advocacy?

Firestone: “We do a little. I sit on the National Women’s Business Council and we bring back issues to be addressed on behalf of women-owned and women-led companies, and we pass on that information to our members. But we are a business education organization – that’s our goal, so we do stay as far away as we can from the political scene. First of all, we’re non-profit. And we have members who are absolutely involved in both parties. So, we have made the decision to focus on business education.”

BVM: What does the long-term landscape look like for WPO and how will the organization continue to be a resource for your members?

Firestone: “WPO is a ‘high touch’ organization. I know that there is a lot of focus on the growth and development of the digital age, but our members also like to be connected to each other, to the sponsors, to the chapter chairs, to the media, via high touch. I see that continuing.

“I also see that the women-owned/led businesses are becoming bigger and bigger. I always say that being an entrepreneur is the great equalizer. You control your own time, have more power and more influence. It is the one place where women can also pay themselves as much as their male counterparts. So, I see an increase in entrepreneurship for women in the future.”

BVM: Anything else you would like our readers to know about the Women Presidents’ Organization?

Firestone: “In our proprietary peer learning program we train and continue to train chapter chairs as long as they’re involved with us. Their job is to bring the genius that already exists out of the group. That is a very important point.

“And one more thing: the Five Cs. We are an organization that Collaborates in a Confidential setting with non-Competitive businesses, who make a Commitment to support and help each other and to introduce each other to Connections that can help support their businesses. We like to use those Five Cs as a way to describe the WPO.”

WHAT: A peer learning group for successful women business leaders 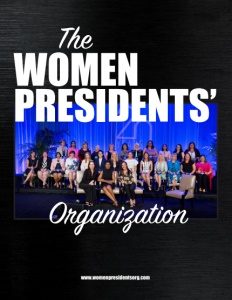