Mansfield, Massachusetts – The future is in good hands

The future is in good hands

The Town of Mansfield, Massachusetts is a Bristol County showpiece of forward thinking, savvy planning, and strong business growth. Established in 1775 as part of the rich history of the Commonwealth of Massachusetts, Mansfield offers residents an outstanding school system, and a great environment for both active and relaxed living. The town is strategically located 40 miles south of Boston, Massachusetts and 35 miles north of Providence, Rhode Island – a popular transportation hub with its future in good hands.

Recently, Business View Magazine spoke with Town Manager, Kevin Dumas, Town Planner, Shaun Burke, and Assistant Town Manager/Finance Director, John Stanbrook about the plethora of initiatives on the go in this busy, growing community. The following is an edited transcript of that conversation.

BVM: Can you give us an economic overview of Mansfield?

Dumas: “Mansfield is in a unique position, geographically, because we’re midway between the cities of Providence, RI and Boston, with access to Interstates 95 and 495, and Routes 140 and 123. We  also have access to TF Green Airport in Providence and Logan Airport in Boston – both can be accessed by the commuter rail. In the entire Massachusetts Bay Transit Authority rail system, we are the second largest ridership outside of Boston.

“Mansfield is known for its public schools and the quality of services provided. It also has its own Electric Light Department with one of the lowest electric rates in Massachusetts. We have about 24,000 people in town, in addition to a very strong business base. Our 850-acre Cabot Business Park is the second largest campus-style industrial park in Massachusetts. Another nice attribute is our Mansfield Municipal Airport. Med Flight, a provider of emergency transport via helicopter and ambulatory service, opened their latest location, last summer, at our airport.

“Mansfield is also home to the Xfinity Center which is owned by Live Nation Entertainment. It holds up to 20,000 patrons and, last summer, we were over 45 concerts strong in a 3-month period. It’s an amazing entertainment venue. In October 2017, we opened our first bio-incubator space in town; since then, its footprint has been 100 percent maximized and they’re looking to expand their square footage – proof that biotech is alive and well in other parts of Massachusetts, outside of Cambridge.”

BVM: What types of planning projects are in the works?

Dumas: “We have an incredible team in Finance and Planning at Town Hall. One of the projects we’re working on now involves looking at how we move people, in particular, the busyness of the commuter rail system. We have over 1,100 vehicle (car) trips, morning and night, leaving the train station, but we also have people who take the bus, or are dropped off by alternative modes of transportation, whether it be bike, or Uber, or Lyft.  We’re looking at doing major traffic improvements along that business corridor, from the downtown and Route 106, out to Interstate 140, because we’re dealing with so much traffic in town, seven days a week, in addition to an extra 1,100 cars coming into and leaving the station. So, we’re doing a corridor improvement program, which we funded for fiscal 2023, for construction purposes. Beta Incorporated has been hired to do the traffic engineering necessary before construction.

“The train station is located in our existing downtown (North Main, South Main, and Chauncey Streets) on Route 106, but across the tracks is about 14 acres of undeveloped land, most of which is surface parking on either asphalt or dirt. We’re developing a new TOD (transit-oriented development) updated overlay district called Mansfield Village over that acreage that will include retail and housing components with a multi-story parking structure to free up the current surface parking lot areas. The aim is to sustain a mixed-use, village environment with increased density that supports development for a retail, commercial sector on the south end of Mansfield Village, as well as housing, and mixed-use business development on the north portion.

“When I came on board a year ago, I formed a Town Manager’s Strategic Development Committee. Our first project was this overlay district; making it more advantageous for developers and to have a higher and better use of the property. At the same time, we’ve embarked on a $100,000 appropriation to update the town’s master plan. It will be a multi-month process that happens every ten years in Mansfield, and Massachusetts, as well.” 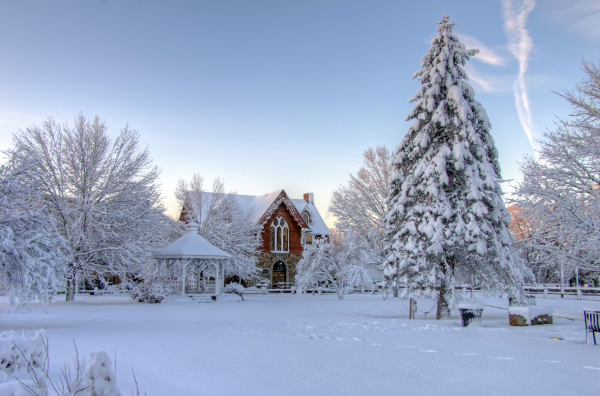 BVM: What types of industries are in Mansfield?

Burke: “There are over 5,000 jobs at our Cabot Business Park and a lot of recent hiring. We have employers making surgical instruments; luggage; Chrysler and Toyota are there. We also have Cardinal Health Care, and Rolf C. Hagen, one of the largest pet goods companies in the country. There are sites available, and several companies seeking site approval. We recently had a 100,000-sq.-ft. flex building go up; half is housing an electric components wholesaler, and the other half is a Rolls Royce jet engine electronics repair facility. It’s a very diverse park.”

Dumas: “We’re also fortunate to see massive investment in the downtown. There’s a local developer who’s fully permitted to build a multi-story building with an additional 100 units, smack in the middle of downtown Mansfield. Completion will take a year to 18 months. The overlay district across from the train station should produce at least another 350 dwelling units. That’s the area where we see the most growth, especially in one and two bedroom condominium units or apartment rentals. People want to be in the downtown and right next to the rail. The former Lowney Chocolate Factory, on the outskirts of downtown along the rail line, is being developed into 130 apartment units, and over 34,000 square feet for a pub and offices. So, there are many more housing units coming online, in addition to single family homes. In a subdivision under construction now, homes range from $800,000 to $1.2 million. And that’s abutting a highway.”

BVM: Does the town support entrepreneurs and small business start-ups?

Dumas: “Absolutely. Whether it’s an existing business that’s expanding, or a new business interested in coming in, they first start at my office at Town Hall. Our team sits down with them to determine their needs, and whatever way we can assist them to get to a ‘yes.’ Tax increment financing (TIF) is working very well. Last May, we did a small personal property tax exemption for the Rolf. C. Hagen company via the TIF program. That allowed Hagen to expand for another entire third shift at their facility, through a small investment by the town of $330,000 total over a 10-year period.

“Regarding the small business incubator space, we’re working with Brian Quick from VAM Realty, who owns 64 acres that the bio-incubator sits on, to look at creating additional opportunities and space. We already have one business that’s a spinoff of the bio-incubator and we want to make sure we provide an opportunity where some changes in zoning will allow the company to stay at that location and turn into a multi-million dollar business. We’re trying to be flexible with businesses to allow growth opportunities.”

BVM: What’s happening in the areas of infrastructure and environmental initiatives?

Burke:  “We have fiber optic throughout the Cabot Business Park. Mansfield Electric Light Department installed it there, first, to ensure our high-tech businesses have the fastest electronic communications available, to stay competitive with the Boston area.”

Stanbrook: “Five years ago, the town Finance Committee put forth a $2 million road revitalization program per year for five years – a $10 million program to get our road ratings up above 80 percent in five years, town-wide. It just ended and we’ve been able to achieve that. Now we’re in the evaluation phase and probably going to continue within another similar program.”

Dumas: “We have focused a lot of initiatives to cut back on the town’s energy usage, on water conservation efforts, in addition to massive infrastructure improvements. If there needs to be water and sewer work done, we pipe them together into the program, so we’re only disturbing the road once and then we can comprehensively go through and deal with water, sewer, and pavement work all at one time. We participate in a state-wide Complete Streets Program, which means that when we rebuild a street it has sidewalks, a bike lane, as well as being safe to navigate with a motor vehicle.

“We’ve also done some significant connections with an off-road bike trail downtown leading up to the train station. The town has invested a large amount of money, recently, connecting that trail to the school campus (all our schools are located in a central campus-like setting). We’ve applied for a grant to fund the one gap in the downtown section, hopefully this summer. The path gets a lot of use from families, seniors, and commuters to the train station, and we’re really proud of it. While we’re not designated a green community, we’re certainly taking steps to get people out of their cars and walking or riding around the community.”

Dumas: “The Town of Mansfield, as a community, is the best. Our residents voted for a debt exclusion of $35 million, outside of their tax levy to construct a new DPW Highway Division facility and, on the same property, create a joint public safety facility for police and fire. The DPW opened a year ago, the public safety complex will be opening in July 2019 – on time and on budget. It’s a beautiful facility and an incredible project in Mansfield. The best thing is that our whole community made it happen.”

Where: Between Providence, RI and Boston, MA

Mansfield Electric was founded in 1903 on a plot of land on West Church Street with a brick building to house the generation equipment. The goal was to provide all of the town’s electricity by two 150-horsepower American Diesel engines and to electrify 345 lights to be installed on four street lighting. Thus, the Mansfield Municipal Electric Department was born by the community to provide local, low cost, and reliable power.

That same goal exists today as MMED is one of 41 public power electric utilities in Massachusetts who provide electrical service to residential and commercial customers with the one of the lowest rates in the Commonwealth of Massachusetts.

Mansfield Electric is one of less than 12% of the 2,000+ public power utilities in the nation to earn the prestigious Reliable Public Power Provider (RP3) designation from the American Public Power Association (APPA). The RP3 designation recognizes MMED for providing customers with the highest degree of reliable and safe electric service based on industry-recognized leading practices for public power utilities in four important disciplines:  Reliability, Safety, Workforce Development, and System Improvement.

For over a century, the mission of Mansfield Electric has been to deliver reliable, affordable, and safe public power to its ratepayers, while maintaining a tradition of dependable service, town-wide.

FBinsure is a leader in providing insurance and risk solutions for our clients. Our mission, through the professionalism, education, and integrity of our employees, working in an innovative and technologically superior environment, is to continually improve our products and services to meet our clients’ needs, allowing us to share our prosperity with our employees and our communities.