City and town governments play an undeniable role in shaping and boosting local economies. In South Carolina, the City of Greenville may provide the best-known example.

By the late 1970s, its downtown faced considerable decay and disinvestment. The city set an ambitious goal of revitalization, and pursued it for decades. It brought together carefully designed streetscapes and parks with the recruitment of such anchor projects as hotels, a performing arts center, and a baseball stadium. It demolished a bridge that had long hidden a waterfall located in the middle of town, which is now the centerpiece of an iconic and heavily visited city park. With growing retail, housing and industry, downtown Greenville has built a reputation for self-reinvention.

This is just one story from South Carolina’s 271 cities and towns. They all have their own backgrounds, assets and challenges. We have seen over and over how they can build highly specific plans to meet their economic needs and achieve their visions.

Part of the Municipal Association of South Carolina’s job is to support the development efforts of the state’s cities and towns. Our Municipal Elected Officials Institute of Government offers training courses for mayors and council members focused on economic development. We support such affiliate groups as the SC Community Development Association and South Carolina Business Licensing Officials Association. 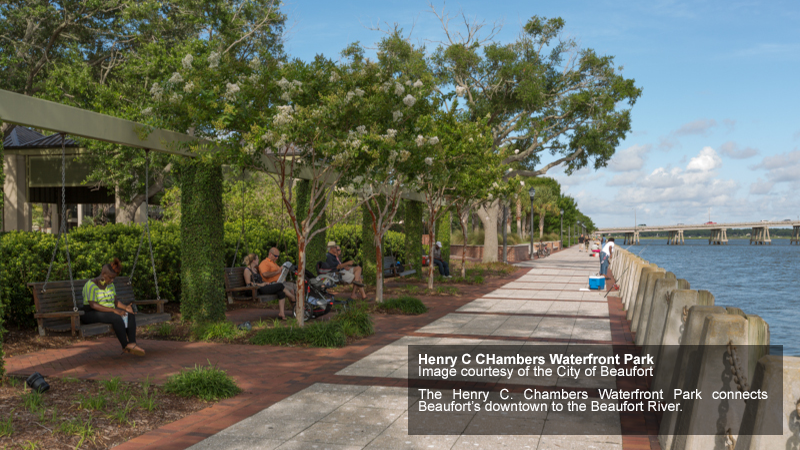 Development achievements require local government officials to have strong leaders, a defined direction, inspiration, and patience. Cities must also remain on the lookout for potential partnerships with the counties, the state, federal agencies, and the private sector.

Consider our state’s need to invest in water and sewer infrastructure. This is a vital need of economic development, and one that our growing population has made all the more critical. Many municipalities — Aiken, Batesburg-Leesville, Lockhart, Union, Walterboro, and others — have pursued State Revolving Fund loans and Rural Infrastructure Authority grants to help make infrastructure upgrade projects possible.

In some instances, municipalities have built their new infrastructure with an eye toward the potential new industry that a higher-capacity plant can make possible. Several years ago, the City of Woodruff needed to take action on a wastewater treatment plant reaching the end of its lifespan. It expanded the plant and built in upgraded technology, so that its treatment capacity grew by 40 percent and it now can serve more nearby commercial properties.

Efforts to cultivate and manage tourism often begin with cities. Tourism is at least a $22.6 billion industry for our state, an economic impact which has been setting new records every year for years. Many of our visitors are drawn to waterfront destinations, so cities labor to provide access, seen in the waterfront walkway projects supported by coastal communities like Beaufort and Conway, but also inland communities situated by rivers, like Pacolet and North Augusta.

South Carolina cities have proven that trail projects don’t have to be located by the water to successfully boost an area’s livability and economic prospects. Several years ago, the cities of Easley and Pickens joined other communities in creating a local Rails to Trails program. The 8½-mile trail connecting these cities is known as the Doodle Trail, and it has led to new businesses opening at trail heads. The City of Walhalla, located at the foot of the Blue Ridge Mountains, saw a valuable opportunity to draw in visitors when a nonprofit organization first created the Palmetto Trail, a project that aims to connect coastal Charleston County to the mountains. The city partnered with the Palmetto Conservation Foundation to extend the trail into its downtown.

Cities and towns can also help the businesses operate within their boundaries by streamlining their business licensing and permitting processes. The City of Mauldin’s Business and Development Services office and the City of Hartsville Business Navigator provide good examples of business one-stop shops. The Municipal Association has promoted the standardization of business license processes to make life easier for those companies operating in multiple cities.

South Carolina’s local governments also strive to make sure their operations don’t interfere with commerce. For example, the City of Greer recently launched a major downtown streetscaping project, which can be very disruptive to the foot traffic that businesses need. Instead, the city government carefully communicated with business owners and the larger public. They proudly reported that three restaurants were able to open during construction. 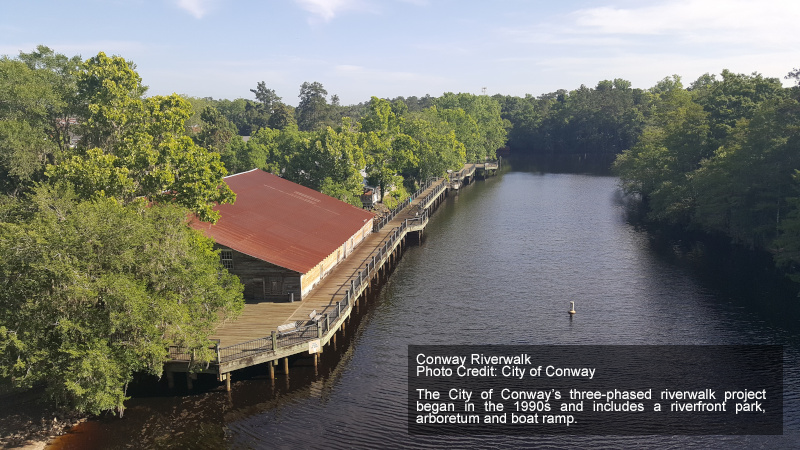 Our cities and towns also play a role in closing market gaps, taking on the kind of projects that no one else would tackle. A good example is the City of Florence, which has become known for bringing its once-empty downtown district back to life in recent years, not unlike the revitalization that Greenville and others have achieved or are pursuing now. Florence knew that it also had a downtown-adjacent issue impacting resident lives and livelihoods — just as the downtown storefronts had declined, so too had the surrounding neighborhoods. Private developers did not see these areas as a good investment, but the city believed it could spark a new development pattern.

The City created the Florence Neighborhood Revitalization Plan, which brought together local, state and federal money to rebuild streets, demolish or renovate abandoned houses, and build valuable new homes designed with sensitivity to their surrounding historic architecture. The program also provides down payment assistance for prospective homebuyers. The financial commitment was significant — $3 million for construction and incentives and another $6 million for infrastructure — funds that would not have been infused into the area by any other entity. The first houses are already built, and the city is aiming for dozens more in the coming years.

All of the examples here only scratch the surface of what is possible in cities and towns across South Carolina, since they don’t touch on areas like police and fire services, or even support for local arts and culture programming. Many times, city government is where leadership, partnership-building, resources, and the passion to improve a local community can all come together, and this combination can achieve powerful results.

WHO: Municipal Association of South Carolina

WHAT: Representing and serving the state’s 271 incorporated municipalities. 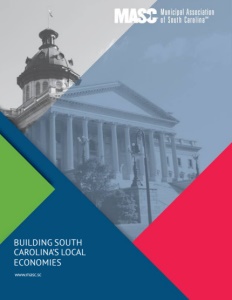