Business View Magazine interviews representatives from Sarnia, ON, as part of our focus on best practices of Canadian cities.

Sarnia is a city in Southwestern Ontario, located where Lake Huron flows into the St. Clair River at the Canadian/U.S. border. Today, Sarnia and its neighboring municipalities are home to 36 petrochemical and refinery facilities, employing some 4,500 people. In addition, the waterfront city of 72,000 is continuing to diversify its big oil industrial base to include the bioindustrial sector. Its labor force is also heavily oriented toward engineering, manufacturing, and fabrication – skills that are taught at nearby Lambton College, a national leader in applied research and the commercialization of chemical and instrumentation process technologies.

Sarnia is also home to two major business parks, dedicated to these emerging industries, including the Western Sarnia-Lambton Research Park, which was established in 2003 as a joint initiative with the County of Lambton, the City of Sarnia, and the University of Western Ontario (now Western University). It is Canada’s largest clean-tech incubator for the commercialization of large-scale industrial technologies, from lab to market. The Park is also the location of Bioindustrial Innovation Canada (BIC), a nationally focused, not-for-profit organization that acts as a hub for commercialization of sustainable chemistry and bio-based innovation.  BIC, along with the Sarnia Lambton Economic Partnership (SLEP) have been catalysts in developing the Biobased Cluster in Sarnia, which is now becoming globally recognized as the leading cluster in bio-based chemicals and clean technology. 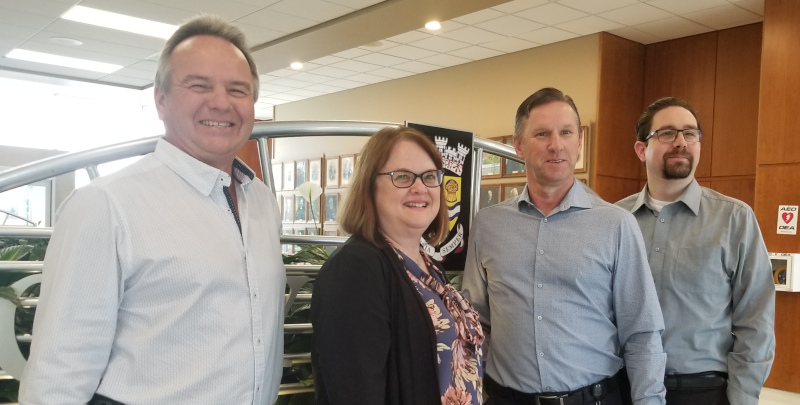 Mark Dillon, Sarnia’s Corporate Manager of Information Technology, remarks that the combination of Lambton College being the Number One applied research college in the country, together with the programs that his office has promulgated in the realm of digital intelligence, has garnered recognition from the Intelligent Community Forum, a non-profit policy research organization, focusing on job creation and economic development in the broadband economy.

“We were recognized as one of the top seven Intelligent Communities across the world,” Dillon states. “The framework has six pillars: one of them is your knowledge workforce; another is your internet connectivity; innovation is another; digital equality – making sure that everyone has access to technology in a growing digital society is another; sustainability is another one – is what you’re doing going to carry on?; and advocacy for it – are you making sure that you have citizen outreach? So, being in the top seven in the world for Intelligent Communities, and having the Number One applied research college in Canada, puts us in a pretty good place. And one of the reasons we ranked well in the internet activity area is because our partner, Bluewater Regional Networks, made a very large investment in underground fiber, shortly after Bell Canada came and did fiber to every home built, which brings our internet activity to a much more robust and leading edge level.”

Of course, regardless of the intellectual prowess of the workers in Sarnia’s businesses and factories, if product can’t get to where it needs to be, it is all for naught. Mike Berkvens, Director of Engineering, talks about an upcoming project, called the Sarnia-Lambton Oversized Load Corridor Project, that will give the city’s fabrication companies a greater ability to transport large structures to and from the city’s port.

“The project is to rehabilitate and improve a designated road that transverses the city as well as upgrade existing harbor facilities,” Berkvens begins. “The existing infrastructure, including overhead utility lines along local roads, makes movements of large loads difficult and costly. So, the Corridor will accommodate the shipment and export of oversize objects that cannot be accommodated by existing rail or transport truck, permitting large objects fabricated in Sarnia, as well as objects imported to the city’s petrochemical and emerging bio-industrial base, to be more easily moved. The designated road is 26.7 kilometers long. It will be improved by burying utility lines, creating swing arms for the traffic signals, and improving intersections to accommodate movement.

“Also, the existing dock sites were not designated or constructed to accommodate the loading or unloading of large equipment. The dock facility will then offer three different methods of loading and unloading: roll-on, roll-off, which will allow loading to be driven onto a barge with no lifting requirement; the gear vessel method would accommodate vessels that have onboard cranes with unrestricted access from the shore to the ship; and then the cargo lifted by shore crane method would use one or two cranes from shore to transfer loads to and from vessels. The city has hired a project manager, who’s met with all the fabrication companies in the City of Sarnia to start this $12 million project. So, far we’ve got about $4 million worth of allocated funds between the City, the county, and the nearby township of St. Clair. Construction starts this year. They’ll be clearing the road so shipments can come from the fabrication shops directly to the site of Nova Chemicals, which announced its own $2 billion project, last summer.

“They’re creating a couple of new facilities; one is a new polyethylene facility that will allow them to continue to grow their polyethylene business and high performance applications. This construction is underway and scheduled to be complete by 2021. The other is the Cracker Expansion; this project is linked to the new polyethylene facility and will provide ethylene feedstock. The expansion will increase the existing unit’s current capacity by more than 50 percent. This project is also scheduled for completion in 2021.” 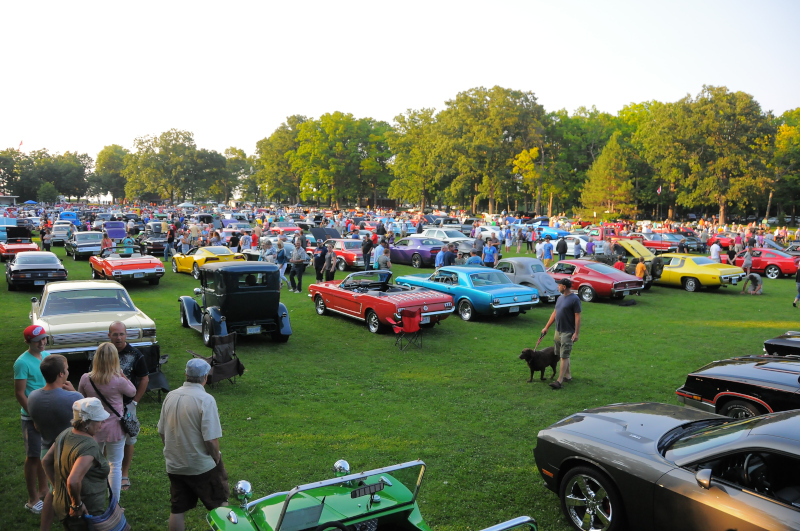 Meanwhile, other infrastructure projects are also ongoing in Sarnia, one of which concerns upgrades of the city’s sewer system. “We have a small community within the city called Brights Grove,” says Berkvens. “We completed a new sewage lagoon system in 2017, with a new system called SAGR, which stands for Submerged Attached Growth Reactive system. It allows us to treat water down to one degree Celsius. With our old system, when it got to five degrees, we had to stop treating. So, it extends our treatment period. The other project is the Bedford Pump Station replacement. This is a replacement of the city’s largest pump station. It will provide service to approximately 50 percent of the city and also will provide future growth for both industrial and residential property. It will eliminate one pump station and involves approximately two kilometers of a five-foot diameter gravity sewer being installed.”

Some older, ongoing projects in town have finally been completed. Centennial Park is one of the city’s flagship recreational area. It’s a 33-acre waterfront site where contaminants were found a few years back. The City undertook an extensive brownfield remediation project over the past 5 years – a $13-million investment that included $10.7 million for park remediation and another $2.6 million for replacing the water and sewer services. Private businesses and community groups helped by sponsoring a new community band shell, a solar-powered pedestrian crossing and bus shelter, and an accessible garden and playground area. “Centennial Park is back up and running,” says Rob Harwood, Director of Parks and Recreation. “It was a rather extensive revitalization project, but now, we have continuous, ongoing programming in that park. We’ve got quite a docket of summer festivals and events that are being held there; one that we’re quite proud of, in August, will be a combined Arts & Crafts Festival, a Tall Ships Festival, as well as a music festival.”

The finished park also features a new public boat launch next to the city-owned and privately-operated Sarnia Bay Marina. “We continue to operate the Sarnia Bay Marina, with boat launches and a very active boating and fishing community that is very happy with those amenities,” Harwood continues. There is great connectivity between the Marina, the park, and the downtown that makes it the place to be for residents and visitors alike.

“We’re also very proud that we have Blue Flag status at our feature beach which is Canatara Park Beach,” Harwood adds. “It’s a North American accreditation – there’s a lot of environmental stewardship that’s attached to applying for that designation and we are measured a couple of times during the year to make sure that we’re living up to those standards. Finally, we have an active Sarnia Environmental Advisory committee that is involved in Go Green Environmental awards. So, we’re trying to work with our community to educate and reward those who are actively seeking opportunities to be as green as possible. That would include the 700 trees that we plant each year for phragmites control.

Yet another project is the repurposing and redevelopment of two city blocks that used to be home to the Sarnia General Hospital, which was vacated in 2012, and had been sitting vacant as a deteriorating brownfield site within a mature and established neighborhood. A group of five local businessmen, who call themselves the GFive Group, entered into a public/private partnership to get those buildings remediated, torn down, and then redeveloped. With the city’s investment of $5.35 million dedicated toward remediation and demolition, the GFive Group took on the demolition process with the intent of redeveloping those two city blocks into a productive, mixed-use community.

“The GFive has now completed the total demolition of that site and have since almost completed their backfill materials,” Berkvens reports. “They’re now in the process of creating a site plan agreement with the city to do some medical offices or different offices for the site. They’re also looking to do 11 residential  lots on Essex Street. It was one of the streets scheduled for reconstruction, so we moved that project ahead in the schedule to work with them to service those 11 lots and to totally reconstruct the street. It’s a $1 million project; they’re contributing to it, but we’re also benefitting by separating our sewer system in that area and updating the water system.”

Bayside Mall in the downtown core, developed back in the 1980s, sits on about nine acres of city-owned land, and has been in decline for several years. Season’s Retirement Communities is in the process of acquiring the site and has ambitious plans to repurpose the mall space and also build two residential towers – one oriented towards both independent seniors and the general public market, and the other as independent supportive living and memory care suites for seniors. According to Tammie Ryall, Acting Director of Community Development Services and Standards and Manager of Planning, “Seasons is still in the process of negotiating contracts with current lease holders. Completion of this project will transform the form and function of the main street, and reopen a pedestrian link to the waterfront.  We are excited that this project is moving forward.”

Also on the City’s agenda is Mitton Street Village, a small community just southeast of downtown that has fallen on hard times. The former hospital had anchored one end of that village and an older high school that’s being surplused anchored the other end. The City is trying to decide just how to best rejuvenate that neighborhood, and how to provide adequate and needed housing for its residents, as well as good opportunities for investment. “The committee is actively meeting,” says Ryall. “They’ve done some outreach sessions; they’ve had a community event and we got some good feedback from the community and, right now, the committee is looking at improving the street furniture in the area, improving a local park, and also considering a Community Improvement Plan for the area. So, that is ongoing, as well.”

Finally, Sarnia’s local airport, the Chris Hadfield Airport, is getting upgrades from the federal government – almost $600,000 in funding that includes the rehabilitation of the taxiway by grinding down the existing surface and replacing it with a hundred millimeters of new asphalt.

And so, Sarnia, Ontario continues to move forward with new ideas, new industries, and new projects for the benefit of its citizens.

Hyattsville, Maryland – A world within walking...