Town of Truro, Nova Scotia – Rolling with the changes

Rolling with the changes

Business View Magazine interviews representatives of Truro, Nova Scotia for our focus on Economic Development in Canadian Towns and Cities

The towns and cities of the Atlantic provinces are the oldest in the country. They have seen hundreds of years of progress and change, each one inventing and re-inventing themselves many times over the years. The endearing Town of Truro, Nova Scotia is no exception.

Located on the south side of the Salmon River in the Cobequid Bay region of the Bay of Fundy, today’s Truro was originally a Mi’kmaq settlement called “Wagobagitik.” Acadian settlers came to the area in the early 1700s but many were forced to leave during the expulsion of the French Acadians in 1755. By 1762, the British had settled in and re-named the settlement Truro, after the city of the same name in Cornwall. 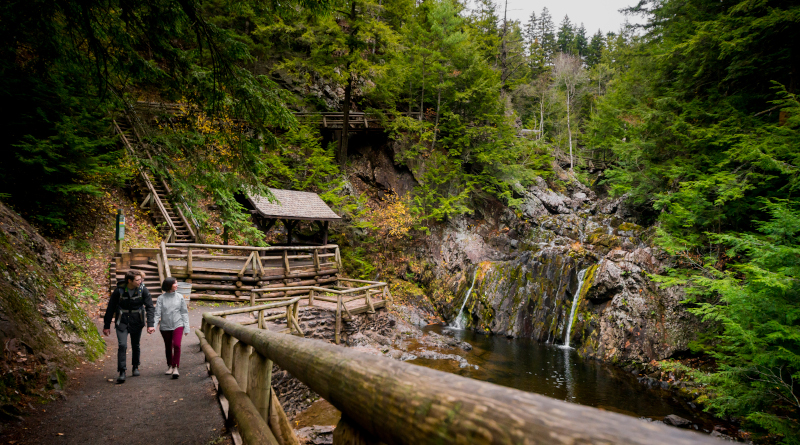 So, from a fishing community to a farming community, the next major change occurred when the Nova Scotia Railway between Halifax and Pictou was built in 1858. Truro became a railway “hub” and this position was only solidified when the Intercolonial Railway to Central Canada was built in 1872. It was also around that time that the Truro Woolen Mills, which later became Stanfield’s Ltd, and other industries were set up to take advantage of the convenient transportation Truro provided.

“We are the largest town in Nova Scotia,” explains Mayor Bill Mills, “and we’re in the centre of the province. We have neighbours right across the bridge of the Salmon River called Bible Hill and combined with us and the smaller settlements, the population for Colchester County is 50,000 people. Within the town of Truro itself, which is the urban hub to Colchester County, you are looking at close to 13,000 people. We were primarily built on the railroad, but we still also have a strong agricultural base, as well as a very strong academic base with what used to be the Teachers College, now the Nova Scotia Community College, A\and just across the river we have Dalhousie University’s Agricultural Campus which serves people from right across the country and around the world who study in the field of agriculture and food production for the future.”

A gem of the community, Stanfield’s is a company almost as old as the town itself and is well known throughout Canada and even North America for its quality undergarments, especially ‘Long Johns’. “We actually have a pretty diversified economy,” chimes in Truro CAO, Mike Dolter, “and a large industrial park, which we are just now looking at expanding because there is no more space. Because of our location, we are an attractive place to set up shop and there are always people looking. Last year we had a carpet manufacturer shut down permanently and that left a 400,000-foot building was left vacant. It resulted in the loss of quite a few jobs, so we were quite concerned. But then, this fall, we were fortunate to have a local company, Asante Logistics Group, purchase and move into the facility and they’re providing full-service freight and logistic services across Canada, and even internationally.”

It was a testament to Truro’s strong economy that when a major employer disappeared, they were replaced in a very short period of time. The town strives to take the steps necessary to support business and create an environment where companies are able to flourish. Dolter notes, “Some of our businesses have gone online, and some have just rolled with the changes. Stanfield’s is a good example, they picked up a $20 million contract to provide PPE during COVID and they kind of retooled and started working with another local company, Intertape Polymer that produced the material that went into the gowns Stanfield’s were providing. Again, a bit of local business cooperation that landed a pretty major federal contract, so we’re very happy about that.”

Rolling with the changes has seen Truro once more enter an era of growth in new directions, and COVID-19 actually may have helped. “We did a shift when the pandemic began,” explains Manager of Economic Development, Alison Grant. “We started focusing more on our individual businesses, especially our small businesses. Particularly, we wanted to help those that were the worst affected by the pandemic such as our restaurants, our retail sector, and our personal care services. So, along with the Downtown Truro Partnership, we launched a couple of initiatives and some incentive programs. One of those initiatives was to use our own currency, called Downtown Truro Dollars, which are accepted at over 100 local businesses, as an incentive. We encouraged people to shop local by offering up to 25 percent of their purchase back in Downtown Truro Dollars, up to a maximum of $100. It helped the businesses but also had the effect of making it more desirable to shop in local stores. Our results show it incentivised about $20,000 worth of local spending.” 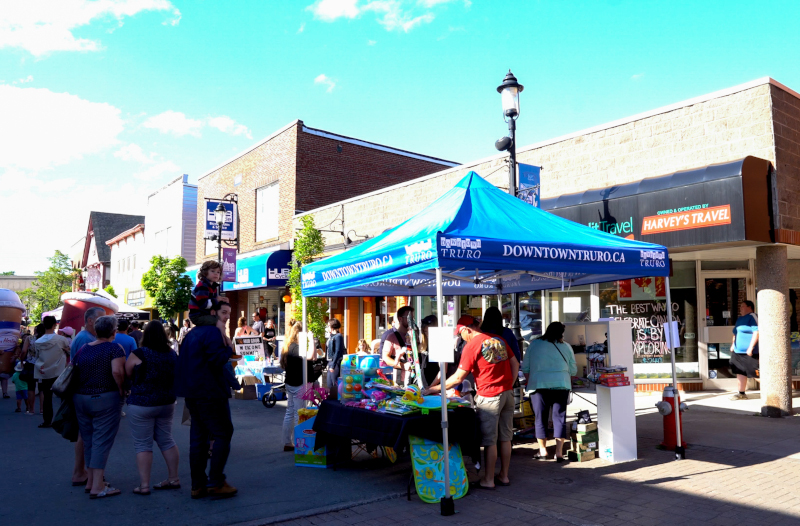 Another project was the implementation of a local delivery service. During the spring of 2020, when COVID was at its worst, the town offered free delivery from local businesses. It covered all of Colchester County, as well as East Hants and Pictou Counties. Between the end of March to mid- June, over 1000 packages were delivered, and that resulted in local spending of over $50,000. Because of the success of the program, when the second wave hit Nova Scotia in the fall of 2021, the town thought it was crucial to offer a similar program to incentivize shopping locally during the December holiday season. Grant shares, “We widened our partnership on Phase 2 and had our local regional enterprise network, the Truro Colchester Partnership for Economic Prosperity, and the County of Colchester come on as partners with us. We also expanded Phase 2 into the Halifax market. It ran for eight weeks and we delivered over 600 packages – this resulted in another $45,000 in local spending. All of those programs were well received, and it made a difference for our local businesses. We even saw a number of new businesses open during the pandemic.”

Truro did a lot of work over the last decade to develop their downtown core, making it more of a hub of activity and a gathering place for cultural events and concerts, with a revitalized library and farmers’ market anchoring the town. The second step has been to move away from single-family housing and focus efforts on multi-unit living within the downtown core. This was a direction that had never been tried in the town and has paid off. “All of what we have invested in, from a revitalization perspective, has made a tremendous difference to the downtown area,” says Dolter, “Right now, we’ve got three major buildings that are under a development agreement and a fourth coming on board shortly. That will bring some 400 living units to the downtown core, so that’ll have a tremendous impact on businesses.”

Education facilities in the town have contributed to successful growth, as it relates to the workforce. Grant reports, “There are businesses and opportunities here for people graduating from the Dalhousie Agricultural Campus or the Nova Scotia Community College. Graduates are able to find opportunities and stay in the community.”

Truro has seen strong private sector growth over the last five years. “Along with the public infrastructure development, we’re also seeing banner years for private construction values. Four of our past five years have been some of our strongest years for private construction values in the Town of Truro. We have over 1000 multi-residential units in the planning process, approved for construction, or under construction. We expect these to be built over the next 5-10 years,” stated Grant.

“Right now we are focused on making Truro a place where people can, and will, want to work and live,” adds Mills. “This has been our strategy in terms of economic development. We have done a lot of work on recreation projects, such as our parks and trails, including our bike trails, hiking trails, and ski trails. We recently had an all-day session to look at our future planning and our priorities as we move forward., We’ve also seen a significant shift in our Council, bringing on four new Council members this past fall. This brings new ideas and enthusiasm, and want to focus on infrastructure from a quality of life point of view.”

Over the next five years the town will be working on a combination of sustainability, workability, and creating vibrant neighbourhoods with a robust economic base. “We must work with all of our community partners,” says Dolter, “to create a really strong regional feel for the area that’s going to encourage people from all over Canada to be looking at Nova Scotia, and Truro in particular, as a place that you’re going to love living in. We’re not looking for development for the sake of development. We want to do the right thing for the town.”