As a fast-growing border city, Sunland Park, New Mexico is welcoming new growth with optimism. Bordering both the state of Texas and the Mexican state of Chihuahua, Sunland Park is working to put itself on the map as a tourist destination, while attracting new residential and commercial growth, and bringing exciting opportunities for work and play.

Reporting that this year’s general fund budget was the largest in the city’s history, Mayor Javier Perea is excited about the growth Sunland Park is experiencing and the huge potential for the community. He shares, “Last year we came in with about $11 million in revenues, about $3 million more than we anticipated in the prior budget year, which is very good. Now we’re going to try and invest those additional revenues into infrastructure that’s much needed throughout the city.” 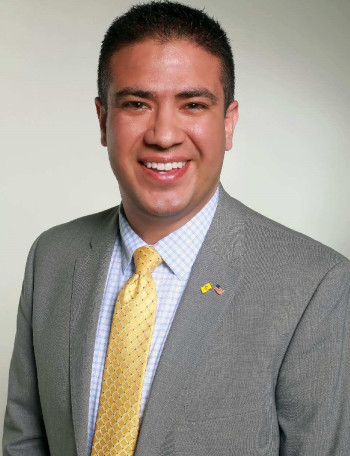 One of the reasons for this unanticipated revenue was the legalization of cannabis in the State of New Mexico. “That has been creating a lot of new business for the city,” explains Perea. “Geographically, being located next to El Paso Texas, we have a market of about 800,000 people and then there’s another 1.2 to 1.4 million people on the other side of the border. We’re in a large metropolitan area, but we’re the only little niche where sales of legal cannabis can occur.”

Ranking between fourth and fifth in the state for cannabis sales over the last several months, Sunland Park has four retail shops open for business, with several others in various stages of the permitting process. With monthly sales close to $1.4 million, the city receives 3% of the 12% tax collected on cannabis purchases. “So that’s creating additional revenues that right now that we had not included in our budget. That’s going to be extra windfall for our operations and hopefully, we’ll have a plan on how to spend those dollars, but we’re still trying to get a better sense of what we can count on into the future,” says Perea.

Currently these cannabis shops are clustered into the southern part of the city, due to the fact that vacant buildings are hard to come by. Mayor Perea maintains, “We have a lot of vacant land and we hope that this business is going to help catalyze further development.” On the list for possible new development is an indoor/outdoor entertainment venue, which will also feature a dispensary. Plans for attracting new retail shops and creating an anchor cannabis retail location are on the agenda. “That sort of ties into everything that we want to do, especially in the entertainment district, which is around the Sunland Park Racetrack and Casino. We hope cannabis sales spur some economic development,” Perea adds.

Funding to further develop the city’s portion of the Rio Grande trail, which follows New Mexico’s Rio Grande River, will connect Sunland Park to the rest of the state and to the El Paso trail system. A river walk is also in the planning stages, something Perea believes will be pivotal to the vision of downtown development. He notes, “We have the Rio Grande which is an asset that we haven’t used effectively in the past. So, the development of trails and commercial spaces along the river, with a river walk or a boardwalk, is part of that vision.”

A new Port of Entry with Mexico is another part of the vision for the city. Working through the process with federal agencies on the Mexican side, Perea is hopeful that this process will soon be ready to bring to the Governor of New Mexico and the U.S. Federal Government. Suggesting that this Port of Entry would be a great economic impact to the City of Sunland Park, Perea relays, “First and foremost would be the creation of new commercial areas that don’t exist right now, with an additional influx of traffic and connection to people. This would help us create a downtown within the City of Sunland Park, with entertainment venues like the Sunland Park Racetrack and Casino, and help us create an identity for the city which doesn’t exist today. You can drive to our municipality and just hit a lot of housing and a few commercial areas, but there’s no true identity. Our hope is that with this Port of Entry, we can create a center location where people can say: This is Sunland Park, this is home.”

With a growing fire department and police department, Sunland Park has also acquired an ambulance, a necessary purchase in the expanding community. “Sometimes waiting for an ambulance from across Dona Ana County would take anywhere from 30 to 45 minutes. Now that we have this ambulance service here within the City of Sunland Park, exclusively, we’ve improved our response times to critical emergencies in our community,” says Perea. The city is also putting out a question to the citizenry for bonds for equipment such as firetrucks, street sweepers, and street improvements. He adds, “There’s a lot of different funding opportunities, and this was one that the city hadn’t tapped into in the past. So, we continue to be the first in doing a lot of things that hadn’t been done here before.” A $950,000 grant for a public safety building was also awarded, which will bring the police and fire services to a more central location in the community. 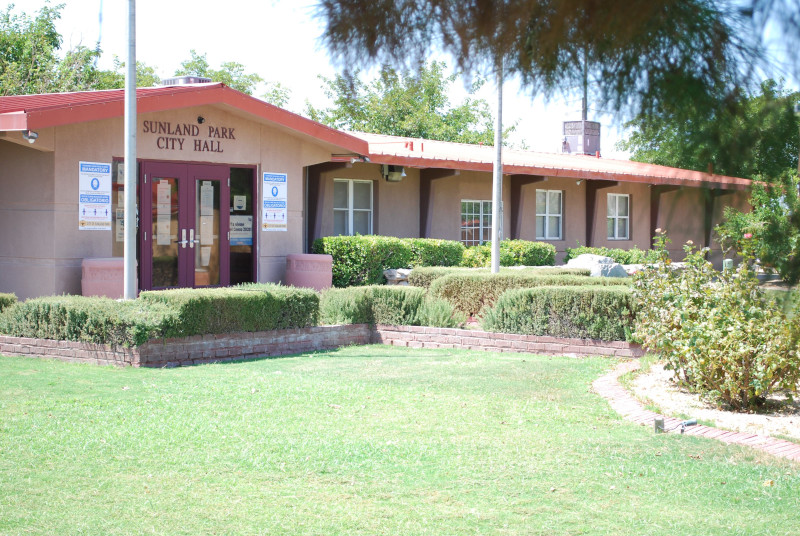 On the housing side, the city continues to see growth, although Perea admits the demand remains high. He shares, “With this ongoing housing development, we hope that we’ll continue to be enticing for new commercial businesses to come into the City of Sunland Park.” Santa Teresa Industrial Park, to the west of the community is also experiencing continuous development, which is a benefit to Sunland Park. Reaching a point where expansion of the park is required due to a lack of available space, the state is also investing in an expansion to the Santa Teresa Port of Entry, to allow the transport of wind blades. “They are addressing large commercial vehicles in that area. They’re also working on the feasibility studies for a new highway that they want to connect straight into Sunland Park. So, that will further open up a lot more land for development, for both commercial and residential areas,” remarks Perea.

With the addition of the New Mexico Workforce Connection, that recently opened an office in Sunland Park, the city has a resource for those seeking training, education, or employment. “We were working with them before COVID to get that location open,” says Perea. “Once COVID hit everything pretty much came to a stop, and finally now we’ve been able to pick that up. There’s a slew of services that are available and it’s walking distance for some and much closer than having to go to Las Cruces or further out into the Dona Ana County.”

The city has also launched a Chamber of Commerce, which is picking up momentum across the community. Through the Sunland Park branch of the Dona Ana County Community College, the city is also able to connect local industry to skilled workers. Aiming to establish partnerships with businesses like Pacific Industries, the college provides programs such as welding classes, for those looking for work in that field. “They’ve worked to establish programs with the local industry here and in Santa Teresa,” describes the mayor. “The America’s Small Business Development Center just opened up an office here at the community college as well. This is also advantageous for businesses in our community to help them get connections and to help them better grow and plan for their businesses.”

Home to such attractions as Sierra de Cristo Rey – a mountain with a 29-foot statue of Christ at its peak which draws thousands to the area – Sunland Park is striving to strengthen its reputation a tourist destination. Perea conveys, “We want to capture the natural elements that are around us, but also provide modern amenities that a city of the future can have. Our focus in the city itself, the city limits, has been on targeting the tourism industry.” Indicating an interest in bringing cannabis consumption lounges to the city, Perea promotes Sunland Park as welcoming to the development of additional hotels and attractions as well.

With only one year left in his term, Mayor Perea, who is also Past President of the New Mexico Municipal League, says his personal vision for the growth of the city over the next five years would include an investment in infrastructure such as water and wastewater facilities, a vibrant entertainment district, and the construction on a new Port of Entry getting close to completion. His wish list includes all of the requirements to make Sunland Park a vibrant destination, and a wonderful place to call home.

Where: On the border of El Paso, Texas and Chihuahua, Mexico

Want a higher-paid job? Train for only six months to a year. The Doña Ana Community College (DACC) Union Pacific Industrial Career Academy in Sunland Park, NM is training for many careers! Employers are looking for employees in logistics, warehousing, transportation, manufacturing and more. To register call (575) 527-7776.