The City of Seagoville, Texas is the kind of place people fall in love with when they visit because of its small town community feel, friendly residents, and helpful city staff that treat everyone like family. It’s one of the reasons Seagoville’s population is growing steadily, causing the city to need to update and expand their infrastructure, relocate and add to emergency services. And it’s why the city’s business and retail sector finds room for established businesses and entrepreneurs alike. Seagoville’s official slogan “The City of Opportunity” isn’t just a tagline to municipal staff, councillors, or residents. It’s a promise! And everyone is committed to the success of this thriving municipality.

Seagoville City Manager Pat Stallings boasts, “It’s a great place to live, work and play. We have nine parks, which is more than most cities our size. It’s what a I call a perfect community – close to an urban setting, but you still have the rural feel of being in the country. Our population was just under 12,000 in 2010 and has grown to over 17,000 in 2020, but I believe in recent years there has been a population boom and that the current population could be significantly higher than that with a new census.” Considered a suburb of Dallas, Seagoville is located in Dallas County with a small portion on the southeastern part encroaching into Kaufman County. Seagoville’s northwestern border butts up against the City of Dallas, only 20 miles from its downtown core, giving residents and businesses access to all the amenities that an urban environment offers and the relaxation and peace of mind of living in a rural community setting. 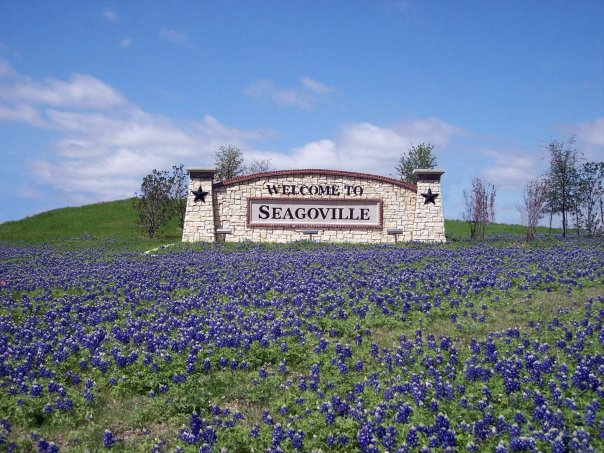 The Town of Seago was founded by T.K. Seago in 1876. He cleared his land of the dense timber and built the first general store in the area – having $200 worth of stock in dry goods and groceries when he opened. In 1881 he was also the postmaster of Seago. T.K. stayed in the area until at least 1883 before moving to Comanche County, Texas to represent that county in the Texas Legislature. A growing agriculture industry kept enough people coming to Seago to build a one-room log school house in 1867. The first true brick and mortar elementary school was built in 1910 after fire destroyed the original frame building on the site of the present day Seagoville Elementary School. The T & NO Railroad came through Seago in 1880 bringing even more people and vendors. The area become a busy rail center; citizens no longer had to go to Lawson for their mail and farmers could market their cotton and other crops by shipping them to Dallas on the railroad instead of on wagons.

The U.S. Post Office gave the city its current name when it added the “ville” to “Seago” in 1910, to avoid confusion with another city in Texas named Sego. The current Federal Correctional Institution, which remains one of the city’s largest employers, was first built in the 1930s as a women’s detention station. Located on the west side of Seagoville near Highway 175, the FCI employs more than 200 people form the community and brings in federal employees from all over the country.

Today, infrastructure is at the top of the agenda. According to Stallings, “The city is pushing forward with more sustainable roadways and trying to get something that will last longer than the asphalt. That’s going very well. We’re trying to do away with asphalt roads to replace them with concrete.” Concrete roads are highly durable and more environmentally friendly than asphalt. They are less prone to the wear and tear that causes ruts, pot holes, cracks, and texture loss that happens with flexible pavement. Although more expensive upfront, concrete roads need less maintenance, or none at all, and may cost less over their 40-year life expectancy. 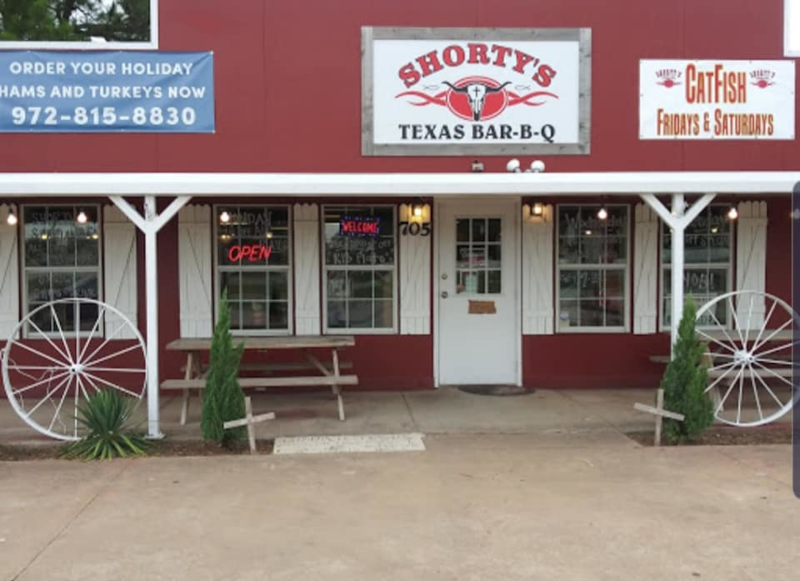 The city has invested a little more than $5 million into the roadways this year, like their major thoroughfare, Malloy Bridge Road. It’s now a four-lane concrete road with updated drainage features. They are currently working on the Crestview Lane residential area. The Crestview project will be a new concrete roadway which Stallings believes, “is much more superior than before.” Two other roadways Ross Lane and Johnny Row were replaced with concrete and storm drains and a portion of Farmers Road was replaced with concrete. Funding for roadway improvements comes from the General Fund, Certificates of Obligation and Grants from Dallas County. Also of note, construction of Fire Station Number 2 on Simonds Road has almost reached completion.

Despite the COVID-19 pandemic, Seagoville has been doing better than expected with their sales tax increasing by over 3.5 per cent. Happily surprised with that turn of events, Stallings admits, “We were gearing up for a huge downturn in our economy with this COVID-19 but it turned out to be the opposite. And while a lot of people were out of jobs, which is very sad and we hate that, the community really stuck together and shopped Seagoville. Our property taxes all came in. Through the pandemic that we’re still under, the community has supported the city. It’s been a good relationship with everybody and we’ve come out on top.” The Seagoville Economic Development Corporation (SEDC) was one of the first in the state to offer COVID-19 relief to local companies, when they gave out $1,000 grants to help businesses survive the first stages of the pandemic. Now, they are in the process of handing out more than $700,000 in federal relief funds.

The SEDC is no stranger to helping businesses in the community with everything they could need – from working with city council to incentives and helpful advice. Stallings is the only direct employee of the SEDC and also manages the city, that leaves all of the funds that go to the SEDC available for incentive programs, like its improvement grant that gives a maximum of $15,000 to help a business with façade and/or parking improvements. There are many for new businesses as well. “The SEDC will do whatever it can,” says Stalling, “as we’ve got a very robust budget. We bring in close to $1 million a year just in sales tax that funds the EDC in order to make sure that we’re able to give as large incentives as possible. We’re also actively working to revitalize our downtown. Seven years ago the downtown was really dead, but now most of the buildings are full.”

After the U.S. 175 highway was built, retail and industry sprung up around it and downtown Seagoville suffered.

But that is about to change. The city plans to relocate some city facilities downtown to increase foot traffic. There are also seven new townhome developments being built downtown for young professionals and older adults who are looking for a more walkable or bikeable community. Recreation-wise, Seagoville already has much to offer, including nine parks, the largest being Bruce Central Park that also has refinished concrete road accesses. Within the park is a large pond featuring newly installed erosion barriers, a walking trail, an accessible playground, splash pad, and a variety of athletic fields. The city also offers many recreational leagues and facilities for residents of all ages to enjoy year-round due to the area’s warm climate.

As for what makes Seagoville so special, Stallings sums it up in one all-encompassing sentence, sharing, “It’s just a nice place to be.”

Manitowoc, Wisconsin – The positive power of...