Nurturing industry, tourism, and the land

Business View Magazine interviews representatives of Letcher County, Kentucky for our focus on Infrastructure and Economic Growth in American communities

Industry is always organic in the sense that it grows out of a community’s needs. Since pivoting from an economy largely reliant upon revenues from coal and gas companies, Letcher County, Kentucky – located in the southeastern part of the state, along the West Virginia border – has encountered unprecedented periods of growth and decline, emerging all the more decisive in its next steps to rebrand itself as an eco- and adventure tourism destination.

“It’s no secret that what we’ve experienced here in Letcher County over the last seven or eight years has been nothing short of a volatile economic turn,” shares Bridget Back, Research and Program Effectiveness Director for the EKCEP. “At this time, our Gateway Industrial Park is working with economic development agencies to attract and recruit new businesses. What we’re in right now is a kind of rebirth stage.” 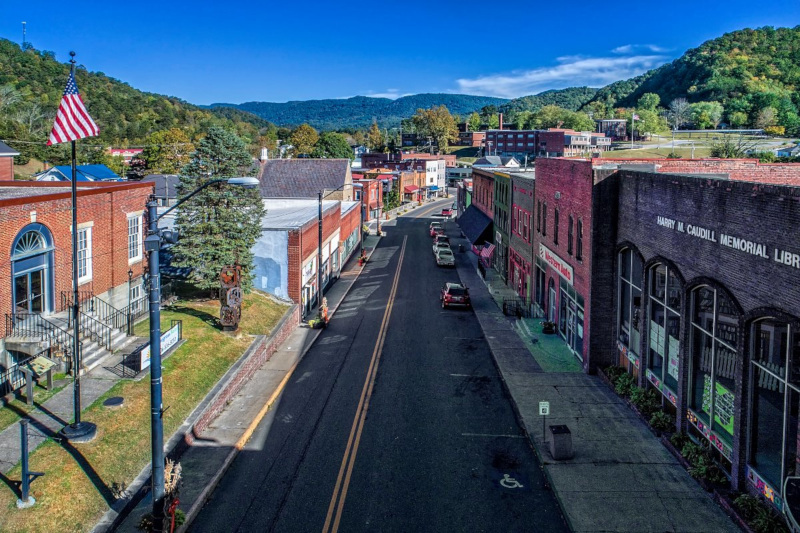 Federal funds, like those available through the Abandoned Mine Land (AML) Reclamation Program, have been key to local economic recovery efforts. “We’re developing a composting project and are currently seeking AML funding to put that into operation,” offers Terry Adams, County Judge Executive. “Waste would go into a digestor that would process all of the compostable matter, cleaning up our environment some and decreasing the volume of garbage going into our landfill. It’s going to cost around $6 million to get it up and going. We’re also working on several water projects here in the county, to provide water for residents and future business. We have plans for a federal prison, which is in the development stage, as well as a general aviation airport.”

To this, Back adds that it’s difficult to single out Letcher County’s larger projects because so much of what transpires in Eastern Kentucky, from economic development to infrastructural transformation, happens on a regional scale. Nonetheless, she insists her county has a lot to be proud of; namely, a bounty of natural wonders, including thousands of acres of woodlands on Pine Mountain and the Bad Branch Falls State Nature Preserve, home to one of the largest concentrations of rare and endangered species in Kentucky.

“We’re one of the most beautiful parts of the state,” she says. “We have lots of hiking trails. There’s a ton of outdoor activities for people to do. We’re heavy with musical history, with Bluegrass. And lots of arts and heritage. Much of the work that’s going on here is centered on tourism. Fish Pond Lake is a 900-acre man-made lake that’s remarkable. Many of our efforts are focused on revitalizing that park. We’re essentially rebirthing industries and trying to promote and grow those industries. One of the main drivers of that is going to be tourism – bringing people to our area through eco-tourism.”

“A lot of work is going into Fish Pond Lake, which has a 3-mile road along its perimeter,” confirms Missy Matthews, Chairman of County Tourism. “We’re getting ready to install tiny houses in the woods surrounding the lake which will serve as rental properties. Something we see popping up throughout the county is Airbnbs. These aren’t large businesses; not new brick and mortars with lots of employees. What they represent is a little extra income for families in the area who are remodelling, dialing up nice assets, and putting them out there for our guests. Because we don’t have a lot of choices for overnight stays. Many folks are saying we’ve got the best Airbnb selection in the region. People are choosing to stay here with us, hike our trails, and sleep in our Airbnbs. Then they’ll drive to neighboring counties – to the big chain hotels like Hampton and Holiday Inn – for their meetings.” 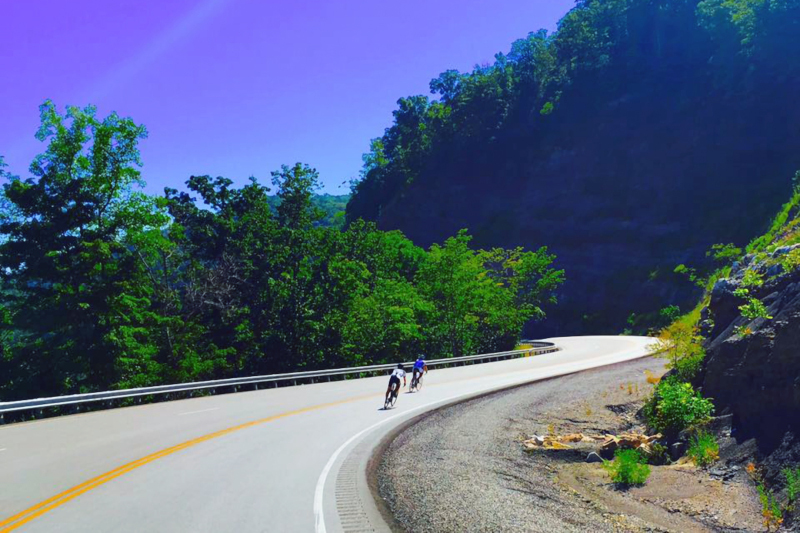 In addition to the boom in vacation rentals, Matthews identifies another local travel/tourism trend that bears mention: thru-hike training on Pine Mountain. “This tends to go unrecognized by locals, but we have a 17.5-mile trail that spans our county, winding around the ridge of Pine Mountain,” she says. “This is a highly sought-out trail. Folks that hike the Appalachian Trail, or that are conditioning themselves for the Appalachian, come to our County to hike that 17.5-mile trail because it’s more challenging. I hiked it, myself, last year and I feel that I could accomplish the Appalachian Trail now.”

AML funds, $3.5 million worth, have also been allocated by the East Kentucky Heritage Foundation Inc. for the design and development of Thunder Mountain Resort, a world-class sport shooting and archery range that will further cement Letcher County’s status as a true adventure tourism destination. “In its completion, it will be a $5 million project,” Matthews confirms. “It will host all shooting disciplines. Every course will be eligible to host national competitions. We really aren’t interested in building just an average shooting resort. Thunder Mountain will host an RV park. It will have a country club-style clubhouse, rental cabins, and a bath house. It’ll also feature casting ponds. There’s a lot of fishermen in the area, and this would give them an opportunity to hone their craft at making their own lures. There will be a clay pigeon course and, of course, skeet traps and pistol/rifle ranges. We’ll also have a 3D archery range which will be the first in the state. We’ll be able to host those competitions in addition to standard archery tournaments.”

“We’ll have paintball too, which, believe it or not, is also a competitive discipline in shooting,” Matthews jests. Competitions hosted at Thunder Mountain are expected to bring in 200-2000 participants at a time, which would benefit the surrounding counties by attracting new businesses like gun shops and outfitter stores. “The resort will spark commerce in this community because we’ll have travellers,” says Back. “People that typically shoot sport tend to have a little extra money in their pocket. They’ve got disposable income and they prefer to stay in $100,000 RVs. We’ve got to be able to accommodate those at the park, as well.”

One of the lasting lessons that county officials have learned in the last several years has been the myriad ways they can appeal to a growing demographic of remote workers who earning a living while pursuing their travel dreams. “The EKCEP runs the Teleworks USA company,” Back explains. “Teleworks USA exists to pair people who want to work from home with national companies – U-Haul, Holiday Inn, Apple. A lot of these companies hiring teleworkers don’t house them in brick-and-mortar call centers. Most of them work out of their own homes. We’ve been working with local high-speed internet providers to expand internet service within our county. That’s going to help in different ways.”

“Firstly, it’ll give people who live in remote areas of our county—areas where there’s not a lot of industry – an outlet for employment,” Back continues. “The other aspect in which this will help relates back to the Airbnbs. We know from our involvement with Teleworks USA that there are a lot of people in the country who work from home for large companies, such as Google, or Apple, and they have the freedom to work from anywhere in the world. Many of them enjoy the outdoors, so they’ll move to remote areas like ours and rent an Airbnb for the summer months, so they can be close to hiking, biking, and the lakes. The Red River Gorge here in Kentucky, down around Powell County, is huge for that. There are millions of tourists that come every year just to climb those rocks. They’ll stay for months on end and continue to work from home, basically, working from their campsite. That’s part of what we want to help attract here, too. Developing our high-speed internet infrastructure would allow us to market that, and to bring in that avenue of tourism. Not just your weekend warriors looking to do a hike – we’re talking sustainable tourism.”

Judge Executive Adams promises a lot of new and exciting things revolving around tourism and general infrastructure are on the agenda for the future, stating “We’re reaching out to folks in these industries to come to Letcher County.”

Where: Southeastern Kentucky along the West Virginia border