The Town and Country Resort was the first hotel built in the Mission Valley region of San Diego. Constructed by local developer, Charlie Brown in 1953, it was initially a 46-room motor inn, set amid farmland and pastures. It wasn’t until 1970, three years after Brown’s death, that his son, C. Terry Brown, expanded the property to include a convention center and a 10-story hotel tower. “Brown’s vision for it, was to be a hotel people would take their families to, to come see San Diego, and eventually, to have meetings and conferences, there,” says Director of Sales and Marketing, Susan Penman. “He had his mind set on turning it into one of the premier properties in San Diego.” 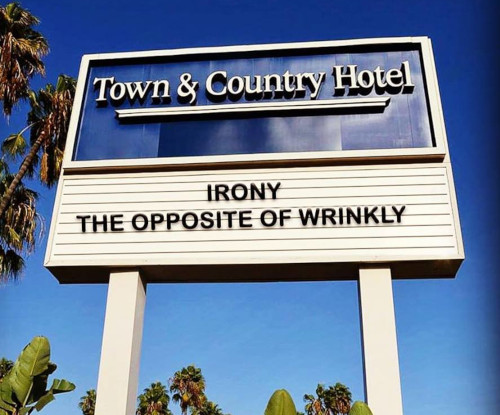 Today, the Town & Country Hotel and Convention Center is, indeed, one of the largest convention hotels on the west coast. It offers a total of 220,000 square feet of indoor and outdoor space with a 42,000-sq.-ft. exhibit hall, two divisible ballrooms – 24,000 and 17,000 square feet – and 935 guest rooms. A landmark resort hotel for over 60 years, the Town & Country has been considered an iconic expression of the 1960’s Southern California vibe – relaxed, playful, and laid-back, with service that is engaging, approachable, yet unobtrusive, where everyone feels welcome.

But time has taken its toll on the property and now it is in the midst of an $80 million facelift, slated to conclude in the middle of 2020, that will transform the 40-acre property into a go-to destination for vacationing families, as well as business travelers and conventioneers. “Historically, we were almost a thousand-room hotel,” says Penman. “With the renovation, we’ll be taking that down to a peak of 675 rooms. The meeting space will stay; we’ll be adding a three-acre park along the Riverwalk and quite a few other nice amenities. So, over the course of the next year, the property will be transformed. Our goal is to bring it to a four-star level. It’s been a mid-three for a long period of time, so it needed a renovation.”

By the time the ambitious makeover is completed, about a third of the hotel’s structures will have been bulldozed and in their place will be a grand new entryway and lobby, three new restaurants, a spa and, in the center of it all, a two-acre water attraction, complete with a sandy beach, slides, waterfalls, and a lazy river-style pool. The redevelopment also will restore 8.1 acres of native habitat, and the new park will include a 2,500-foot-long, 14-foot-wide pathway along the river, linking with an existing trail.

While the convention center and the hotel’s Regency and Royal Palm towers will remain, with 207 and 324 rooms, respectively, they will be modernized, as will 151 of the garden rooms, which will be redesigned in a beachfront milieu, situated on the edge of the future pool area and its planned sandy frontage. Also envisioned, are plans for private development of four residential towers with more than 600 apartments on the eastern and southern fringes of the property that would coexist with Town & Country’s hospitality and convention facilities.

With its new look and amenities, Penman says that the Town & Country will remain very competitive. “If you’re a group that’s price sensitive, and you’re looking at using a convention center, the cost can get very high,” she explains. “So we’re still looking for that client that doesn’t have millions to spend. We’re not going to compete with downtown hotels, directly, however the corporate, association, and social markets, when they come to this area, we can offer them something competitive, plus the ability to be only ten minutes from everything in the area. We’re very close to Old Town; we’re ten minutes from Mission Beach; ten minutes from downtown; and ten minutes from the city airport. So, we’re a really nice alternative to going downtown and spending in excess of $300 for a room.”

In addition, on the technology front, the Town & Country is, “well set,” according to Penman. “We have a company called AVMS – our in-house audio/visual provider and they do all of our internet. And then, we also have on property, Shepard, which is a design company that does all of the exhibits. Also, in-house, we have Edlen, which does all the lighting. So we offer a one-stop-shop, similar to what the other convention centers offer.” 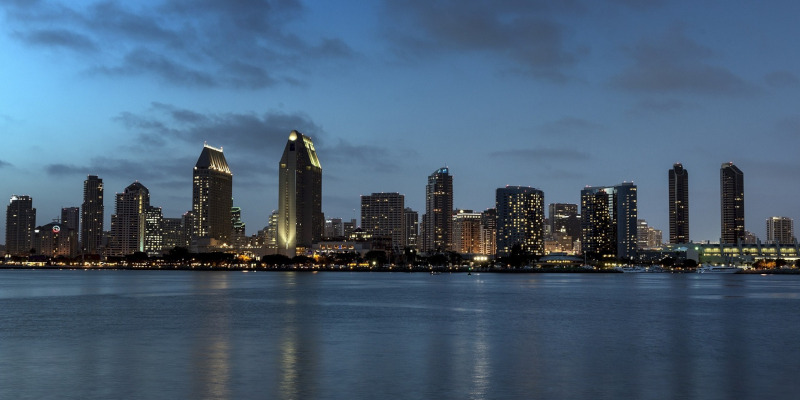 Town & Country is also undeniably “green.” Penman elucidates some of its programs and practices: “We do LED lighting; we’re doing a full conversion program; most of it was already done in the convention center; we’ll finish the rest of it this summer. All outdoor lighting is on clock control. We’re replacing all the older HVAC and refrigeration units, plus direct digital control on the HVAC, and frequency drive control on the fan motors. Our entire kitchen is being completely renovated with all new equipment and high efficiency appliances. There’ll be heat reclamation from the wash water in the laundry. Bed linens and towels will be changed only on request; environmentally-friendly cleaning products; reduced hazardous products in the maintenance operations. We have a spray booth for painting and coating to reduce emissions. Recycled materials were purchased for guest room carpeting, and we’re recycling used pictures, furniture, and equipment to a salvage company, where possible. There’s beverages from dispensers instead of using all bottled water; cloth linen rather than disposable products; reusable props and decorations; best management practices by the maintenance and gardening departments; and stormwater filtering, onsite, prior to discharge to the sewer.”

When all is said and done, Penman believes that the “new” Town & Country will still stay true to its roots as a colorful, mid-20th century facility with a “fun” San Diego feel, albeit with serious meeting space, great technology, and amazing service. “The reason this property does so well, is because we’re different; we’re not your ‘brass and glass,’” she avers. “We’re taking it in a different way. For example, we have an entire lawn filled with those plastic pink flamingoes. There’s a big sign in the center that says ‘Even the fabulous have to eat; go see the front desk for flamingo food.’ So, people laugh when they’re here. We don’t take ourselves too seriously, while giving you all the creature comforts that you need, we’re also offering some fun things.”

WHAT: A resort hotel and convention center