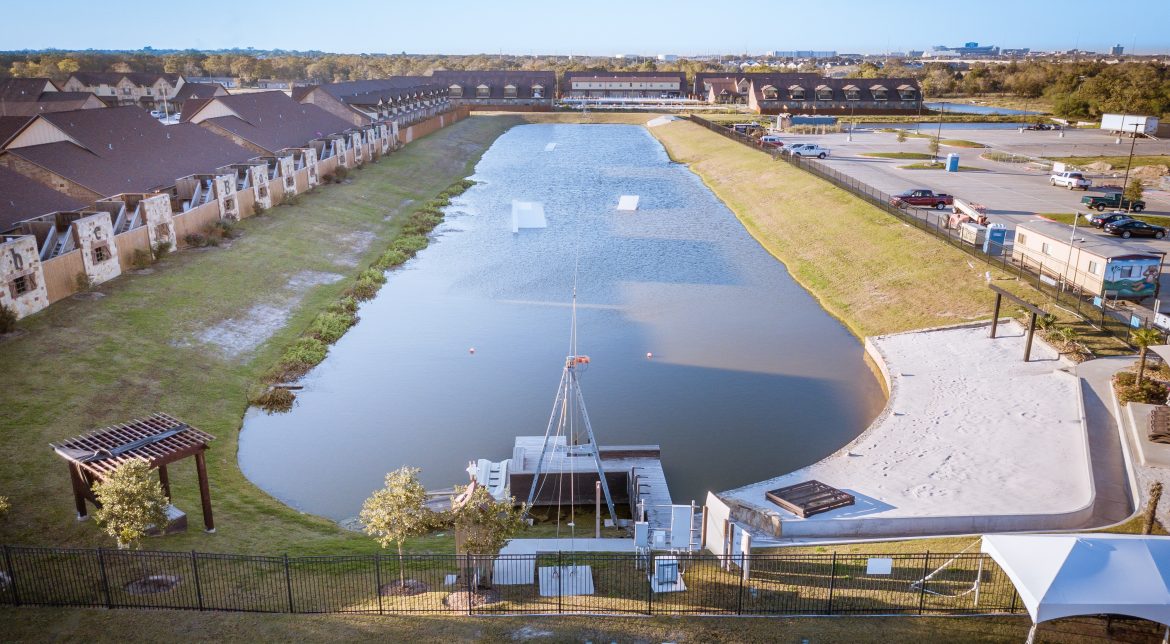 Business View Magazine interviews Heath Phillips, Founder of The Barracks Townhomes, as part of our focus on best practices in real estate.

Most young people who leave their parents’ homes to attend college have to make many adjustments to their new way of life. And while they are no longer bound to the rules and rituals of family life, they are also no longer surrounded and supported by its many comforts and amenities.  “A lot of students move out of their parents’ house and get shell-shocked,” says Heath Phillips, founder of The Barracks Townhomes, an off-campus student-housing community near Texas A&M University in College Station, Texas which is home to over 62,000 students. “In student-housing, it’s all apartments; people live above and below you; you don’t have private parking; you don’t have your own backyard. Townhomes fix all of those problems.”

Before creating The Barracks, Phillips had been a fireman and a personal trainer, but he says that neither of those vocations was fulfilling enough. “I always had an entrepreneur’s heart,” he reveals. “I like to see things happen through my own efforts and energy. I realized that I could meet that need through construction, through building houses.” He also realized that the townhome concept was an unfulfilled niche in College Station and that with a variety of floor plans, a generous menu of extras, plus the creation of an active amenities center that is open to both residents and the general public alike, he could offer a product that would be in high demand with few direct competitors.

“It started off as a one-man show,” Phillips continues. “Our first employee was my wife, helping out with the accounting, and we grew it from there. We have about 50 full-time employees now and 50 part-time employees. We did it in phases over the last seven years. We started off just building a couple of houses a year and grew that as high as 164 houses in recent years. At 170 acres we are one of the largest student-housing developments in the country, based on acreage. We are in the top ten based on front doors and beds. At full build-out, we’ll have over 3,000 residents.” About 60 percent of the community’s townhomes are leased, while the rest are owned by students’ parents. While 98 percent of The Barracks’ residents are students, Phillips reports that some of the units were purchased by “Aggie” alumni and occupied primarily on game days.

Today, The Barracks is a vertically integrated organization. “Instead of just building the houses, we started doing the land development, purchasing the raw land and putting in all of the utility infrastructure – the roads, sewers, storm, electrical,” Phillips explains. “And then, my Development Company sells the lots to my Construction Company. My Construction Company in turn builds the vertical housing and we either sell those to parents of college students, lease them  directly to college students, or sell leased units to investors all over the U.S.

“Our supporting company is Property Management where we continue to take care of those investors and offer an onsite, turnkey management solution. We are set up like a high-end subdivision; the Home Owners’ Association dues are $185 a month, which may seem high, but we do all the landscaping, pick up trash every day, maintain the exteriors, trim the shrubs, spray for weeds, replant any trees that are dying, and provide cable and internet service for each residence.” When homes are vacated at the end of a lease period, contractors are brought in to bring them back to top condition – carpets are steam cleaned, walls are painted, repairs are made and, “we clean the hell out of them,” Phillips exclaims.

What truly sets The Barracks apart from other housing communities, while simultaneously outperforming the competition, is the $17 million BearX facility, a community amenities center that Phillips calls “a playground for adults.” Open to both residents and the general public, BearX encompasses a huge lazy river with a swim-up bar, a ProFlow surfing machine, exclusive cabanas and bungalows with private service, and a consistent entertainment schedule of some of the hottest artists and DJ’s. When complete, it will also include a gastropub style restaurant, a coffee shop café, and a craft beer and pizza garden. “The reason I created BearX is because we can offer an experience and value that other places simply cannot match,” says Phillips. “We build in a lot more programming and a lot cooler stuff. It’s much more experiential living.”

Phillips says that even though the local student-housing market has experienced increased competition in past several years, The Barracks has prospered. “It is the first time since I’ve been in the student-housing industry, where our competition’s incentives were going up – offering people up to $1,000 in cash, but we stayed with our tried and true processes and continued to show our value. The rental rates and occupancy of our competition went down, and our rental rates and occupancy went up and that was a great confirmation that what we are doing is different, and that even when the market is softening and the competition’s scrambling, we’re still doing well. We accomplished all that and BearX isn’t even 100 percent complete yet. The only part that’s complete is The Cove – that’s the pool and day club component; that is only 30 percent of the experience and that didn’t even open up till the end of April. So, this upcoming year is going to be awesome because everybody’s rates and occupancy is going to continue to drop and we are expecting our strongest year yet. We are betting everything we’ve got – One of our core values is to be ‘All In,’ and we’ve done that with personnel, financially and emotionally. To see it pay off has been awesome.”

Phillips says that going forward, he wants his company “to go slow, to go fast,” as it considers where and when to expand. “If we do not get it right, we are not going to have anything to replicate,” he says. “So, we are really trying to find those true value points. We’ve been checking out different campuses and relevant markets; College Station is not a large enough market to support multiple locations. We’d like to stay in Texas for the next two years so that we do not introduce any new regulation standards when we are replicating. Our five-year plan is to have three locations and then, exponentially, build to scale after that.”

While The Barracks Townhomes continues to be a financial success, Phillips reveals that even though making money was what led him into the business in the first place, he’s since discovered that his higher calling is being able to serve and positively influence his college-aged residents. “It’s much deeper than just building houses, making money, and having a successful business,” he explains. “Our mission is to change lives. We put people and service before anything; that’s our North Star. To instill joy and wisdom to as many people as I possibly can – that’s what motivates me now.”

WHO: The Barracks Townhomes
WHAT: An off-campus student-housing community
WHERE: College Station, Texas
WEBSITE: www.barrackstownhomes.com 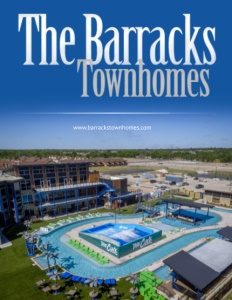