“Quality focused care, one resident at a time”

The Florida Assisted Living Association (FALA) was founded some 25 year ago when three regional associations – the Suncoast Adult Care Association (St. Petersburg/Clearwater), the Florida Residential Care Association (Orlando), and the Adult Care Association of Florida (Broward County) – along with many independent facility owners, decided to join forces to create one statewide trade association to represent Florida’s Assisted Living Facilities (ALFs). According to Shad Haston, FALA’s current Chief Executive Officer, “They found they needed advocacy at the state level as it relates to rules and regulations that were being promulgated upon the industry, and they wanted to have a voice in Tallahassee.” 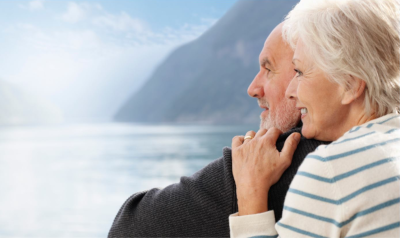 Today, FALA is a professional organization representing the owners and operators of assisted living and adult family care homes in the State of Florida. Its membership includes for profit and non-profit facilities ranging in size from 4 to 475 beds. Its main priority is to assist its members in providing the highest quality of care for their residents. It does so by promoting best practices in operations, encouraging high standards, lobbying on behalf of the industry, and keeping its members up to date on the Agency for Health Care Administration’s (AHCA) rules and regulations. FALA is also is the leading provider of quality education and training for assisted living professionals.

Haston came on board in 2014, with broad experience and expertise in the area of assisted living laws and procedures. For several years before his present appointment, he served as the head of Florida’s Agency for Health Care Administration’s (AHCA) Assisted Living Unit, responsible for the licensure of assisted living facilities throughout the Sunshine State. “So I had knowledge about what assisted living is, and what it will be in the future, as well as a lot of knowledge about the regulations that were affecting them, currently,” he says.

Haston had also served AHCA as a prosecutor against non-compliant assisted living facilities, nursing homes, hospitals, clinical laboratories, and home health agencies. “The licensee is required to adhere to certain statutes and regulations. And if you’re not providing certain services or you’re falling below minimum standards for those services, the Agency issues administrative complaints and takes legal action to impose fines and penalties that can include a suspension, moratorium, or revocation of the license.” Although these tools were used, the Agency’s chief goal is regulatory compliance.

Haston laments what he believes to be the general consumer’s misunderstanding of the difference between assisted living and a nursing home. “I think a lot of families still have that old mentality of ‘Mom’s going to be in a wheelchair in a corner,’ when, in my opinion Mom will live longer or Dad will live longer in an active and vibrant facility with people of the same age participating in activities, daily. As humans, we tend to want fellowship; to be around others and to not be secluded, especially when a life-long partner dies, and the senior survivor is alone at home. You see that quite often. In an assisted living facility they form new friendships, new relationships, and the social being is recreated. This truly helps seniors to move forward in their golden years.”
In addition to the many meetings, events, trade shows, and health fairs that FALA holds or participates in around the state in order to help educate people about the assisted living sector, a new program called “Lunch on the Lawn,” was recently launched. The free event invites consumers to tour select Assisted Living Communities, while enjoying lunch, entertainment, and educational talks and exhibits.

The Association keeps in touch with its members through chapter meetings across the state – 48 were held, last year. “We also do mini-seminars; we communicate four times a year with a magazine called Aspire; we send out E-Newsletters; and we send out alerts,” Haston says, adding that the personal touch is also a weekly ritual. “I spend one hour, each Friday, calling members, asking them what they need help with. Are there any issues or concerns that I may address? And then I spend another hour doing the same thing with associate members.”

But, in terms of stand-alone assisted living facilities, Haston posits a less laudable rationale for not joining FALA. “I think the most important thing, regarding lack of membership, is probably associated with non-members believing that they are not affected by any adverse regulations and that those that are part of the Association will ensure that that won’t happen to them. It’s a mentality: ‘I don’t have to do anything, because I have someone else to do it for me.’ Some think that they can operate on an island by themselves until AHCA comes and informs them that they can no longer operate on that island because they’re not aware that rules and statutes have changed. They’re not aware that there are things going on in Tallahassee that affects their business.”

All of FALA’s policies and positions are established by its Board of Directors, made up of assisted living and adult family care home owners, and ancillary providers. However, all issues of major importance to the industry are always addressed based on the interests of the membership as a whole. The Association’s staff of five is augmented by four independent contractors, and two full-time lobbyists from the firm of Greenberg Traurig. Its revenue comes from membership dues, educational and training programs, and consulting services.

Haston believes that the assisted living sector in Florida will only continue to grow bigger. “As the baby boomers continue to move to Florida, we’ll see tremendous growth in assisted living,” he maintains. He points out that, Orlando, for example, has about a dozen new assisted living facilities planned for over the next two years.

And as the industry grows, Haston hopes that FALA will continue to be its voice and guide. “We provide a lot of services to our members,” he says. “We’ve been around long enough and we have a lot of institutional knowledge that we want to share. We encourage best practices in the industry. We want to see our members grow. We want to see them very profitable. We also want to make sure that they’re taking care of the residents entrusted to their care.” Our members want to see seniors living with dignity, respect and most of all, purpose.

WHO: The Florida Assisted Living Association
WHAT: Professional organization representing the owners and operators of assisted living facilities
WHERE: Tallahassee, Florida
WEBSITE: www.falausa.com