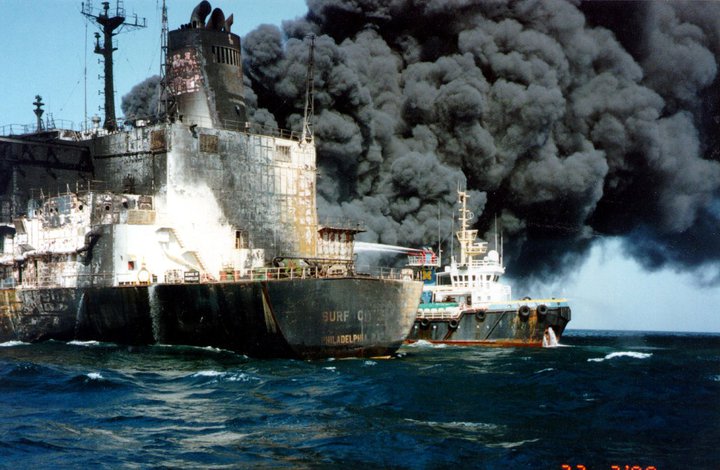 Business View Magazine interviews Jim Elliott, President of the American Salvage Association, as part of our focus on the maritime sector.

It’s an unwritten law of the seas that all vessels have a duty to give reasonable assistance to other ships in distress in order to save life – but they are under no obligation to salve or save the vessel. For millennia, that activity has been left to the salvors – the seamen, workers, and engineers who recover a ship and/or its cargo after a shipwreck or other maritime casualty. A rough estimate suggests that, currently, there are about three million shipwrecks littering the planet’s ocean floor – everything from 10,000-year-old dugout canoes, to history’s many commerce and war vessels, to today’s largest, ocean-going container ships.

The laws of salvage, however, have been codified in many different places over the centuries, based on the concept that a person who recovers another person’s ship or cargo after peril or loss at sea is entitled to a reward commensurate with the value of the property so saved, or the property, itself. Indeed, salving for profit has, at times, been a lucrative industry. For example, between 1828 and the 1850s, Key West, Florida was considered the richest city, per capita, in the United States, mostly because of the treacherous reefs just seven miles off its shores. There were wrecks aplenty, many with valuable cargo in their holds. So, salving was the town’s primary business; storehouses and chandleries abounded, and people came from all over to bid on the valuable salvaged items.

Today, modern salving has expanded its mandate from simply recovering sunken goods for resale, to include firefighting at sea, towing vessels for their eventual repair, clearing channels for navigation, and aiming to prevent pollution or damage to the marine environment. Most salvage is carried out by specialist salvage firms with dedicated crews and equipment, including sophisticated diving apparatus, cranes, floating dry docks, and tugboats.

Jim Elliott, President of the American Salvage Association (ASA) explains: “The salvage industry includes companies that do emergency towing, emergency cargo, oil lightering (the process of transferring oil between vessels of different sizes, usually between a barge and a bulker or oil tanker), commercial diving work, marine firefighting – all these types of services to respond to a marine casualty or a vessel in distress; for example, a ship that runs aground, or if it’s on fire and starts to sink, or has some type of mechanical issue.”

The ASA was established in Alexandria, Virginia, in 2000, by a group of nine leading U.S. salvors. “Its goal was to improve the nation’s marine salvage capabilities, to continuously improve operational safety in salvage operations, and to develop salvage and marine firefighting regulatory frameworks,” says Elliott. “At the time, the U.S. Coast Guard was discussing the creation of new regulations for the oversight of salvage response operations in the U.S. So, the ASA worked with the Coast Guard to help develop those.”

“In the regulations, there are specific timelines. For example, within one hour, if you’re notified, you do a remote assessment, you begin communicating with the ship, understand its nature of distress. We can then respond with salvage tugs, divers, marine firefighters, salvage masters; we can have our naval architects looking at the drawings of the ship, so we can understand what’s going on with its stability and to create a plan to solve the problem.

“We work side by side with the Coast Guard; we develop a plan; we work up a SERT – a Salvage Engineering Response Team. The Coast Guard’s naval architects look over our plan and approve that plan, and then we move forward. We’re part of the first responder community in the U.S. When a ship’s in distress, a lot of times, once the crew is overwhelmed, the Coast Guard really has limited capabilities when it comes to firefighting or towage, or divers – those types of things. They rely on commercial salvors to do that type of work.”

The ASA’s membership includes over 70 general members and corporate associates. “General members are mainly organizations whose primary mission is marine salvage; there are about ten organizations in the Americas that focus on that work,” says Elliott. “And then, we have corporate/associate members that support those efforts: towing companies, marine environmental response companies, and others. It’s a team effort when you’re doing a major salvage operation, so you come together with divers, towing companies, marine firefighters, and others to affect a response. The organization provides a time for everybody to get to know each other, work on common issues, support the industry, and help build our capabilities. During Hurricane Katrina, one of the ASA’s biggest accomplishments was uniting the salvage industry during that nationwide response, helping to quickly save lives, protect the environment, and recover vessels that had been destroyed, or pushed up onshore, or sunk during that major hurricane.”

Today, the ASA represents about 90 percent of the U.S. salvage sector and continues to work closely with the Coast Guard, and other government agencies, such as the U.S. Navy’s Supervisor of Salvage, and the National Oceanic and Atmospheric Administration (NOAA). “The benefits of membership are that you have partners in the organizations that you may ultimately work for,” Elliott explains. “For example, we work side by side with other industry organizations in the shipping industry; we have quality partnerships with the federal government organizations; most of the salvors have contracts with the U.S. Coast Guard. So, your interests are being discussed at our meetings.”

“And we do a lot of good work, proactively,” Elliott adds, “like building relationships with local fire departments. For example, we set up meetings with the New York City Fire Department, and others, to help improve the firefighting capabilities and responses in major ports. We have a training committee – we go out and train the U.S. Coast Guard and other governmental organizations on effective salvage operations to meet, not only our industry goals, but also to meet the public’s goals of saving lives and protecting the environment. It gives our members an opportunity to be in front of the organizations they’re going to be working for in an emergency. You don’t want to be exchanging business cards at three o’clock in the morning, when the ship’s on fire. You want to build those relationships well in advance, so you build that level of trust. Our organizations do have those capabilities; we know what we’re doing; we’re professionals, and it gives that level of trust to the responders, the Coast Guard, the Navy, and others, when we work side by side with them on a fire or a sinking.”

Elliott reports that the ASA stays in touch with its members in several ways: “We have an annual meeting, and then we have periodic executive committee meetings throughout the year; we have periodic national salvage conferences; we have a magazine called Soundings; and we communicate with newsletters, regularly, through the internet. It’s constant communication. In addition to those internal meetings, we have what we call ‘quality partnership’ meetings on a biannual basis with the Coast Guard, NOAA, the Supervisor of Salvage, and others, so that we can continue to set our issues in front of the regulators. On a weekly basis, we conduct a conference call with the Coast Guard – with the new set of regulations, continuous questions and issues arise and we keep the lines of communication with the Coast Guard, open.”

Recently, the ASA completed a joint project with NOAA – a study on sunken wrecks around the United States, titled Remediation of Underwater Legacy Environmental Threats. “The report discusses all of the existing wrecks around the U.S. and the potential for remaining oil to cause an issue with the environment. It identified those potential projects for the salvage industry, and also the potential threats for the nation. ASA members have responded to several of those wrecks over the years, and we continue to do so.”

The Association also recently expanded its membership beyond the U.S. to include organizations in all of North, Central, and South America, and the Caribbean, and it is currently working with the Organization of American States (OAS) to initiate a similar study of wrecks in the waters of the Caribbean Sea. “And there have been discussions to do a similar project on risk assessment in Canadian waters, because there are some existing wrecks there that continue to cause environmental issues,” Elliott adds.

Cleaning up oil spills has become an increasingly important activity for the salvage sector. “Because once a ship loses oil, the ability to recover that oil on the water surface is very difficult,” Elliott avers. “The U.S. Natural Resource Council did a study and they determined that even with all the existing technology in oil spill response, only about 10 to 25 percent of the oil can be recovered once it’s released. So, our philosophy is that the sooner we can get word and prevent the oil from being discharged from the ship, the better we can win the battle of protecting the environment.”

Going forward, Elliott sees the SAS serving as a voice of experience and professionalism in the maritime industry as it continues to evolve. “Container ships continue to grow, cargo carriers continue to grow, the transition from traditional oil cargo to liquefied natural gas and other liquefied cargoes continues to change the framework of the industry,” he offers. “The American Salvage Association continues to help facilitate effective response operations throughout the world. So, there’s a lot of work to do. But I have a passion for the type of work we do; it’s a pretty exciting job.” 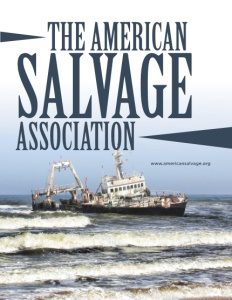