The RP Funding Center is a convention and entertainment complex in Lakeland, Florida, comprising two exhibition halls, an arena, and a theater. Currently, it is home to the Florida Tropics SC of the Major Arena Soccer League and the Lakeland Magic, the Orlando Magic’s affiliate in the NBA G League.

According to Executive Director, Tony Camarillo, the idea of a convention center in Lakeland had been talked about since the 1960s, and construction actually began in 1972 and completed two years later. “At that juncture, the building was titled the Lakeland Civic Center,” he recounts. “At the time, it was sort of an anomaly; a one-of-a-kind facility in Central Florida. It became a mecca for music and entertainment for quite a few years through the ‘70s and ‘80s – mostly rock ‘n’ roll. People like Elvis Presley, the Rolling Stones, Michael Jackson, U2, Bruce Springsteen, to name a few, played there.” 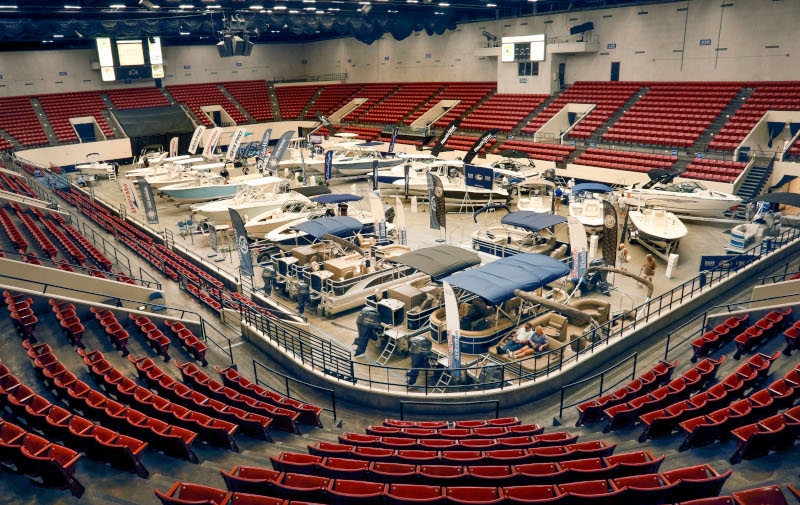 “The name changed to the Lakeland Center in 1994, when we pretty much doubled the size of the building,” Camarillo continues. “Sikes Hall doubled in size; a second Exhibit Hall was added, as well as renovations to the Youkey Theatre and Jenkins Arena. Every space received an upgrade with this $20 million expansion.”

The City of Lakeland sits midway between Orlando to the east and Tampa to the west, and over the last few decades both of those cities have built and expanded large convention centers that began to compete vigorously with the Lakeland Center for business. But Camarillo stresses that the Center has several competitive advantages. First of all, there’s the new name. “In May 2017, we became the RP Funding Center,” he explains. “It’s a revenue driver for us to the tune of about $150,000 a year, and it also brings us a lot of exposure. RP Funding is a mortgage and real estate company that operates mostly out of Central Florida; their advertising is wide-ranging and we saw it as a great opportunity to build a brand, here. Second, in addition to great customer service, the Center has “a great food service team, here. People love the food,” Camarillo asserts. Finally, the Center is what he calls “that triple threat. We have the arena, we have the theatre, and we have the meeting space, so our business has become more multi-faceted.”

“There are competitors out there,” Director of Sales, John Oney, agrees. “Our main competitors are the Ocean Center in Daytona, and, of course, the two large conventions centers to our east and to our west. But Lakeland proves to be the middle ground. We’re right off of I-4, which is an easy in and out from Tampa International and Orlando International, so we’re in a good spot, there. And being city-owned and operated, and a non-union facility, gives us a leg up on our competitors. With all the services that we have in-house: AV, F&B, we have the opportunity to control costs. When you talk to meeting planners and they look at the RP Funding Center, the value that we provide is tremendous. So, we hang our hat on the fact that we’re a value destination, we’re family-friendly, and there’s a ton of things to do here in Lakeland, outside their event.”

Today, the RP Funding Center hosts between 400 to 500 events a year; everything from minor league, professional sports teams – hockey, indoor soccer, and basketball – to meetings, cheerleading events, concerts, etc. It is staffed by 40 full-time employees plus seasonal and part-time staff as needed. And it has recently completed a $14-plus million renovation. “The building was becoming a little bit dated,” Oney explains. “So, we have new carpet and flooring and walls throughout the building. We’re more of a hotel-quality space; there are soft surfaces where there were hard ones before; it’s a warmer feel.”

The arena upgrades include new LED video boards, a basketball court, courtside seating, showers, an expanded press box, and an improved locker area and offices for the G League’s Lakeland Magic. The theater is now equipped with new seats, a new stage curtain, and new paint and carpeting are on the way. All meeting rooms got new paint and carpeting, as well. “We’ve been pretty up-to-date with internet and Wi-Fi service, but that is always something we’re striving to improve upon,” Oney adds. “So, we are in a good place, right now, but there are going to be some upgrades to keep up with technology; it’s an ongoing thing. Lighting throughout has been replaced by LED lighting, so we have a good handle on that, not only from a clean looking standpoint, but also from a cost standpoint; it’s made a major impact on our budget and energy consumption.” 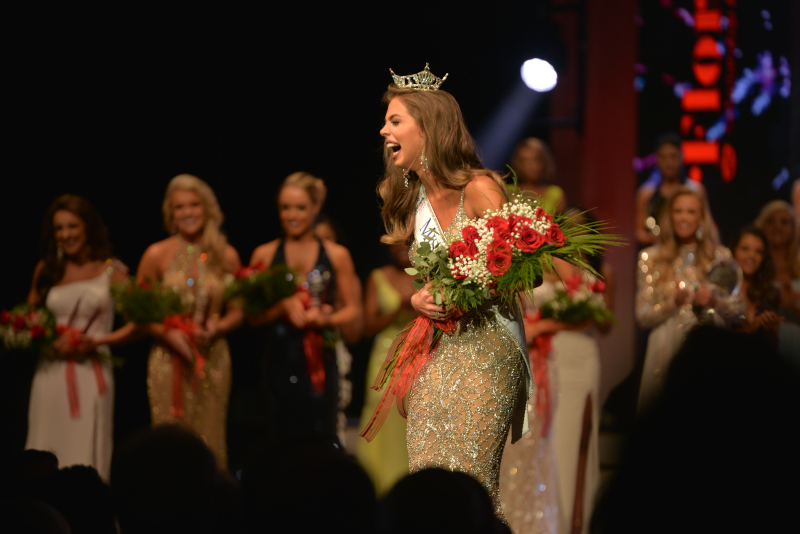 Oney says that the Center has also done a “pretty good job with our green initiatives. We’ve got solar panels on the Sikes Hall, which cover the entire rooftop and that helps supplement our energy bill, so we can save some costs for our booth vendors,” he explains. “We’ve got a premium coat of sustainable roofing and waterproofing system on all the surfaces, so that will help. And we’ve got a pretty substantial trash program; we do have the recycle bins and the trash bins and we try to do the best that we can to ‘divide and conquer’ the waste, here. We have an onsite food and beverage team with Spectra Foods that, I’m sure, is looking at composting in the future. But, we wanted to get this renovation thing going forward, and then move forward with those other initiatives.”

Lastly, as part of the renovation, Oney says that in response to feedback from meeting planners and attendees, the Center has created a lounge area and visitors’ center. “The whole renovation was a collaboration, not just with the City of Lakeland, but with Visit Central Florida, which is our tourism partner,” he notes. “The Visitor Center kiosk is an area that has fast charging stations and an area where attendees can purchase attraction tickets – Disney, Sea World, Busch Gardens, Legoland. We tried to soften the convention center feel so when folks have meetings with us, they also have places to network and relax and enjoy the scenery. We’ve got a whole wall that has beautiful artwork. When they’re not studying or working or training, they can peruse the artwork. Those are the things we’re trying to sell to the meeting planners.”

Going forward, Camarillo reports that the Center figures prominently in the City of Lakeland’s Master Plan as a key sports and entertainment anchor. “One of the things on the horizon is an idea to add an outdoor soccer stadium. That’s part of the plan that’s being produced,” he states. In fact, all of the necessary infrastructure is already in place, including power, water, and sewer lines for a 3,500-seat stadium between Veterans Memorial Park and the RP Funding Center, with land available to expand the stadium with an additional 1,500 seats, if necessary. “We hope to get more development, from that, whether it’s retail, restaurant, apartments and/or condos,” he adds. “So we’re excited to be part of that. We already have a developer that’s building a hotel to the east of us. We sold them our east parking lot, so they’re putting in a Marriott Spring Hill Suites. We already have a Hyatt Place on property, so that will double our hotel rooms and we believe that will be a huge influx for us.”

“If I had to sum up in one word what’s going on here, that word would be ‘energy,’” says Oney. “In the last couple of years, certainly with our renovation, the naming rights, the addition of the Lakeland Magic and the Florida Tropics, it’s creating a new vibe; not just at the venue, here, but in downtown. The other word to describe what’s happening here is ‘connectivity.’ Our venue is an anchor and we’re trying to connect it with the downtown area. You’ve got five blocks between us and downtown and we’re trying to make that feel a lot shorter. I think with all the concepts and ideas in the Master Plan, that connectivity is going to be huge for us, in the future. So, we’re really excited about that. When I speak to meeting planners and event managers from across the country, and we tell them our story, it seems that that’s the thing that lights them up and gets them interested – there’s a lot of activity. Right now, we’ve got some momentum.”

WHO: The RP Funding Center

WHAT: A convention and entertainment complex