July 2015Past IssuesSupply Chain and Logistics

In the movies, there’s nothing quite as exciting as a runaway train. Since the days of the silent one-reelers, right up until to the latest Hollywood blockbuster – filmed in 3D and delivered in body-blasting, sense-around sound – the notion of a giant iron behemoth on wheels going berserk at breakneck speed on some track to nowhere, somehow inspires the movie-making muse and, if carried out artistically, is capable of providing an audience with great thrills.

In real life, however, a runaway train is never anything to cheer about. It’s easy to be captivated by the imaginary drama of a speeding train careening in and out of danger from the safety of a seat in the balcony. But the real life consequences of a multi-ton locomotive, pulling cars and cars of heavy freight, and not being able to slow down or stop when it’s supposed to, can be deadly serious.

Train wrecks almost always cause widespread property damage – and, sometimes, even injury and death. It’s why safety has always been a necessary guiding principle of the railroad industry and all who work for, in, or with it. And while engineers and inventors have always tried to figure out ways to make a train run faster, they’ve also had to design the complementary safety features that would allow it to rein in its own speed and even restrict itself from moving at all, if necessary. In other words, in the movies, all you need to stop a train is a plot device. In the real world, you need controls and brakes.

That need is what the New York Air Brake Corporation (NYAB) of Watertown, New York, has been filling for its railway customers since 1890. “Our mission is always to improve railroad safety and add operational efficiency. The basic tenets of what we do continue to be in place,” says Jason Connell, Sr. Vice President of Sales, Marketing and Service for NYAB. “Our customers want what we produce. They look to us for innovations that make their operations safer, more efficient and more cost effective. They’re looking to conserve fuel, lower their life-cycle costs, and increase utilization – those are the things that railroads and car owners look to us for.”

Director of Marketing, Deepak Kumar agrees: “Our core business has always been the same. There were times when the company was doing things for the war effort – World War One and Two – cannons, military equipment, and such. And at one point, in 1967, the company was acquired by General Signal, so we were doing a lot of aircraft equipment. Then it got taken over by Knorr-Bremse and it came back to original braking equipment, which has always been our core business.” Knorr-Bremse, headquartered in Munich, Germany, is a global leader in the field of brake systems for rail and commercial highway vehicles, and operates 45 production and sales facilities in 26 countries.

NYAB has 530 employees in its Watertown headquarters and a total of 825 across 6 SBU (Strategic Business Unit) locations in North America including New York, Ontario, Texas, Illinois, Missouri, and North Carolina. NYAB employs state of the art manufacturing processes including Knorr Production Systems (KPS), Quality processes, ERP and MRP systems to produce highly engineered and reliable braking and air supply systems for freight cars and locomotives. NYAB mainly serves the continental market. Connell explains, “There are seven large railroads in North America, there are seven large car builders – these are the folks that manufacture the freight cars – and there are two large locomotive builders. So our top ten customers comprise 80 percent of our sales and profit, and our top 20 customers comprise 90 percent of our sales and profit.”

One of the most important products supplied by NYAB that one can find on freight trains, world-wide, is the control valve. The control valve is the heart of the freight car braking system. It must be extremely reliable and capable of precisely applying brake pressure when needed…without fail. NYAB’s Aluminum DB60 II Pneumatic Control Valve with Brake Cylinder Maintaining (BCM) feature is the safest valve available in the NA market. It delivers the lowest-life cycle costs in the railroad industry and delivers superior results no matter how harsh the environment – from -40° to 150°F. 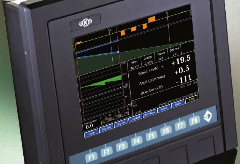 locomotives- the brake control unit, and the compressor. NYAB’s best-in-class brake control unit is the CCB II, a microcomputer-based system designed to provide full automatic and independent brake control for mainline locomotives. The compressor is the cornerstone of the air supply system. NYAB’s VV1000T is an oil-free compressor that supplies all the air needed by the long, heavy haul trains common to North America and fits into the same space as current air compressors that use oil. It’s only outputs are a little water and a lot of compressed air but NO OIL!

NYAB also provides its customers with Energy and Train Management technology, via its LEADER (Locomotive Engineer Assist / Display & Event Recorder) platform. According to NYAB’s website, “LEADER provides real-time status information and coaching to assist the locomotive engineer in making optimal train-handling decisions. LEADER complements the locomotive engineer’s skills by providing a comprehensive view of the train’s behavior with real-time prompts to optimize the train movement.” In plainer words, according to Connell, the system, “help the railroads get from A to point B with the least amount of fuel and the least amount of damage.”

But even an industry leader like NYAB needs to compete in the marketplace to get and retain customers. Connell explains how: “Regardless of who we go up against, we’re a company that competes through differentiation. We try to prove the superiority of our products from a technical standpoint, from a performance standpoint, a lifecycle standpoint, serviceability, training, and so forth, so there are certain attributes that we pride our self as being superior.

“Also we’re fairly nimble; we can react to customer needs fairly quickly, we give individualized attention, customized service, and we’ve got a long history of doing just that. A lot of our customers tend to be price-focused, but if you can prove to them that what they’re purchasing from you truly adds value to their operation, in terms of efficiency or safety, generally speaking, they will tip their hat in your direction.”

Connell projects the company’s priorities over the near future: “Over the next five years we’ll be focusing on the operational improvements of our railroad customers. Over the past two years, in particular, we have really re-focused on satisfying our customer needs within our core competency and we’re finding both resonance with the customers and success with respect to our ability to commoditize our intellectual property. I hope we’ll be able to say that our customers recognize us as a premier solutions provider in the brake control space and also with respect to the energy management space.”

As New York Air Brake celebrates its 125th anniversary, this summer, the betting is that Connell’s hope, and NYAB’s potential, will both reach the station right on schedule.

HEI, Inc. – Hartman Enterprises, Inc. – www.hartmanenterprises.com. – (HEI) is a privately held, non-union, New York State Corporation managed by the Sweet Family for three generations. Since 1972 HEI has been serving the machining needs of a wide variety of industries. Our advanced technology and multitasking machines allow us to deliver precision and quality, along with quick job turn around and competitive pricing. We welcome all inquires; no job is too big or small. HEI has been ISO 9001:2008 certified continuously for over 15 years.

Standard Manufacturers Services, Limited – www.standardmanufacturers.com.Over three decades of continuous improvement have enabled us to become a recognized specialist in the field of aluminum casting and manufacturing. Working with clients ranging from aerospace and agriculture to medical and defense, has required us to establish performance standards at the highest level of excellence. Our highly experienced team of engineers, designers and prototype developers consistently deliver design and manufacturing solutions that exceed our client’s expectations. Working with clients in some of the world’s most competitive industries has also demanded that we develop high proficiency in working with short lead-times and an obsession with hitting production deadlines. 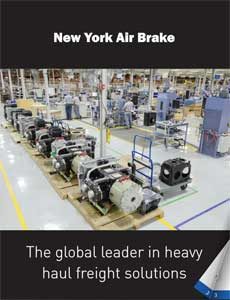