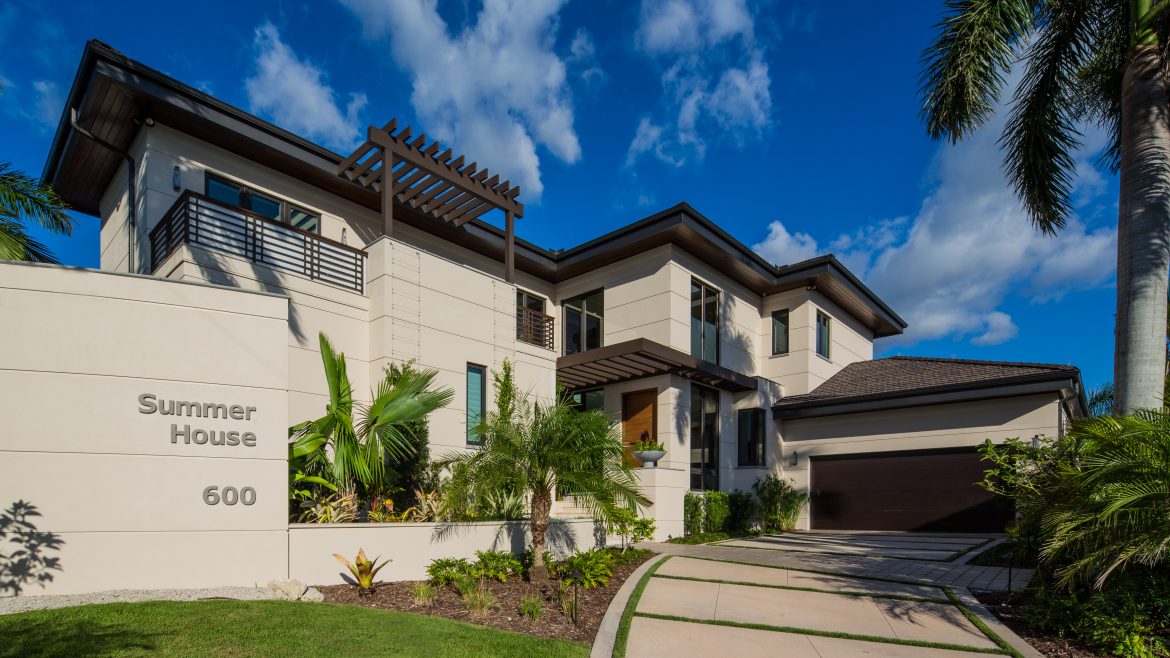 There is an old saying in the restaurant business that there are three things that are absolutely necessary for success: location, location, and location! That tongue-in-cheek locution of the necessity of being where the action is may well be applied to the area of home construction. At least Steve Murray, President of Murray Homes of Sarasota, Florida, a luxury home builder, believes it to be so, and that being in the right place at the right time has certainly contributed to his company’s success.

“If you do a Google search on Sarasota, and see where we come in terms of rankings – best places to retire, best small cities to live in, best beaches to visit – we rank right up there with all of them,” he declares. “We’re somewhere where everybody else wants to live. So, we’re getting good national press, which is leading to a lot of increased awareness, which leads to a lot of cranes going up for condos, hotels, etc., which leads to more people coming down, and, subsequently, sustained business. I think without where we live, my job would be a lot harder.”

Murray adds that a portion of that sustained business comes from clients fleeing high-tax states, such as California, New York, Connecticut, and Massachusetts, and relocating to income-tax free Florida. “People are trying to get away and make Florida their primary residence,” he explains, “and as a result, we’re building nice homes with the money they’re saving from not paying taxes.” And those nice homes don’t come cheap. “We’re not in the $200,000, knock ‘em up quick range,” he avers. “Our price per square foot is anywhere from $375 to $800. So, the opportunity for luxury within that price range is absolutely there in the marketplace.”

Over the last several years, Murray Homes has built more than 85 unique custom waterfront residences in the finest neighborhoods around Sarasota, including Longboat Key, Bird Key, Harbor Acres, and Casey Key. “Everything is within a ten-mile radius of my office in downtown Sarasota,” says Murray. “Ten miles will get you up as far as Anna Maria, down as far as Casey Key, and inland as far as Lakewood Ranch. So, we have a big conforming area, which is a lot of waterfront and a lot of high end real estate.”

Being in the middle of one of the hottest real estate markets in the country was actually part of the plan, when, in 1999, Murray followed his father, John, a master builder of luxury homes in their native London for more than 30 years, to Florida’s west coast. “The goal was to set up a custom home building company that deals with the luxury end because that was our history and experience in London,” Murray says. “It was really bolting it into the geography and how it translated, based on where we were. We’ve got a lot of waterfront here in Sarasota, and the opportunity for waterfront construction was absolutely there. So we took it by the scruff of the neck and gave it a shake.”

Today, Murray Homes has a sister company – Murray Realty, a full service real estate company specializing in waterfront residential real estate on around the keys of Sarasota. Together, the two companies allow Murray’s clients to one-stop-shop, while the Murray team gets to participate in more of the entire real estate, home building or buying, transaction. “We’re involved, early on, with a lot of clients who come to us and say, ‘I’m interested in finding a piece of land,” says Murray. “Or they come to us because they know what we’re talking about when it comes to tearing a house down and rebuilding, or remodeling. And so, because of that, we do tend to have a lot of influence over the process from early on.”

Regarding the company’s marketing strategy, Murray says, “We’re very progressive in terms of how we use technology to get in front of clients. We’ve got a good, interactive website; I’ve got a good marketing department which stays on top of both social media and SEO. We just completed a TV program, which was supported by 16 of my sub-contractors – a half-hour program which has aired a couple of times already, and will air another couple of times. But more than that, it’s a case of the relationships that you share with architects and professionals, existing clients, realtors – all the influences within the market, because, obviously, recommendation is a huge part of what we do.”

Murray Homes has a staff of 17, and, as a general contractor, hires its architects, landscape architects, interior designers, and sub-contractors on a per-project basis. And Murray says they run a tight ship. “We have three or four ‘subs’ in every single line code, and we bid to those three or four subs per line code and nobody knows whether they’ve got the job or whether they haven’t,” he states. “They have to be accurate in their bidding and the takeoff on every job.”

That devotion to tight business management is hallmark of the company’s ethos and partially comes from having had to weather the shocks, just years after its founding, of both 9/11 and the Great Recession, neither of which did much good for the luxury custom home market. “So, what we needed to ensure we built, was a solid company with good business principles, tight management, and tight control on expenses and how we did business,” Murray says.

He also believes that since, lately, construction and general contracting has gotten “a bad name in a lot of circles, where it’s ‘twice as much money and three times as long as the guy says to begin with,’ he wants to make sure that his company does the opposite. “We want to be upfront, truthful, and correct in what we say, and do what we say. My office staff is excellent in what they do and how they run their jobs, the site guys, the subs, and the expectations of the client. We differentiate ourselves in who we employ in terms of facilitating the build, the design, the customer service – the whole experience of construction.”

Today, business is booming for Murray Homes. The only potential threat on the horizon, Murray says, is the possibility that the availability of raw land and/or buildable teardowns may dry up. “As a result, you have to look at the next location,” he muses. “So I think it’s possible there will be new markets in terms of distance from where we currently are now. I think the opportunity in providing a high-quality, small-scale subdivision – you see a lot of that in Naples, an enclave of high end houses – I think that is an opportunity.”

Meanwhile, Murray’s immediate focus is to continue to foster the synergy between Murray Homes and Murray Realty. “I think the primary goal for me is the collaboration with Murray Realty, and taking advantage of the growth within the real estate side, which ultimately has a very good knock-on effect with my construction side,” he says. “The busier we become with realty, the busier we naturally become with homes.”

In the end, while location, location, location may still be important, Murray Homes proves that running a tight ship, creating a quality product, and providing top-notch customer service is still the best recipe for success.

Hycraft Homes – Capturing the essence of... 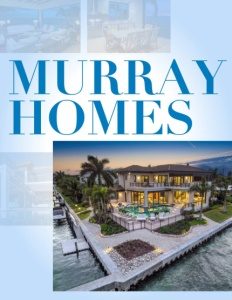