A bedroom community and more

Wedged between the nearby suburbs of Montclair and Bloomfield in Essex County, New Jersey, and bordering the city of East Orange to it south, the Borough of Glen Ridge is a 1.5-square-mile slice of territory, about three miles long and no more than six blocks wide. Named after the glen next to the ridge formed by Toney’s Brook, Glen Ridge traces its beginning to 1666, when 64 Connecticut families led by Robert Treat bought land from the Lenni Lenape Native Americans and named it New Ark to reflect a covenant to worship freely without persecution. 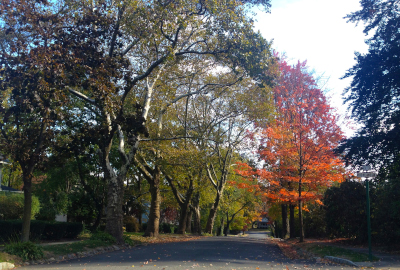 At the time, the area included the future towns of Bloomfield, Montclair, Belleville, and Nutley. When Bloomfield was established in 1812, Glen Ridge was a section “on the hill” composed mostly of farms and woodlands with the exception of a thriving industrial area along Toney’s Brook in the glen. For most of the nineteenth century, three water-powered mills produced lumber, calico, pasteboard boxes, and brass fittings. A copper mine and a sandstone quarry were nearby.

With the arrival of the Newark and Bloomfield Railroad in 1856 and the construction of the Glen Ridge station and the New York and Greenwood Lake Railway station at today’s Benson Street in 1872, Glen Ridge began its transition to a suburban, residential community, 20 miles from Manhattan. Stately homes slowly replaced orchards and wooded fields. Over time, residents “on the hill” became unhappy with their representation on the Bloomfield Council; in spite of repeated requests to Bloomfield officials, roads remained unpaved, water and sewer systems were nonexistent, and schools were miles away. Area residents marked out the boundaries of a small area, and in 1895, Glen Ridge seceded from the adjoining town.

Today, the Borough of Glen Ridge is, according to Mayor Stuart K. Patrick, a “very attractive and restful type community,” home to approximately 7,600 residents. About 90 percent of the town is located in an historic district, with a preservation commission established in 1987 to conserve and protect its housing stock of vintage Victorian, Georgian, and Edwardian structures. “We still have slate walks, huge sycamores, and a gazebo down in the glen,” says Patrick. In addition, out of approximately 3,000 gas street lamps still in existence in the United States, Glen Ridge is home to 667. “So, we’re a bedroom community, but we are more than that,” says Patrick.

In 1891, the 300-bed Mountainside Hospital was founded, becoming the town’s main employer for generations. In 2007, on the verge of its shutting down, a private company purchased it and, according to Borough Administrator Michael Rohal, “turned it around.” Renamed the Hackensack Meridian UMC Mountainside Hospital, it has become Glen Ridge’s largest taxpayer. 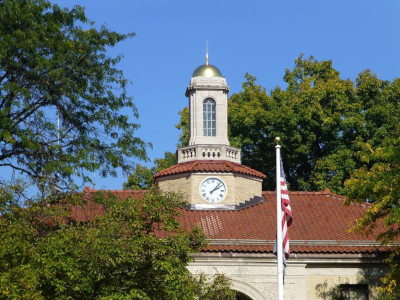 Rohal adds that the hospital grounds will also be home to a major redevelopment project in town – a 45,000-sq.-ft. medical office building, for which plans were recently approved. “One of the surveys that the hospital performed showed there was a lack of family practitioners and internists in the area,” he explains. “The hospital will employ approximately 20 internists/family practitioners to work in the facility. Currently the site has an obsolete school of nursing – that’s going to be razed and construction will start in July and be completed by November 2019.”

A second redevelopment project on the town’s agenda is a proposed apartment complex. “The developer was able to acquire five single-family homes and is projecting a hundred-plus unit development on that site,” Rohal adds. “It’s located about a thousand feet from both the train station and Mountainside Hospital.” Yet another upcoming project concerns the town’s educational system. Years ago, when the school population was dropping, Glen Ridge sold its central school to a bank. Just recently, it reacquired the building through eminent domain, and is now planning to re-purpose it again to house its primary-grade students.

Because of its small size and lack of any other major commercial entities, Glen Ridge relies on two distinct dynamics to maintain its services and its high quality of life – consolidation and volunteerism. “Our tax dollars go about 21-22 percent to the borough; 62 percent to the schools; and 16-17 percent to the county,” says Patrick. “Yet we provide a tremendous array of services without additional costs or hidden taxes to the residents. We do that by having one of the biggest lists of interlocal agreements. These interlocals save us about two million dollars a year in a 12-13 million dollar budget. That’s very substantial.”

For example, Glen Ridge and Montclair have shared fire suppression duties since 1990. “It’s a benefit to both communities,” says Rohal. “Besides the cost savings to the borough, it increased the efficiency of our fire departments. Being a small town, we didn’t have the resources that Montclair had.” Glen Ridge has also joined a consortium with five other towns – Milburn, Maplewood, South Orange, Verona, and Montclair – to save money on power generation supplied by PSE&G (Public Service Electric and Gas Co.) 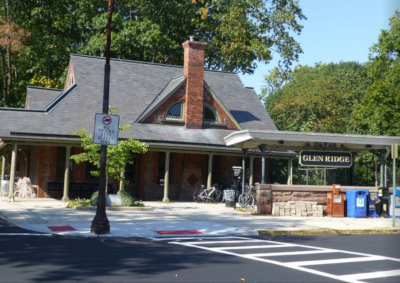 Regarding its volunteerism, Patrick reports that there are over 100 volunteers serving on various town commissions, boards, and agencies. “We probably have another 20 organizations in town that are all volunteer, with close to 300 people on those various community endeavors,” he notes. “And we have an ambulance squad which has close to 100 volunteers.”

Finally, Patrick extols Glen Ridge’s government for the way in which it manages town affairs. “As of December of last year, the six members of the council and the mayor had a combined 65 years on the council,” he relates. “That gives us tremendous institutional memory. Each of the councilors serves as chair of one of the six committees: finance and administration, public safety, public works, parks and recreation, planning and development, and community affairs. They also serve on two other committees. So, we’re very effective in what’s going on and what needs to be done. We also have two talented, industrious, and capable administrators who do the lion’s share of the work. So, we’re fortunate in the form of government we have.”

It’s no wonder that Niche.com, a company that ranks best places to live, recently awarded Glen Ridge an A+ grade, and ranked it #4 out of 411 suburbs in New Jersey in which to raise a family.

Check out this handpicked feature on The Carson Corporation – 30 years of change.

Hackensack UMC Mountainside has been serving Montclair and its surrounding New Jersey communities since 1891, after a three-story cottage belonging to Eliza Sheridan was purchased by Margaret Jane Merewether Power and friends to begin its mission of “caring for, curing, and nurturing the sick and injured.” Today, 119 years later, Hackensack UMC Mountainside is still carrying out that mission. With 365 beds and 820,000 square feet in total, HackensackUMC Mountainside has come a long way. But some things never change. The compassion and commitment to the community felt by Mrs. Power continues to this day.

On February 1, 2012  Montclair Hospital, LLC, a joint venture of LHP Hospital Group, Inc. and Hackensack University Medical Center, initiated the state government process required to acquire Mountainside Hospital. Mountainside is unique among New Jersey hospitals. While many others are seeking new owners because their futures remain uncertain, one of the nation’s most prestigious hospitals, HackensackUMC, and LHP Hospital Group, Inc. one of the nation’s most innovative capital and healthcare management firms, are choosing to affiliate with Mountainside because of its strength and stability.  – www.mountainsidehosp.com 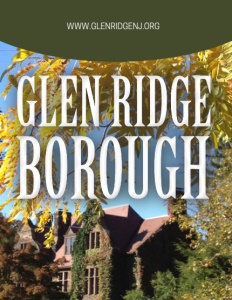