Business View Magazine interviews representatives of Coventry, CT, as part of our focus on best sustainable practices of American towns and cities.

Located in Tolland County, in Northeast Connecticut’s “Quiet Corner,” Coventry is a town of approximately 13,000 residents. Incorporated in 1712, the 37-square-mile town was named for Coventry in Great Britain’s West Midlands section. Coventry has a rich history, including being the birthplace of Revolutionary War personage, Nathan Hale, Connecticut’s official state hero. By the mid-1800s, it was a thriving industrial village with thirteen water-powered mills and factories. 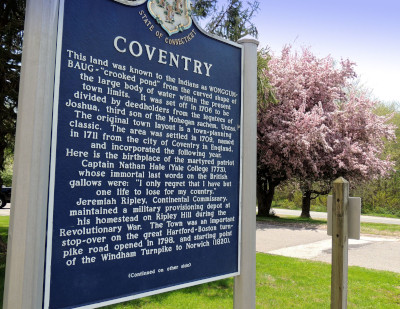 Then there’s Coventry’s Farmers’ Market, which draws 3,000 to 5,000 people per week. It’s located on the Hale Homestead’s grounds and operates from 11 a.m. to 2 p.m. on Sundays, June through October. The market moves indoors to Coventry High School from the end of November through February.

The town’s Economic Development Commission started the market 15 years ago. It was initially a small venture, with fewer than 20 vendors arrayed in a field. “It grew over the next 14 years to what it is today,” says Erica Pagliuco, Coventry’s Farmers’ Market Master. “Today, it is the biggest farmers’ market in Connecticut. We believe it’s the largest in New England.”

John Elsesser, Coventry’s Town Manager, adds that it was investments by the town that helped spur that growth. “We have a partnership,” explains Pagliuco. “We’re self-funded at this point, but the town invested seed money a few years ago to bring it back to being a town project. It had a different lifetime during the middle years. It was funded by a 501(c) (3), but through all those different chapters, the same founder was involved.”

The Coventry Farmers’ Market now has a minimum of 80 vendors each week, offering wares from local farmers, artisans, food providers, and more. Of that total, 65 are full-time participants and there are another 15 to 50 guest vendors occupying booths there. “They’re all Connecticut producers and they’re all personally responsible for making their products in the state of Connecticut,” says Pagliuco. “We’re also unique in that we have that requirement. We work tightly with the Department of Agriculture in the state to ensure that all of our vendors produce in the state.”

She adds that the market is also populated by 10 full-time farmers from the surrounding area, as well as specialty food providers, food trucks, and artisans. “Everything is Connecticut-grown and Connecticut-made,” she declares. The market works with community organizations allowing them to set up tables there, and also participates in different town projects, such as holding the Energy and Alternative Energy Committee’s recent energy fair there.

Elsesser reports that the market has attracted national recognition. “It’s a very unique market and we’ve been rated one of the Top 10 markets in the nation by American Farmland Trust,” he states. “You see little old Coventry here competing with markets that are incredibly strong in urban areas across the United States and we’re on that Top 10 list and it’s very validating to hear that.”

Eric Trott, Coventry’s Director of Planning and Development, says the town resumed control of the market after the former operators of the market retired. When money was needed to enable it to run competently, those funds were provided by two Farm Viability grants, from the State of Connecticut Department of Agriculture. 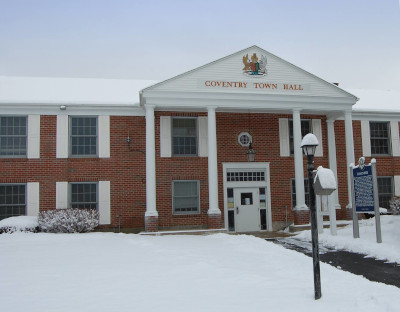 “One was for about $35,000 to gain the infrastructure, the supplies, the equipment necessary to run the market and also to provide for some marketing and promotion,” says Trott. “The second grant is being executed at this point. The unique part of it is it’s taking food education, menu planning, recipe building, and utilizing the vendors that are in the field week to week, to build a food program that provides knowledge for folks on what food is good and when, what’s coming out at a particular time of the year, and how that can be integrated into a food plan, a recipe plan, and building that in the field.”

Another way that Coventry, CT has capitalized on its historic character is by turning its “Old Village” section into a tourist attraction and site of community events that’s also attracted new businesses. Over the last 20 years, old mills have been saved and restored – one as an arts community and activities center – and brown fields cleaned up. The area has also received such updates as utility infrastructure, sidewalks, streetscapes, period lighting, banners, flags, and off-street parking.

“We’re joining the Main Street program this year to try and bring more activities down there. We already have a Christmas in the Village event that’s about 10 years old and we’re starting a summer arts festival in the village now,” says Elsesser. “It’s on the National Registry of Historic Districts and we value the history of that area.”

Preserving farmland and ensuring farming’s compatibility with residential land uses has also been a focal point for Coventry. “We have acquired development rights to one farm, working with the state so that it remains as farmland, even as the generations pass,” says Elsesser. “The town has a ‘Right to Farm’ ordinance so that as a housing subdivision goes in, the farmers have the right to continue their practices. We have zoning regulations that are unique in that we have a commercial-agricultural zone which allows farm and farm-related commercial activities, which are restricted a little bit, but they can still borrow against the land, which is important for cash-flow purposes. We have home-farm regulations which includes things like manure management, so the neighbors are protected.”

Coventry, CT was also the first of Connecticut’s towns to adopt a dairy farm tax abatement program that essentially cut property taxes on dairy farms in half to help them survive in today’s challenging economic environment. Elsesser says this was done based on a proven theory that open spaces utilize less in tax revenue than its owners pay.

Preserving open space in the face of residential growth is also a priority for the town, one that is reflected in planning and zoning regulations. “We took a very careful look, when I came here over 20 years ago, at our existing subdivision regulations and how we could create a situation that inspires open space preservation and sustainable neighborhood development,” explains Trott. “I did a great deal of research on a variety of models that could be utilized and incorporated into our existing regulatory framework. We came up with some regulations that ended up being a bit cutting edge. We ended up being the first town in the state of Connecticut to require what‘s referred to as ‘conservation subdivision design.’ ”

“It’s an approach that looks to preserve the most sensitive land first, and then selecting the land that has the soils that are most appropriate for development,” he continues. “Soils drive all of the development, in general terms, by way of what is most suitable for septic system and for development, the house, the driveway and the amenities associated with that lot. So, by creating regulations that inspired the new development to integrate into the fabric of the existing neighborhood, it created a more streamlined approach where it wasn’t a square-peg-in-a round-hole situation. We found a way of honoring the nature of what exists in the neighborhood by enhancing it and preserving as much open space as possible.”

Since being implemented in the mid-1990s, the process has preserved a significant of open space and presented opportunities for Coventry, CT to connect that open space with parks, lineal trails, and greenways. “That equates to healthy living activities,” says Trott. “If you’re able to connect a residential subdivision via walking trails to a neighborhood park, then you’re encouraging more people to use that park. We’ve been very fortunate to be able to execute a lot of these subdivisions in that manner.”

With an eye toward tomorrow, Coventry, CT has firmly committed itself to investing in sustainability and in alternative energy solutions. The town’s Solarize Coventry program makes it less costly for residents to go solar through a group purchasing program. Thus far, 75 households have used it to install solar equipment. Coventry also has applied for funding to implement a “micro-grid” system utilizing natural gas to power its high school, middle school, town hall, school administration building, radio-communication-fire station, police station, and 80 units of elderly housing.

“If the energy goes out, we can run for two weeks on our own power sources,” says Elsesser. “It’s a combination of natural gas and all the solar that we have. We have solar on every school building; we have solar carports at the town hall; and we’ve done an amazing amount of solar throughout the community. That ‘micro-grid’ project, we’re really excited about it because we’ll be able to go off-grid and use natural gas, combined with batteries put onto our solar system, to keep going.”

Coventry, CT also implemented a community energy purchase program to enable residents to buy alternative energy through outside vendors from their utility company, with group purchasing locked in at low rates for participants. 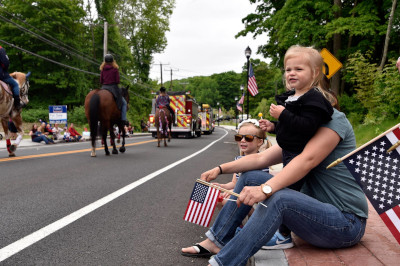 “We continue to run energy fairs,” says Elsesser. “We have EV charging stations and run EV cars in our fleet. We’ve converted our streetlights to LED and have actually become a direct importer of solar lights for our parks, importing lights from China at a third of the price compared to local options. And we’ve run a whole series of energy seminars and are signed up with a program called CPACE for commercial properties that allows them to pay the town for their loans for energy upgrades. Those are some of the energy initiatives that we’ve done.”

As a result of such initiatives, Coventry, CT has been named a Connecticut Clean Energy Community and also received the U.S. Department of Energy’s SolSmart Gold Award for the town.

“I think the bottom line is we are kind of unintentionally sustainable,” says Elsesser. “We just did it because it was the right thing to do, kind of before people started talking about sustainability. We were just doing our jobs and then suddenly looked up and said, ‘Wow, we’ve got a big list here.’ The lesson people can take from us is just start doing something instead of feeling that you have to have this giant plan and scope of work. Just start.”

Check out this handpicked feature on FSG Bank – Trusted Experts That Listen First. 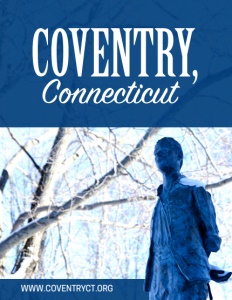