Bennett Pump Company, based in Spring Lake, Michigan, is a leading manufacturer of retail and commercial fuel dispensers and components. “Our company was founded by Thomas Bennett in 1919,” says Senior Vice President, James Collier. “His most famous quote was, ‘All we have here is an ambition to succeed.’ And we still use that quote, today, as part of our mantra and what we try to accomplish. From the founding of the company, until today, we have always built fuel dispensers for a variety of fueling requirements for the transportation industry.” 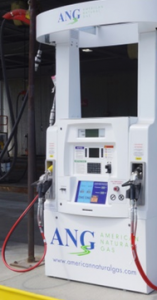 Today, Bennett Pump employs about 150 people. Its headquarters are in Spring Lake and it also operates a wholly owned subsidiary in Shanghai, China.

The company markets and supports Bennett products in over 90 countries around the world, including component OEM parts used by third party fuel dispenser manufacturers. “We’re famous for our hydraulics,” says Collier, “which are the pumping and metering systems that go into fuel dispensers. There are 30 brand names around the world that buy components from us and integrate them into their dispensers under a different brand name.”

From hand-crank barrel pumps, to electrically-driven meter pumps, to gravity-feed visible pumps, to several generations of electronic gasoline dispensers, to pay-at-the-pump options, to alternative fuel dispensers, Bennett Pump has always been in the forefront of change. “In the last fifteen to twenty years we have seen the most significant migration to alternatives from the traditional gasoline and diesel fuels,” Collier notes. “So, it’s been an exciting time for us; to be able to build products that are not only revolutionary, but that are dispensing revolutionary fuels.”

Collier reports that in North America there are only three primary fuel dispenser manufacturers. While Bennett Pump is not the largest dispenser manufacturer it continues to gain market share in traditional fuel dispensers – gasoline and diesel – in the U.S. and Canada, and it maintains a very high market share in several alternative fuels – compressed natural gas (CNG), liquefied natural gas (LNG), and hydrogen – compared to its two competitors.

Collier is cognizant of the challenges inherent in the alternative fuel sector and realizes the correlation to oil prices. “Liquefied Natural Gas and Compressed Natural Gas are two very good alternatives when oil prices get high,” he explains. “Today, oil prices are about $65 a barrel, which is easily enough to justify to fleets, and independent owners of commercial vehicles, and even to the person who wants to change a car to CNG, that the math works, now, to actually spend the money to do that. Because at $65 a barrel, the price at the pump goes up enough so that you can save money and get a good return on your investment if you migrate to an alternative fuel – specifically LNG or CNG.”

But, when the price of oil goes down, Collier concedes, an investment in those fuels can go bust. “It is risky,” he affirms. “And LNG demonstrated that risk, because a lot of companies who invested in trucks for LNG got burned when oil prices dropped to $29 a barrel. It cost more to buy liquefied natural gas for your truck that you just spent thousands of dollars to convert than it does to buy regular diesel fuel.”

Collier goes on to explain that the hydrogen market differs from the natural gas market in several ways. One is that a gasoline vehicle cannot be converted to hydrogen, like it can for CNG. Another is the need to build an entirely new infrastructure for powering hydrogen cars, and then, to do it very carefully. “You need to continue to build infrastructure as the cars arrive to provide fueling of hydrogen, but you don’t want to overbuild the infrastructure because then you have stations sitting, and there’s just no way to get a return on your investment,” he relates.

Armed with the knowledge of the current volatile state of the alternative fuel market, Bennett Pump has, nonetheless, made a much larger investment in it than its competitors. “It seemed natural for us to take advantage of it, and, frankly, in the past five or six years, it’s been a substantial part of our business and our profitability,” Collier asserts. “In fact, we’re the only company in North America that makes a frame-to-finish range of fuel dispensers for alternative fuels, and the result of that has been very good for us.”

Collier adds that some things that are currently 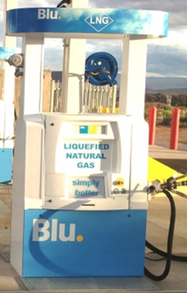 happening in the alternative fuels sector are both interesting and, potentially, game-changing: “Toyota, Freightliner, and a company called Nikola – they’re all vying for position in over-the-road transportation with hydrogen. Hydrogen provides an awful lot of energy from a small amount of fuel. And the result of that is, if they can get some infrastructure built, and continue the investment in that product, and if oil prices stay high – a lot of variables – this is a really good time to be in that industry, from every aspect; even for the company Nikola, which is a startup company in Utah that is building a semi-truck that is 100 percent hydrogen-driven, and is more powerful and cleaner compared to the most expensive, elite semi-truck built. It’s just that much better, including the distance that it will go on a load of hydrogen fuel. So, if they’re successful, and I hope they are, they would revolutionize that part of transportation – not dissimilar to the way that Elon Musk has revolutionized the auto industry with electric cars.”

Meanwhile, Bennett Pump continues to develop its current relationships with its traditional fuel customers – both the major oil companies, who some years ago divested themselves of their retail operations, but still maintain some control over their branded fuel products, as well as their independent retailers who ultimately make the buying decisions about which brand of dispenser they want to purchase. “A Shell retailer, today, isn’t owned by the Shell Oil Company,” Collier avers. “They’re either owned by an independent operator or group. And that’s the same with all major oil companies. So, we still do business with the major oil companies on the basis that they have to approve and determine that the brand that we’re offering to the retailers is one they’re willing to support.”

Collier believes that Bennett Pump has an advantage in the marketplace because it is nimble enough to manage changes in the industry very quickly with innovative solutions. “For example, some years ago, we heard a lot of complaints from our customers telling us that the grade-select buttons – the plastic buttons on the dispenser that you push to select your grade – were very expensive to replace,” he begins. “Consumers were hitting them with the nozzle, they break, and it’s a pretty significant bill. So, we went in, determined to change that particular environment so that the dispenser grade-select buttons were indestructible. And we are the only manufacturer to use a stainless steel, non-moving, proximity-sensing, grade-select button. It’s a non-moving part – you don’t have to touch the button, at all. It was the right thing to do, and it changed the whole mentality of grade-select buttons. It actually put a lot of pressure on our competitors to upgrade their grade-select buttons to be more robust, as well. So, we lend value in terms of the customer having a lower cost of ownership and a higher return on their investment, based on the productivity of their dispenser.”

Another part of Bennett Pumps’ services are related to the pay-at-the-pump options that first appeared in fuel dispensers in the mid-to-late 1990s, and have gone through several technological and regulatory changes since then, especially in the area of security. Collier relates that the latest update, which is an end-to-end encryption process called EMV, or Europay Mastercard and Visa, is mandated for all remote, unattended dispensers by October, 2020. “The credit card companies shifted liability to the retailer,” Collier says. “So, there are two ways in which a retailer can go. If they have dispensers that aren’t too old, they can actually upgrade just the payment module on the dispenser, or they can replace the entire dispenser. It does mean more business for us, but we have an obligation to help our retailers get compliant so they don’t find themselves exposed in the event of fraud or transactions where the retailer’s dispensers are liable.”

So, a lot has certainly changed over the years in the fuel dispenser business, but Bennett Pump has been there at every turn. And, today, like it has for 99 years, this American manufacturer is still committed to providing its customers with the right blend of features, technology, price, and service. And it is still infused with the “ambition to succeed.”

Check out this handpicked feature on Coventry, Connecticut – Quietly sustainable.

WHO: The Bennett Pump Company

WHAT: A leading manufacturer of retail and commercial fuel dispensers and components 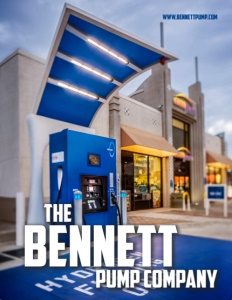