The Allen County Airport – A diamond in the rough

A diamond in the rough

The Allen County Airport is a public use airport located five miles southeast of the central business district of Lima, Ohio, an area rich in aviation history. “The first flight of an airplane in the Lima area occurred on Friday, July 28, 1911, at the old Allen County Fairgrounds, which is now the site of Lima Memorial Hospital and surrounding homes,” recounts Airport Manager, Josh Tattrie. “The pilot was Calbraith Perry Rodgers, a pupil of Orville Wright, in a Model-B Wright Biplane with a 35 horsepower engine. Fifty cents admission was charged. Rodgers made three flights that day. He stayed low so that persons outside the grounds could not get a good look at the event without paying an admission.”

“In the mid-1920s, the best known local aviator was “Rollie” Thompson, who flew his biplane in the Lima and Indian Lake areas,” Tattrie continues. “There were no airports as we know them, thus relatively flat grassy meadows were used. Fuel was automobile gasoline carried in cans and strained through chamois skins in funnels to avoid engine-stopping vapor. In the summer of 1929, the first regularly scheduled air service for Allen County began. Mason Dixon Airline operated between Detroit and Cincinnati using Ford Airplanes. The Ford Tri-Motor cruised at nearly 90 miles per hour.

“Newly elected President Franklin D. Roosevelt looked for some way to put many of the unemployed back to work and the WPA (Works Progress Administration) was created to do civic projects, paid for by the U.S. Government. Locally, it was decided to create an airport for Lima. In December of 1933, a site was selected on farmland east of Baty Road, near Allentown. The owner, farmer Scott Neely, leased about 136 acres of his farm at $1.00 per year to start the project. In 1940, the U.S. Government started the Civilian Pilot Training Program (CPTP) for college students to learn to fly, and this program provided a large quantity of young men who later entered military training programs. In June 1940, a Primary CPTP Program was started at Lima Airport. Lima native, Charles J. Parsons, a flight instructor for military pilots through the war years, took over the operation at Lima Airport in 1945. Fast forward to 1962 – that was the year our current airport terminal was built. It served the local community and surrounding areas of Lima. When the facility was built in the ‘60s, we had DC-3s providing regional airline service out of Allen County to Columbus, Cleveland, Detroit, and Dayton.

“Today, our traffic mainly consists of corporate flights into Lima, charter traffic, freight, fuel stops, heavy lift construction helicopters, low level pipeline patrol, power line patrol, medical flights, and helicopter/organ surgical teams, as Lima supports two hospitals. We are on call, 24/7, for after-hours fueling of emergency service. Even the State Highway Patrol as an aviation department that lands in airplanes and helicopters for fuel, or to conduct missions with other local agencies. The military lands often in the summer – usually in Apache and Black Hawk helicopters and the like.”

Today, the Allen County Airport is owned by the Allen County Regional Airport Authority, which also operates the FBO, contributes some funding for the Airport’s operational budget, and pays for its two full-time, and one part-time, employees. “We do rely on the county for funding, but fuel sales and hangar rent are also key,” Tattrie explains. “There have been years, out here, that have been really hard. In 2008, the County didn’t give the Airport any money for operations; hangar tenants had to volunteer to keep the Airport up and running. About a year later, 2009-10, the County appropriated funds and they hired a manager at the time, who was the only employee, to do everything. That lasted for about a year. In 2011, funding increased, and the Airport has been going up, ever since. We also lease 500 acres of farmland, which helps. The FAA and ODOT (Ohio Department of Transportation) provide funding for capital improvement projects, which is a huge help. Without that funding, we wouldn’t be able to make any improvements, at all.”

Recent projects at the Airport have included a new snow removal equipment building, erected in 2017, the repaving of 5,000 feet of the 6,000-ft. runway 10/28, which is now fully-grooved, and a new beacon tower. “Future projects will be the replacement of runway 10/28 taxiway lighting with LEDs, and in about three years, we’re hoping to sealcoat everything,” Tattrie adds.

“We also put together an Airport Improvement Plan, funded by our own funds,” he notes. “We thought that would be a five-to-ten year plan, but we actually completed it in two years. Some items included: 24-hour lobby access for pilots to get into the terminal; we don’t have 24-hour fuel service available, yet, but we’re hoping to get self-service pumps here, in the next couple of years. I was able to add high-speed internet, which took almost two-and-a-half years to acquire. We did a lot of painting and maintenance of the buildings, and we added new furniture. We have a wildlife mitigation plan in effect; we also trap coyotes and fox, deer, etc. And, right now, we’re trying to acquire EPA permits to introduce de-icing operations for this coming winter. We’re working with General Dynamics on that’ they donated $5,000 in funding to help acquire equipment and pay for the permits. And, we’re working with local, state, and federal agencies to install an RCO, which is a Remote Communications Outlet, to have proper two-way communication from the ground all the way up to 3,000 feet and higher; right now we’re lacking that.”

Tattrie reports that there are about 35 GA aircraft based at the Airport, mostly single-engine, piston planes. “Our 40 T-hangars were at full capacity at one time, but around 13 years ago, we had an 85-mile per hour microburst windstorm come through; it knocked down C and D Row and that pulled about 14 aircraft. Those guys were older and almost done flying, so they took their insurance money and ran. A and B rows are still very old, but with proper maintenance and care, they will last awhile longer. So, we’ve only been at three quarters capacity since that windstorm. But we’ve had some new hangar tenants move in lately – the economy is improving and I’m starting to get more and more calls. We’ve also just added flight instruction, for the first time in nine years. We purchased a Cessna-172; we upgraded the avionics and that brings new faces into the Airport. Learning to fly is the lifeblood of a small airport; without it, our Airport didn’t have much of a future, in my opinion. We’re here for the community and we want to provide the services, and with the economy getting better, we can do that again.” 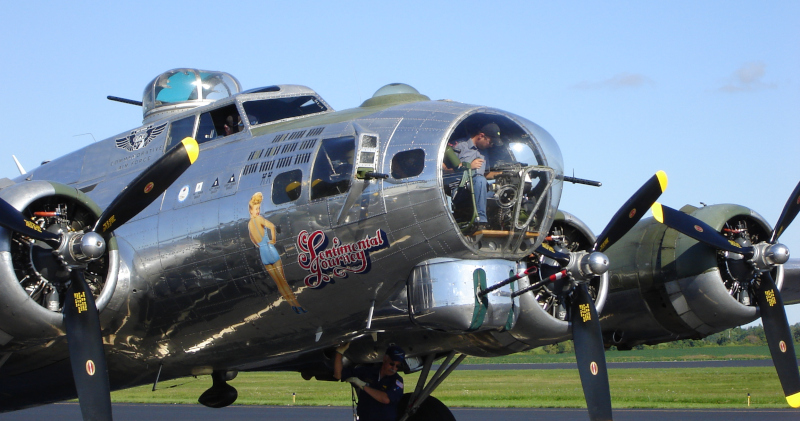 Another potential project would be the expansion of the Airport’s business tenants to include non-aviation enterprises. “There are no non-aviation related businesses based on the field, but we’ve had a lot of interest,” Tattrie remarks. “The Allen County Economic Development has been getting inquiries. We have 500 acres of farmland surrounding the property; we have city water, sewer, high speed internet, and fire hydrants, so we would love to develop a business district with direct runway and taxiway access. So, that would be the grand future plan for the Airport – to provide those services. The County would lease the land to anyone who wanted to build out here.”

Finally, Tattrie believes that, sometime in the future, the Allen County Airport’s terminal will move. “Our Airport terminal is old and has been remodeled several times over the years since 1962, and I believe it is nearing the end of its lifetime,” he states. “Future plans will locate the airport terminal on the opposite site of the property closer, to Highway 117, which, ultimately, will increase foot traffic and public awareness.”

“I like to think we are a small airport doing big airport things,” says Tattrie, in conclusion. “We give tours to local schools. Field trips come out every year – usually just little kids, however, I have some older disabled kids who are interested in aviation work. We have a maintenance facility they can tour. We usually let them sit in airplanes, and corporate aircraft on the apron usually let the kids take a tour. Foam airplanes and coloring books are handed out to the youngsters. I’m hoping to introduce them to drones, this year, with local, commercial drone operators. We have the Civil Air Patrol (CAP) giving cadets flights, at times – new eagles who need to be pushed out of the nest for the first time! The AOPA (Aircraft Owners and Pilots Association) hosted the Rusty Pilots Seminars two years in a row, and the FAA hosts seminars. In 2018, we had the Collins Foundation giving tours and rides in their B-17, B-24, B-25, and P-51 WWII aircraft, and the year before, the Commemorative Air Force gave tours and rides in their B-17. It’s always a big hit with the local community. A lot of WWII vets make the journey to see their beloved aircraft. Unfortunately not many are left this day and age. I’m also most proud of catering to Air Force 1 on two occasions, now. We are always looking to expand, whether in purchasing new equipment, land, adding employees, or taking more safety training. We really are a diamond in the rough here in northwest Ohio, and we are doing our part to ensure we have a prosperous future.”

WHO: The Allen County Airport 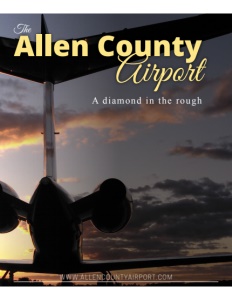