Business View Magazine interviews Michael Bercovich, COO of the Alco Iron & Metal Company, as part of our focus on best practices in the recycling sector.

Based in San Leandro, California,  Alco Iron & Metal Company recycles, fabricates, and sells metal products to customers in the United States and internationally. Its activities include the purchase and supply of ferrous and non-ferrous scrap and surplus metal products; stocking and sale of steel, stainless steel, and aluminum; and fabrication and supply of metal products to various industries. The company also provides safe demolition of obsolete equipment and any other form of industrial demolition and transformer dismantling services.

“Alco was founded in 1953,” recounts Company COO and General Counsel, Michael Bercovich. “The founder was the father of our current owners, who worked at a different recycling location in Oakland, and decided to open his own yard. It started in a small, quarter-acre yard in San Leandro. He ran it for many years, incorporated in 1972, and then started to see a lot of growth in the company when his sons took over the day-to-day operations mid- to late-‘80s and early ‘90s. Being on the west coast, the Asian market has always been important and that picked up when the sons took over and became early exporters of scrap material. Starting in the late ‘90s we started to expand our operations where, today, we have five facilities all in the extended Bay area. We’re on about 50 acres, overall.” Those five Alco facilities include two in San Leandro, and one each in Vallejo, Stockton, and San Jose. The company has approximately 200 employees. 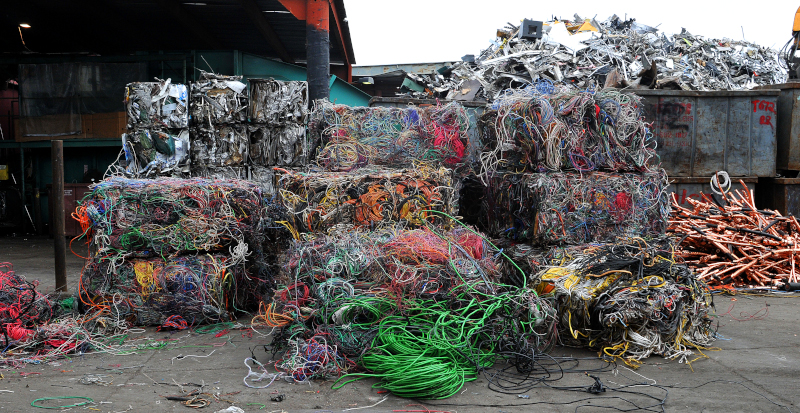 Bercovich explains that although metal recycling supplies the large percentage of Alco’s revenue the other areas of our business are important to them as well. “We do have a metal distribution business,” he adds, “a metal service center that sells semi-finished and finished metal products to contractors and manufacturers – everything from heavy structural beams and plate, to ornamental angles, tubing, etc. We also have a small fabrication division to go along with the service center business. We have a demolition division as well, specializing in metal demolition to feed our scrap recycling – a lot of heavy plant demolition, metal tanks, metal towers, and transformers.”

Bercovich says that there are many scrap companies in the Bay area, but that Alco is one the largest in the non-ferrous area. “During the early ‘90s, we brought in a staff who had worked at Hyundai Trading and got us into a lot of specific markets in Asia, which helped us develop great contacts and contracts over there for non-ferrous materials.” Another factor that gives Alco a competitive edge is its nimble management structure. “I always felt the advantage we have against big national or international companies is we don’t have a large bureaucracy,” he explains. “We’re big enough to take on any project or any account, but we can make a decision in five minutes. So, service has always been what’s differentiated us.”

Another differentiating factor has been Alco’s ability to spot the changing trends in the recycling business and then making the right corresponding business decisions to stay ahead of the curve. For example, over the last few years, China has reduced its acceptance of a lot of America’s low-grade items. “Four or five years ago, we would be sending two or three containers a day of what we call ‘breakage,’” says Bercovich, “low-grade items, mostly steel, copper wiring, aluminum cases, that sort of thing.  In addition, to breakage another item that became more difficult to export was insulated wire. We saw this coming and made an investment in a chopping line in order to process this wire. That’s been a real exciting project for us and we’re the only one doing it on a large scale in California, for this past year.”

“The machine chops up the wire into very small pieces and then uses air to separate the commodities from each other,” Bercovich continues. “Since the early ‘90s, the large wire that was easy to strip would still be done, domestically, but the majority of house or computer wires – anything with a recovery of 80-85 percent or less – was exported due to the labor rates being cheaper overseas and less environmental regulations where the material could be processed. There were so many avenues for export that it didn’t make sense to process it domestically. But about three years ago, it started to make sense for us to look at it, and we’ve been running a chopping line for insulated copper wire for about a year, and we’ve been able to expand our business by processing this insulated wire.”

Going forward, Bercovich adds that more and more low-grade items, such as insulated copper wire, are going to have to be processed domestically to separate the contaminants from the usable metals. “I think there’s going to be a big turn in the United States, where we’re going to have to be processing these items here,” he states. “It costs me 300 bucks to ship from Oakland to Asia, where it costs me $4,000 to ship to Midwest mills. So, the finished product will still have to end up over there, but we won’t be able to sell these low-grade items; we can no longer put them in a container to be processed overseas. I think you’re going to see a lot more investments in technology and equipment to separate that stuff to break it into more mill-grade items to be processed.”

In addition, Bercovich remarks that Alco will also need to continue to find new customers. “Markets have moved from Japan to Korea to Taiwan to China, and, more recently, to Southeast Asia as those countries are continuing to industrialize and grow,” he notes. “India has also been bigger in the last five years or so, so I think we’ll be marketing to those countries over the next decade or so.”

Alco Iron & Metal Company is still a family-owned business, now with a third generation entering the firm’s management.  And with over 60 years experience in the recycling business, the company continues to thrive with its combination of optimal service, unmatched prices, quality products, and forward thinking. “And,” says Bercovich in conclusion, “we have many ideas on how to grow.”

WHAT: A family-owned company that recycles, fabricates, and sells metal products

WHERE: Headquarters in San Leandro, California 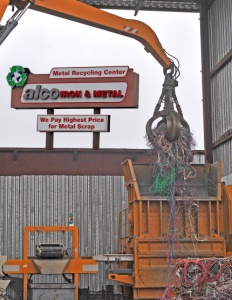