Salem Municipal Airport – Getting from A to B

Getting from A to B

The Salem Municipal Airport, also known as McNary Field, is located in Oregon’s capital city, in the heart of the Willamette Valley. Located two miles southeast of downtown Salem, it is almost a hundred years old; development began in 1928, and in August of 1929, planes began flying in and out.

“This was essentially one of the first ‘learn to fly’ locations in the local area,” explains John Paskell, Airport Manager. “Back in the early days of aviation, pilots needed waypoints, and certainly, this was one of them. But it was also the location for the Eyerly School of Aeronautics. They provided opportunities for the public to gain practical training in what was then the U.S. Department of Commerce’s aeroplane mechanic, engine mechanic or licensed pilot certification.” In 1942, the U.S. Army Air Force took control of the airfield and used it as a training facility for pilots. This continued through 1948, at which time the War Assets Department transferred control of the field back to the city of Salem. 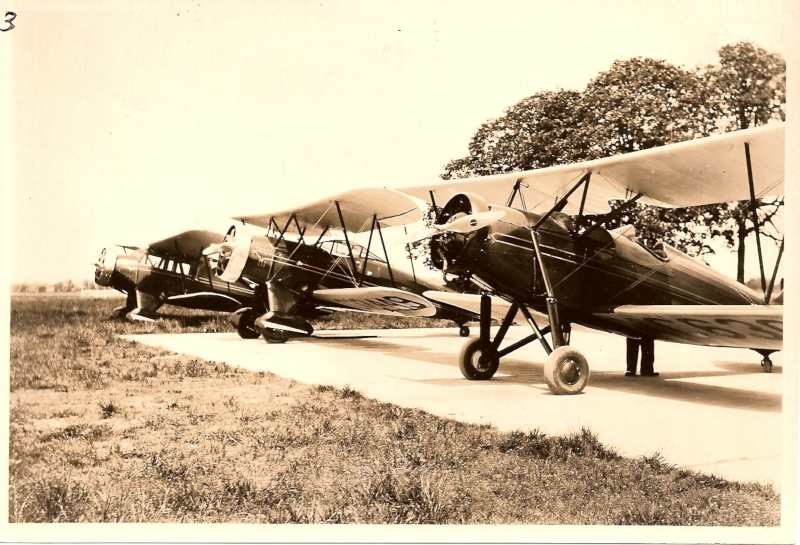 “There was a brief period between 1960 and ’67, when there was a Port Agency created that took over control of the Airport,” says Paskell. “It was called the Marion- Salem-Polk Agency, Marion and Polk being the two counties around Salem. During this time, funding for the Airport was split between the three entities. They also created a seven-member Administrative Board, with appointees made from the three governing bodies. That lasted until 1967, at which time the Agency was disbanded and ownership and operation of the Airport reverted back to the City of Salem, where it has remained ever since.”

Because of the age of the Salem Municipal Airport, the bulk of capital investment over the last several years has been spent on facility improvement; approximately $12 million, primarily through the FAA Airport Improvement Grant funding program, has gone to infrastructure updates. “I mean, we really are almost a hundred years old,” Paskell states, “and a lot of the Airport’s infrastructure is aged and tired. So, we have updated much of it in order to attract additional operators and users of the Airport, as well as to attract potential developers. To put it simply, the Airport really needed a facelift – modernizing it, and bringing it up to modern, FAA operational, safety and design standards. Then we are looking at how we can develop the remainder of our property to best meet the demand – be it aviation, non- aviation, or some combination of the two.”

At different times, the Salem Municipal Airport has had commercial traffic, although today, it is primarily a general aviation and corporate airport with 175 home-based aircraft; including private planes, corporate charter services, and the Oregon National Guard’s Army Aviation Support Facility. United Airlines was the first airline at Salem; in the 1950s, it flew DC-6 aircraft. In the late 1970s through 1981 the Airport was served by Air Oregon, which was eventually acquired by Horizon Air, now part of the Alaska Air Group. In the two decades that followed, the community campaigned to bring passenger airlines back, and on June 7, 2007, Delta Connection came to Salem with two CRJ-200 flights a day to Salt Lake City. However, that service also ended – on October 9, 2008.

“Commercial service in Salem has been hit and miss,” Paskell admits. “It has just never been sustainable here. I think that is primarily because we are inconveniently wedged between the two busiest commercial service airports in the state, being Portland and Eugene. But, we have a functional terminal which would really be a turnkey operation should an airline choose to return. All we need to do is stand up a federal security checkpoint and we are ready to go.”

The good news is that, even without commercial service, the Salem Municipal Airport is not suffering. It is fully-owned and operated by the City of Salem, and operates with only four full-time employees and one half-time person. It is nearly at capacity for GA aircraft and is just beginning to develop a waiting list for hangar space. The economics of the last decade and the recovery from the Great Recession meant that growth has been slow, but the demand is picking up.

“We have done our hangar development in two ways,” explains Paskell. “Every hangar on this Airport, today, is privately owned. We have not developed any of the hangars ourselves; we have simply leased the land for hangar development. We do have a corporate hangar area on the south side of our Airport, the newest, large hangar development area. In that case, the City’s Urban Renewal Agency developed some of the infrastructure to allow that space to be development-ready for both corporate hangars and industrial uses. They put in one of the taxi lanes and some of the utility runs, and made it possible for individual building lots to be developed. It would be under a land lease type of agreement for an entity that would want to build its own hangar or industrial business.” 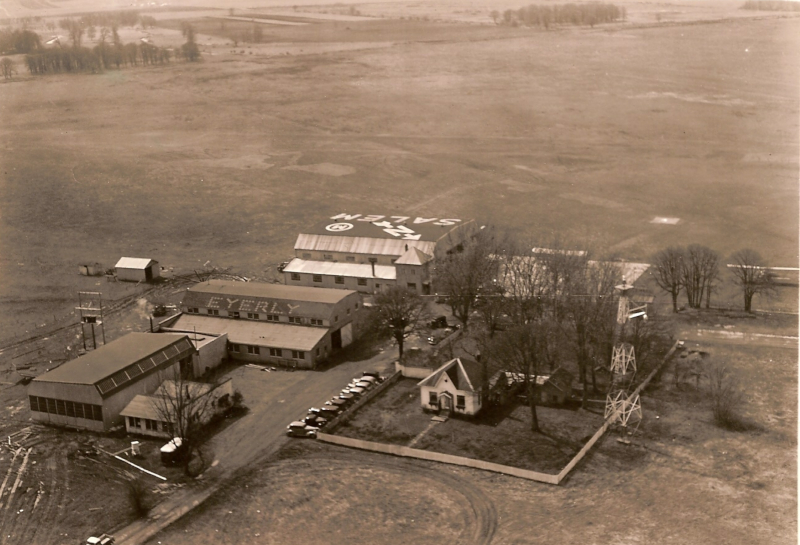 Regarding competition with nearby facilities, Paskell says, “You know, in my early days of airport operations and management, I really didn’t have a sense that airports were in competition with each other. I always thought that if folks needed to fly to Salem, for instance, well then, they flew to the Salem Airport. But what I have found as the years have gone on, and especially here in Oregon and in the Willamette Valley where we are situated, there are a lot of general aviation airports. And to some extent, we are all in competition with each other, whether it be for commercial airline service, or being the airport of choice for corporate aircraft doing business in the Valley. Because of this, we have to be able to set ourselves apart a little bit, and I think we do that with the infrastructure and facilities we have.”

“For instance,” he continues, “we have an air traffic control tower, which many of the airports around the Valley do not have. And many corporate flight departments, as well as commercial and charter airlines, will not fly into non-towered airports. We also have an on-site aircraft rescue and firefighting facility that is staffed by the City of Salem Fire Department. Many general aviation or corporate airports don’t have the on-site fire presence. But perhaps, most importantly, we have two runways, and the benefit there is that if we are doing maintenance on one, we have another runway which aircraft can continue to use. If you are a single-runway airport, and you have to close that runway, whether it be for an accident, or for maintenance, or anything else, your airport is effectively shut down. We always have the ability to keep aircraft moving in and out of our facility.”

Another competitive advantage at Salem Municipal Airport is its ownership of property that can be used either for aeronautical or non-aeronautical commercial or industrial businesses. “We have several manufacturing facilities on Airport land,” says Paskell. “We also have a couple of manufacturing facilities that are on the Airport grounds but outside of the fence. So, they don’t have access to the runways and taxiways, but they don’t need it. An interesting example of local aviation manufacturing is Garmin Aviation Technologies. Their aviation technology business is based here and they do all of their research and development and manufacturing right here at that facility, so when they need to flight test their equipment they can do that here, as well.”

In addition, Paskell reports that over the past year, Salem Municipal Airport has been working on creating a strategic business plan. “It’s the first one the Airport has ever created,” he says, “and the hope is that it can identify demand – not only for increased aircraft operations but also for the highest and best use of the available property.”

“We hope to have, as an offshoot of that, a marketing plan, which again the Airport has never had,” Paskell adds. “I think that ultimately, the business plan is going to be a good guide for us and help us to understand the gap between the available property as it sits today, and what it needs to be development-ready, and then, what funding gaps there might be in terms of making it shovel-ready. Because the Airport has been here so long, the area around it has been totally developed. There is no undeveloped land around us; it’s mostly industrial and commercial, and so there is nowhere for the airport to grow. We have to look at what land we have currently available to us, and make the best use of that property that we can. More than 90 percent of our revenue results from our land leases and so, assuming that is the case going forward, we really want to have a strategic plan to develop the rest of the land in the best way possible.”

“It is a question of having a vision for the future,” Paskell concludes. “How can we get it from the small town municipal airport that it has been for the past 90 years, and turn it into the premier, regional, general aviation airport in the Willamette Valley? How do we get from A to B?”

Check out this handpicked feature on The Murfreesboro Municipal Airport – Aeronautical training is key.

WHAT: A public, general aviation airport

ShoppersChoice.com – An online-shopping pioneer tells his...

BW Terminals – The strongest link in... 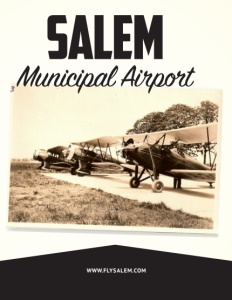