The National Association of Tower Erectors

The National Association of Tower Erectors (NATE), a national trade organization, is providing the “muscle” behind the recent mobility revolution.

Advances in wireless are changing the landscape and delivery models for industries as diverse as health care, financial services, higher education, agriculture, energy, aviation, utilities, public safety, government and the military. And the National Association of Tower Erectors (NATE), a national trade organization, is providing the “muscle” behind this mobility revolution. NATE’s 800 + member companies are playing a prominent role as wireless infrastructure service and equipment providers in order to enable this global connectivity. 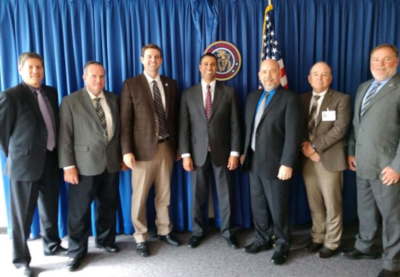 This enhanced technology is vital to meet both our present and future broadband needs and society’s insatiable thirst for data consumption. According to annual survey results released by CTIA, The Wireless Association, Americans used 9.6 trillion megabytes (MB) of data in 2015. This data usage is three times the 3.2 trillion MB of data utilized in 2013. The CTIA data compared this growth to the equivalent of consumers streaming 59,219 videos every minute or roughly 18 million MB!

Additionally, according to a report from the Progressive Policy Institute (PPI), next generation wireless networks have the potential to add roughly $2.7 trillion to the U.S. gross domestic product by 2030. This figure equates to an average annual growth boost of 0.7 percent or an overall increase of 11 percent in economic output.

NATE member companies are on the front lines in terms of deploying these next generation communications networks.
As everyone in the wireless and broadcast industries are acutely aware, the Federal Communications Commission (FCC) is currently conducting a 600 MHZ Incentive Auction in order to free up valuable low band radio waves spectrum currently held by broadcasters. This 600 MHZ spectrum is often referred to as “beach front property” because airwaves operating in this band can travel longer distances and provide better in-building coverage.

Upon the conclusion of this innovative auction, NATE’s contractor companies and equipment supplier members will be called on to “repurpose” the spectrum by deploying the new antennas and wireless equipment on communications structures located across the United States. This important infrastructure work will help pave the way to enable emerging technologies and networks that are capable of meeting the country’s connectivity and data needs moving forward.

NATE members will also be playing a critical role in the build-out of FirstNet, the country’s first nationwide broadband network devoted exclusively to public safety. The establishment of FirstNet was made possible when Congress passed the Middle Class Tax Relief and Job Creation Act of 2012. This historic law allocated valuable spectrum and up to $7 billion in funding for the construction of the FirstNet network.

When the FirstNet build-out is ready to begin in 2017, NATE member companies will be helping provide the wireless infrastructure services and equipment necessary to make this interoperable network a reality. FirstNet will ultimately help save lives and provide law enforcement officials, fire fighters, and EMS personnel with the critical communications capabilities and resources they need to respond to emergency situations.

NATE also recently established an Unmanned Aerial Systems (UAS) Committee consisting of experienced drone service providers, pilots, and tower contractor executives. The NATE UAS Committee is playing a proactive role in monitoring the trends and regulatory environment associated with rapidly evolving drone technologies and making recommendations to the wireless and broadcast infrastructure community on best practices when it comes to UAS integration. The committee is also focusing on collaborating with federal agencies, members of Congress, and other interested stakeholders in the development of guidelines to promote the safe commercial and private use of these systems. The committee plans to continue this dialogue to ensure that the wireless infrastructure industry’s priorities remain at the forefront of the conversation as key decisions are made regarding this technology.

NATE remains steadfast that UAS technologies, if integrated appropriately, can play a supplemental role in enhancing safety and quality in the industry as well as contribute to the vital economic, public safety and national security benefits associated with broadband network deployments in the United States. 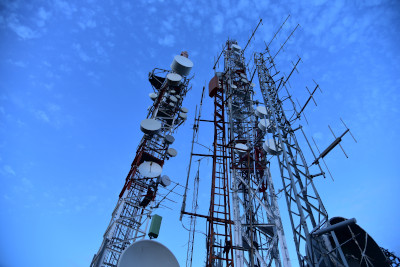 For example, Minnesota-based NATE Member company, Vertical Limit Construction, recently completed the DAS testing work on U.S. Bank Stadium in Minneapolis. U.S. Bank Stadium is the new, state-of-the- art home of the NFL’s Minnesota Vikings and is slated to be the future host of both the Super Bowl and NCAA Men’s Basketball Final Four. Due to the work of Vertical Limit Construction, attendees to the new stadium will be able to enjoy lightning speed data connectivity at the palm of their hands on game day.

NATE member companies have also been involved in deploying DAS and Small Cell networks at other prominent American sports venues, airports and shopping centers around the United States. This work is paramount to ensure that in-building coverage and connectivity can handle both present and future data demands.

According to the International Telecommunication Union (ITU), it is widely anticipated that 5G (5th Generation) commercial networks will be in the marketplace by 2020. Wireless carriers like Verizon Wireless, AT&T, Sprint, and T-Mobile are already in the process of planning 5G trials in the United States in order to pave the way for this technology. The ITU states that 5G networks will have a peak speed of 20 Gbps (billions of bits per second), or 20 times the peak speed specification of today’s 4G LTE networks, which stands at 1 Gps. To place this speed into perspective, this could result in a two-hour movie being downloaded in a matter of minutes. NATE member companies have developed and maintained every generation of communications networks and will help make 5G networks a reality in the future.

The next time you utilize your smartphone to watch a YouTube video or stream a movie on Netflix, remember that NATE is on the forefront of making these next generation technologies and modern day conveniences possible.

WHO: The National Association of Tower Erectors

WHAT: A national trade association 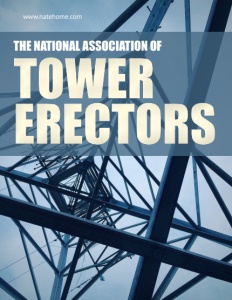