Business View Magazine interviews representatives of Millville, NJ, as part of our focus on best practices of American cities.

Millville, New Jersey, a city of approximately 28,000, is located in Cumberland County, in the southern part of the state, some 45 miles south of Philadelphia, and 22 miles east of the Delaware Bay. Comprising 44.3 square miles of land — much of it, to this day, still wooded —it was originally incorporated as a township in 1801, and reincorporated as a city in 1866. Millville derived its name in the 1790s from the numerous mills and factories that were planned for the site. Then, in 1806, an Irish immigrant, named James Lee, opened the area’s first glass factory, making use of the large amount of silica sand in the area, and for most of the next two centuries, Millville was a major U.S. glass producing center. 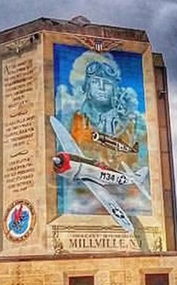 In fact, American poet, Carl Sandburg, once celebrated the glass making prowess of Millville, New Jersey in a 1904 essay: “Down in southern New Jersey, they make glass. By day and by night, the fires burn on in Millville and bid the sand let in the light. Millville by night would have delighted Whistler, who loved gloom and mist and wild shadows. Great rafts of wood and big, brick hulks, dotted with a myriad of lights, glowing and twinkling every shade of red. Big, black flumes shooting out smoke and sparks; bottles, bottles, bottles, of every tint and hue, from a brilliant crimson to the dull green that marks the death of sand and the birth of glass.”

Millville’s other claim to fame is the Millville Army Air Field, which opened in 1941, and soon became an important training and refueling site for the U.S. Army Air Forces during World War II. After the war, the Air Field was returned to the city of Millville and most of its buildings were converted to apartments for returning veterans. The last of these apartments vanished in the early 1970s, and the airport soon became an aviation hub for Southern New Jersey.

Today, according to Millville’s Mayor, Michael Santiago, the airport is an underutilized asset that he would like to see grow in size and usage. “We have a great airport here in the city, and we’re trying to make it bright again,” he states. “So we developed a plan for the entire city which makes it easier for businesses to come in, easier to apply to our planning board and zoning board. We give them a book that says this is what you need to do – A, B, C, and D. It makes it easier for them to look at what we have to offer to become a business and a neighbor within our city.”

Another project on the city’s agenda is the repurposing of one of its major glass factories, now sitting empty and idle. “Back in the ‘60s, ‘70s, and ‘80s, if you were from the city of Millville, you worked at the Wheaton Plant, a major glass factory that we had,” Santiago explains. “But it closed down in the mid-‘90s and it has not come back.”

“It was a huge factory at one time, and there was a lot of environmental damage to remediate,” adds City Clerk, Jeanne Hitchner. “The city is part owner of the property with GGI (Gerresheimer Glass Inc.), the former company that owned it. We’re looking to have somebody come in and develop that major property.” “We’re looking to beautify that north end of the city, so when you come in, you just don’t see this old plant,” Santiago remarks. “We’re doing our end on the environmental side to make sure that it’s safe enough for someone to value the property and make it something worthwhile, again, for the city,”

Hitchner reports that Millville, New Jersey is “shifting its gears, 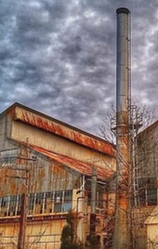 culturally,” and is trying to attract a younger population by embracing the arts and redeveloping High Street, its main downtown thoroughfare. Several recent projects have contributed to this new paradigm in Millville’s Glasstown Center Arts District, designed as an inviting downtown place for visitors to stroll, relax, dine, and shop for art and fine crafts, while preserving the city’s heritage as a center for the glass industry and home to many skilled craftsmen that produced today’s collectibles.

The Riverfront Renaissance Center for the Arts is a public venue in the District, with two exhibition galleries, an art library, a classroom, and seven working artists’ studios. Art shows change monthly and receptions are held every third Friday of the month. The Cumberland County Arts & Innovation Center on High Street began with the need to expand space for Clay College, which has been a part of the Millville downtown for more than 10 years. The $7.7 million, two-story building opened in 2016, providing 21,000 square feet of educational, retail, and innovative space.

“We also brought back the Levoy Theatre, which is our gem,” says Santiago. “When you come through High Street, you see the lights lit up.” First opened in 1908, the Levoy was originally a theatre and dance hall, then a venue for Vaudeville and silent films, and then a Warner Brothers’ owned movie palace. Due to increasing competition from TV and newer suburban movie theaters, as well as its deteriorating physical condition, the Levoy closed its doors in 1974. In the mid 1980s the store space on the ground floor was reopened for leasing, and the second floor mezzanine was torn out to create residential apartments. A local non-profit group, the Levoy Theatre Preservation Society, struggled for years to raise money in order to purchase and redevelop the theatre, and finally, in 2010, a multi-million-dollar financial package containing a combination of tax credits, private, and public funds was compiled, and work on the restoration of the theatre began shortly thereafter. The Levoy Theatre successfully re-opened in September, 2012. Much of the building’s new interior was modeled and matched to the historic features of the century-old venue; it features a small entrance lobby, followed by a larger ground-floor lobby, and a grand staircase leading to a mezzanine lobby. The new theatre seats about 700 patrons, has state-of-art sound and lighting, and a levitating orchestra pit.

Santiago believes that Millville, New Jersey is on the verge of a rebirth. There are more renovation projects in the works, including a new senior housing project based in another older building and a condominium project planned along the Maurice River. “We’re sitting in the center of South Jersey; you have to come through this city to hit some of our shore points,” the mayor exclaims. “We have State Highway 55 that runs right through our city, and we are trying to market our airport and industrial park to get interested buyers to come in and open up businesses. Our downtown is very vibrant. It’s all in our favor. What we need to do now is grab the ball and move forward. The opportunities are here for this city to grow.”

Check out this handpicked feature on East Orange, New Jersey.

WHERE: Cumberland County, in the southern part of the state. 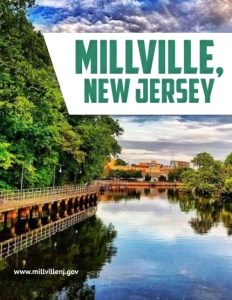