Edwardsville is a city of roughly 20 square miles and the county seat of Madison County, Illinois. Incorporated in 1818, the year Illinois became a U.S. state, the city was named in honor of Ninian Edwards, then governor of the Illinois Territory, and later State Governor and U.S. Senator, by his friend Thomas Kirkpatrick, the first settler, who laid out the community in 1805. Edwardsville is considered a part of Southern Illinois, the Metro East region, and Greater St. Louis. As of the 2010 census, the population was 24,293, but a special census three years ago, due to rapid growth, puts the current population at 26,600. A 2010 issue of Family Circle Magazine named Edwardsville third of their “Top 10 Best Towns for Families.”

Mayor Hal Patton, a dentist who has been the part-time mayor of Edwardsville for six years, talks about the city’s recent growth. “We’ve had a tremendous amount of economic development occurring in those six years, starting off with my first year as mayor, with about $47 million in investments,” he begins. “This last year, we had $251 million. We’ve recently added an additional two million square feet for the World Wide Technology campus. That’s a Fortune 500 company that does a lot of work with Fortune 100 companies in terms of software infrastructure and upgrading software packages for different businesses. We attracted two Amazon distribution centers, built within the last couple of years, hiring almost 2,000 individuals to assist in the package distribution system here in Southern Illinois and the Midwest. For our development area downtown, we’ve had about $25 million worth of investment in the last two years, from remodels to new buildings.” 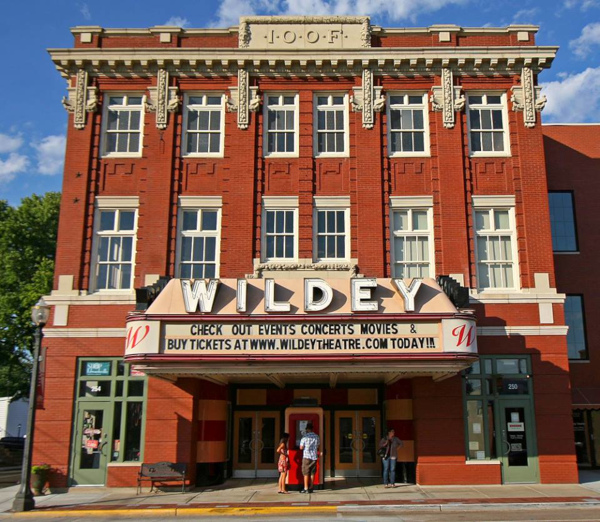 One developer, Plocher Construction Co. Inc., is planning a $50 million, 26-acre, mixed-use development in Edwardsville, to be called The Parkway. It will offer residents recreational and living options unlike any other development in the area. The residential side of the development will consist of 184 luxury apartment units and will be a mix of one-, two- and three-bedroom units. Close to downtown, at the edge of the Madison County Trails, it will be easily accessible to everything happening in Edwardsville, bringing an urban-lifestyle feel to the city, combining the convenience of downtown with the feel of a neighborhood. The project is designed for physically and socially active adults and will include multiple amenities such as a resort-style pool, fitness center, social lounge, walking/jogging paths, and connections to the Madison County bike and walking trail system (over 125 miles), as well as lots of common space for community activities.

On the commercial side, there will be six outlet stores, single-story retail buildings, and a new, 40,000-square-foot flagship store for Kloss Furniture. The project, which is located on the land formerly occupied by Madison Mutual Insurance Company headquarters, will also include approximately 78,000 square feet of leasable, commercial retail space. “It will provide a very livable location for people who don’t necessarily want to buy a house on a half-acre and be responsible for maintaining the yard or different aspects of home ownership,” says Patton.

“We really like the idea of this mixed-use complex,” he continues. “There are, actually, two being constructed right now that are somewhat competing against each other to get finished so each can attract residents before the other! It’s been quite a boom for us. We consider ourselves partners with the investors. You only invest your own private dollars if you’re going to get a return on your investment. We understand that. That’s why we like to work with the developers and the investors to make them comfortable, and help them succeed in our community.”

Patton says that the city typically uses one of three different economic investment tools. “We have the Enterprise Zone here in the state of Illinois,” he notes. “That was used to attract Amazon and Amazon facilities, as well as the World Wide Technology Buildings. That is seven years of tax abatement on the property with 10 percent due in the 8th year, 40 percent in the 9th year, and 70 percent in the 10th year, and then full tax after that. So that’s a very lucrative benefit to attracting the larger warehouses and also job creators.

“On the local level, we do have TIFs (Tax Increment Financing). A lot of our development is not taking place in the TIFs because most of our TIFs have been very successful and there are not a lot of additional development opportunities in some of our TIFs, at this point. But we have put together business districts where there is anywhere between a half-cent and a full-cent sales tax added on to retail purchases, and that money can be used for infrastructure improvements within that development.” One of the two large mixed-use facilities currently under construction is taking advantage of the business district with a 1-cent sales tax addition onto retail sales; the other project is not, since it’s being developed without incentives.

Patton adds that there are a lot of other things happening in this vibrant, mid-western city. “We have a publicly-owned theater, the Wildey Theater, that’s an active part of our downtown. It has live bands and acts and musicals that will play on the weekends. During the week, it has movies and things such as wedding receptions and bridal showers, and so forth. The restaurant scene is very positive in the summer. We host a farmers market, the Goshen Market, which will average over 2,000 visitors on Saturday, which makes it very a popular place to bring your pet and bring your family and grab breakfast after shopping for some fresh fruit and vegetables.”

One of the other things benefiting Edwardsville is having the fastest growing public university in the state of Illinois, Southern Illinois University at Edwardsville. Located on 2,660 acres, the SIUE campus is one of the largest college campuses in the United States. The student population has grown over its parent campus in Carbondale, and is now the larger of the two, having about 14,000 students in undergraduate and graduate programs. “The growth of that campus, obviously, has been beneficial to our business community, the retail business community, as well as our restaurants,” Patton remarks.

It’s often with an eye to attracting the younger generation of students and workers, who, unlike their parents, who might have been more interested in living in the suburbs and having their homes and cars, are happy to rent and don’t necessarily need a car or two, that some of these downtown redevelopment schemes involve a redesigning of zoning laws so that retail outlets can have living on the second or third floor of a commercial structure.

“We have dwellable units above the retails in our downtown, and those are being remodeled and added onto,” Patton reports. “It is very much attractive to the Millennials, the younger crowd. I am a parent of one of those and I see this being positive on both ends of the generations – one being recent graduates from school who don’t necessarily have the down payment or the investment ability to go out and buy something in the suburbs or in our more expensive neighborhoods. So they’re taking advantage of the cheaper space, and do not necessarily want to own a vehicle. We do have Uber and Lyft available in our community and that’s quite popular. The bike trails and the walkability of the community is something we’ve been working on for 10-plus years.” 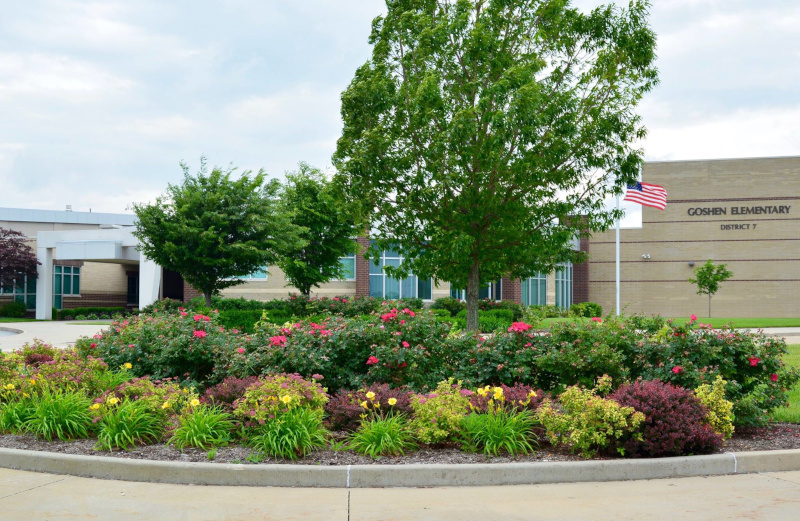 “The other side, my generation and a little bit older, are asking if we really want to spend two hours maintaining our yard every weekend and dealing with the taxes associated with owning larger lots and a larger home,” Patton adds. “That price point on the mixed-use seems to be very attractive when you look at property taxes in Illinois and some of the other states with a reputation for higher property taxes. We have an excellent school system, so few complain about paying a little bit more for that. But there is certainly an attractive approach to maybe selling the house and large lot and living in a mixed-use development that has the features you are looking for, whether it be a fitness room, computer room, a resort-style pool, etc. Those are very attractive things for both the younger generation and the generation that may be winding down a little bit, not necessarily wanting to retire, but certainly wanting to simplify their life and the busyness of their life.”

The state of Illinois turned 200 years old in 2018 so Edwardsville kicked off an initiative to acquire 200 acres of green space as a gift forward for the next generation. So far the city has acquired and annexed 152 acres with another annexable parcel it’s looking at that would cap the number slightly above 200. “That’s been very well received by all our residents,” Patton says. “They realize we have great economic growth and possibilities occurring right now, but they don’t want to see our community changed. Every kid should have an opportunity to walk in the woods, and jump in the creek, and get muddy. We still have that kind of subdivision development and still have that kind of community where it’s not all brick and mortar and concrete.”

Walt Williams, Edwardsville’s Economic/Community Development Director adds, “As a transplant, I’m envious of people who have lived in this community all their lives. It is just that great. It is everything that you want within a community. We thought we would be going to St. Louis on a regular basis; we get to St. Louis two or three times a year if we need anything. It’s just that type of place – great people, great institutions.”

“We’re a wonderful place to live and to raise a family,” Patton says in conclusion. “We’re a very family-oriented town. We have great people here, great neighbors, the kind of community that you open and hold the door for one another and greet people that you don’t even know at the grocery store. We don’t have a beautiful beach or islands, we don’t have mountains, but we do make it very comfortable for individuals to live here and feel safe and we have a really strong education system, as well. Those are the kind of things I think make Edwardsville a comfortable place to move to, and a place where people want to stay.”

WHERE: In Madison County in southwest Illinois