Business View Magazine interviews representatives of Hilton Head Island, SC, as part of our focus on best practices in the tourism and hospitality sector.

Hilton Head Island, sometimes referred to as simply Hilton Head, is a Lowcountry resort town and barrier island in Beaufort County, South Carolina, 20 miles northeast of Savannah, Georgia, and 95 miles southwest of Charleston. The island is named after Captain William Hilton, who, in 1663, identified a headland near the entrance to Port Royal Sound, which mapmakers named “Hilton’s Headland.” 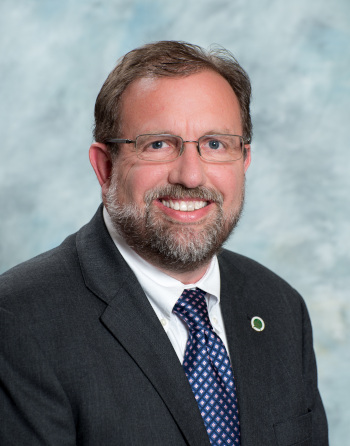 The island has a rich history that started with seasonal occupation by Native Americans thousands of years ago, and continued with European exploration and the Sea Island cotton trade. It became an important base of operations for the Union blockade of the Southern ports during the Civil War. Once the island fell to Union troops, hundreds of ex-slaves flocked to Hilton Head Island, which is still home to many of whom are descendants of freed slaves known as the Gullah (or Geechee), who have managed to hold on to much of their ethnic and cultural identity.

Today, Hilton Head has a year-round population of approximately 40,000, which can swell to over 120,000 a day during the busy tourist season, including some 15,000 people who come from the mainland to work. The island features over 13 miles of beachfront on the Atlantic Ocean, over 64 miles of pedestrian pathways, eight beach and 12 town parks, internationally recognized golf courses and tennis facilities, and world class restaurants, hotels, and residential vacation rentals. Approximately 70 percent of the island is located inside planned communities. The Town, which incorporated in 1983, maintains several public beach access points, including one with parking, predominately, for town residents, who have approved several multimillion-dollar land-buying bond referendums to control commercial growth.

“We became a town in 1983 out of concern of over-development,” explains Town Manager, Steve Riley. “It’s a finite island and we didn’t want to overbuild it. There are limits on where we can put roads and infrastructure, and because of the way the island developed, primarily driven by private development interests and no active local government, there was a real dearth of open space and parks. So, we’ve invested over $150 million over 25-plus years and have acquired something approaching 1,500 acres of land. We’ve built parks on it and fire stations, but we’ve also set a lot of it aside for green space. We have one major highway, US 278, that comes onto the island from the mainland and travels a good part of the length of the island, and because of our efforts and the efforts of some private developers to set aside some green space in their developments, more than half of the frontage on our major road is permanently green. There’s just no other town that can say that about their main drag. It’s been a pretty incredible conservation effort.” 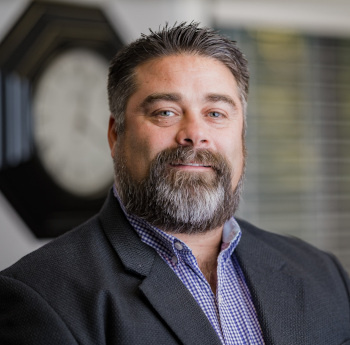 “The land acquisition program played a significant role in us receiving a Sustainable Communities designation from the Audubon Society,” adds Shawn Colin, Director of Community Development. “And with that, we’ve developed a green blueprint that has several recommendations, one of which is open space preservation. Another is trying to shift folks out of automobiles and our support of our local transit provider to operate a trolley system for the first time, this past year. The Town Council, over the last four years, has authorized funding to provide additional sewer mains for connections in areas that were underserved with the idea that there would be conversions from septic tanks. Those are some of the green initiatives that the town has been part of.”

Riley adds that Hilton Head is the only community in the nation, that he knows of, that has its own source of funding for beach renourishment. “Obviously, the beach is one of our key attractions,” he says. “So, its continued health and availability is a key to the long-term success of our community. We do a major beach renourishment project about every seven or eight years. We don’t rely on the state; we don’t rely on the feds; we’re self-sufficient. The most recent one was a $20 million project. We put a tax on our tourists – a two percent fee on their lodging. So, the visitors who enjoy the beach help to maintain it.”

Over the last several years, the town has also invested in a multi-phase redevelopment of Coligny Beach Park, one of the island’s key public beach access points. “We did a Phase One in 2007-08 that transformed that area into the most popular beach destination,” says Colin. “We had a significant parking area adjacent to that beach access point and found out, pretty quickly, that it was full much more than just a few days a year. It spurred reinvestment in a lot of the commercial operations adjacent to the area.”

“We’re looking at the next phase which takes advantage of a site that was initially programmed for hotel/commercial development,” he continues. “The plans are for that to become a destination playground, home for the Sandbox Children’s Museum, and a performance lawn with the ability to have events in the area. So, that’s the next project that we have queued up. We have a lot of infrastructure improvements starting right now, and we’ll be doing that for the next several months and then beginning that second phase of the much larger park in the late spring or early summer and try to complete that by August 2020.” 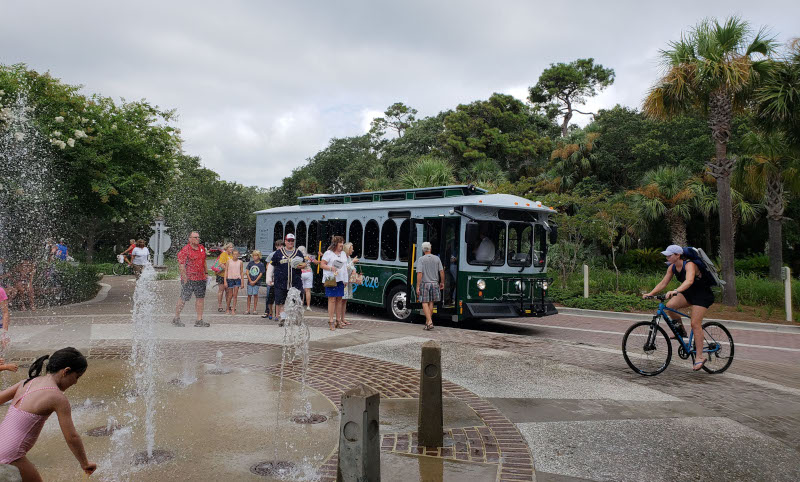 Riley adds, “We’ve introduced significant pedestrian improvements into and out of that park area, and the ability for a trolley drop-off with the new trolley system, and other public transit components that we anticipate starting to take place as we re-invest in this part of the island.”

Another major infrastructure investment that Riley says has been years in the making is a lengthening of the runway at Hilton Head Airport: “In 2010, after years of community fights, going through all of the permitting processes and environmental and archeological steps, we adopted a new Airport Master Plan which included an extension of our runway from 4,300 feet to 5,000 feet. And that opened last June. In July, American Airlines, which had been providing turboprop service to the island, switched to regional jet service. They used to just fly to their Charlotte hub, but are now adding flights to Washington, DC, and the New York area. Now, United Airlines and Delta Airlines have announced that, beginning this spring, they will both be providing direct flights to a variety of locations on a seasonal basis. So, we’re starting to see the payback that we anticipated in this runway lengthening; we’re also seeing greater capacity in private jet service. It’s a major infrastructure success story.”

One more success story on Hilton Head Island is the recent construction and opening of the new University of South Carolina at Beaufort’s campus housing the Lowcountry and Resort Islands Tourism Institute and the Center for Event Management and Hospitality Training. “We acquired an existing office complex that was rather derelict and underutilized and had some serious repair issues, as part of a large Tax Increment Finance district,” Riley explains. “And through the TIF district, and in cooperation with the USCB, they have moved the junior and senior years of their hospitality management degree program to this new facility on Hilton Head Island. It’s a $25 million, 43,000-sq.-ft. building, and we had the ribbon cutting in early November. The students started in January and our expectation is that it will spur a whole renaissance in that older commercial area. We also want to plug these students into our hospitality industry and get them involved as interns, and hope that, instead of taking their knowledge and talents off into the world, some of them will stay right here with our local resorts and help infuse a little youth and vigor and new ideas.” 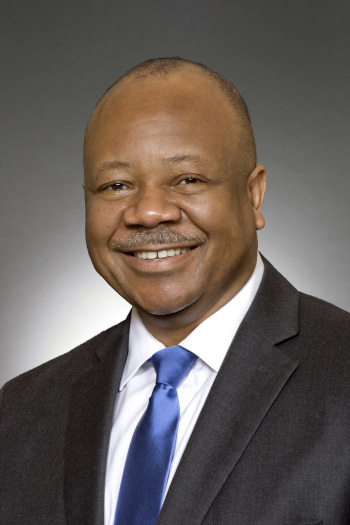 Dr. Al Panu, Chancellor of the University of South Carolina Beaufort, agrees: “We are extremely grateful for our partnership with the Town of Hilton Head Island. Our new campus affords USCB the opportunity to offer prospective and current Hospitality Management students unique experiential learning opportunities in what is perhaps one of the most authentic and distinctive hotel, restaurant, and tourism locations in the entire country.”

Although tourism is Hilton Head’s major industry (Hilton Head Island was named as one of the top 5 Best Family Beach Vacations in the U.S. By US News & World Report, and voted as number 1 Island by Travel and Leisure’s World’s Best Awards and Conde Nest Traveler Readers’ Choice Awards), Riley maintains that the island is more than just a tourism destination. “It’s a small town that takes care of its infrastructure for both residents and guests,” he states. “We’re a retirement and residential community with a lot of second home owners, good schools, and good parks, and good recreation programs. It’s a unique space where you can enjoy nature but also have access to great restaurants, great shopping, and a whole array of arts and cultural opportunities. It’s a pretty special place.”

WHAT: A resort town and barrier island in Beaufort County

WHERE: 20 miles northeast of Savannah, Georgia

Quality Enterprises USA, Inc. (QE) is a leading construction firm based in Southwest Florida that focuses on major civil, building and specialized construction. Celebrating 50 years of service, QE prides itself on completing projects on time, within budget and at approved levels of quality. Backed by experienced personnel and a modern fleet of heavy equipment, QE is prepared to complete a wide range of multidisciplinary construction projects including: aviation, road and bridge construction, heavy highway, underground utilities, water treatment and storage, and many other types of specialized construction. QE is proud of the work it has completed in the Hilton Head area. With over $40M worth of projects completed for both the Town of Hilton Head and the Hilton Head Airport, the partnership is strong and QE is invested in the growth and success of the town. These projects were constructed during peak season and minimizing impact to the traveling public was at the forefront of the work. With gratitude, QE would like to acknowledge Scott Liggett, Director of Public Projects and Facilities; Stephen Riley, Town Manager, and their staff for a team effort that lead to these projects’ success. Also thanks to Jon Rembold, Airports Director; along with Talbert, Bright & Ellington for their collaboration on the Airport transformation. 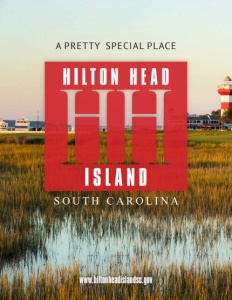