February 2019Past IssuesSupply Chain and Logistics

Driving the intermodal industry for 30 years

Business View Magazine interviews Nick Ferrone of Diamond Freight Distribution Inc., as part of our series on best practices in the transportation sector.

Diamond Freight Distribution Inc. is family-owned and operated intermodal trucking and transport service provider within the Port of New York/New Jersey, that also offers storage and container sales. According the Co-Owner and Vice President of Intermodal Operations, Nick Ferrone, the company was formed in 1987, by Nick’s longshoreman father in response to the demand for empty container repositioning. “The steamship lines or leasing companies would either have empty containers that needed to be terminated or repositioned to terminals for export,” he explains. “That was the initial basis of the company.” 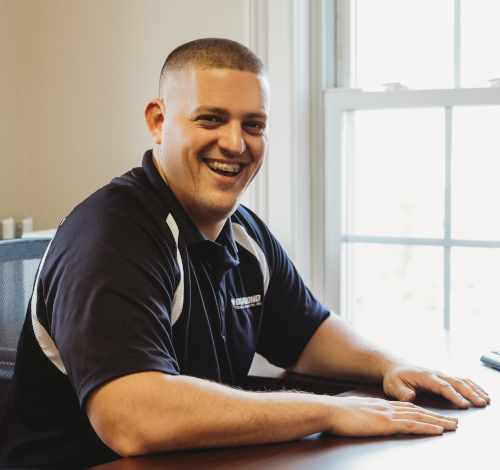 Today, Diamond Freight Distribution is run by Nick and his brother, James, who came into the business as a teenager, running the company out of a back office in the Ferrone household. “He went straight from high school and continued with the business – dispatching, payroll – pretty much everything for a small family business,” Nick continues. “I went away to school, came out with a degree, and got involved with pretty much every other aspect of the business, and from that point on we went from more of a repositioning company to handling ‘door’ deliveries – import and export freight for the entire northeast.”

Currently, the company has two offices; the main office is located in East Stroudsburg, Pennsylvania, and a secondary office is in Rockaway, New Jersey; the company’s storage facility is located in Newark. Its customers include all the major steamship lines and big retailers, such as Wal-Mart and Target. “As far as the types of cargo – retail is a very large part of our industry considering the amount of global trade coming into the Port of New York/New Jersey,” says Nick. “It’s a very busy location. So, we’re doing clothing, toys, frozen fish, scrap metal – if it’s containerized cargo, we move it.” The company also will serve “an individual who’s just looking to ship some of their belongings to another company,” he adds. “We handle small, big, and everything in between.”

Nick believes that Diamond Freight’s competitive advantage lies in its relatively small size and personalized service. “We try to keep our personal touch,” he avers. “You’re not dealing with a franchise or a multi-billion dollar company, but you’re also not dealing with a mom-and-pop shop. We’re right in the middle as far as truck capacity and the owners are always readily accessible and heavily involved in the day-to-day operations. The layers are very thin and that’s how we try to label ourselves.” 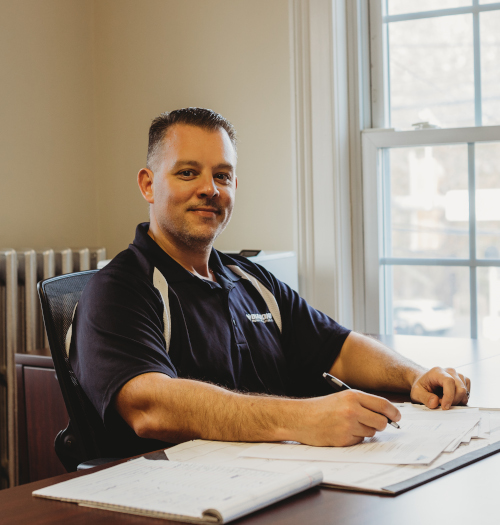 Being a middle-sized company, Nick believes that in addition to social media, word-of-mouth networking is a vital component of its marketing activities. “Being accessible and following through, we get a lot of leads, internally,” he relates. “When we’re out trying to procure business, it’s going through established channels, rather than putting up a billboard saying, ‘Here we are; give us a call.’”

One of the company’s recent challenges was this past year’s federally mandated transition to electronic logging devices (EDLs) for all of its trucks and drivers. “That sent the industry into a little bit of a tailspin,” he remarks. “Now every driver has to have a GPS tracking device. And considering our business is not only company-owned units, but also owner/operators, it added a few more layers. This mandate went into place last January and sent us into a year where not too many trucking companies or customers had any idea what it was going to entail. So, we’re just getting over that.”

That is not to say that upgraded technology is a burden. In fact Nick believes that it helps get the company’s customers information more quickly than ever, while keeping its drivers safe. “Everyone wants to trace their orders,” he states. “They want to know when their containers are coming into the port, when they’re available to be picked up, and how soon they can get them delivered. While we’re doing this, we are getting information to and from the drivers in a safe manner. Having technology that will keep a driver off of a phone, keep him from being distracted, having him able to update and communicate with a dispatcher in a manner that is non-distracting, is huge. That’s what we’ve been investing heavily in.”

This past October, Diamond Freight Distribution was recognized for its exemplary service to its customers and community by receiving the Best of Newark Award in the Distribution Service category by the Newark Award Program, established to recognize the best local businesses in the community – companies that enhance the positive image of small business and help make the Newark area a great place to live, work, and play.

This coming year, Nick says the company’s main challenge is adding more assets and making sure that there are qualified drivers to operate them. “That’s the largest priority we have, right now,” he says. “It’s very hard to find qualified truck drivers. For awhile, the job wasn’t properly compensated for someone to be away from their home, and even if they are home every day, the off-peak hours. The traditional nine-to-five day is not what you’re dealing with. You’re dealing with guys who sometimes have to make a delivery at two o’clock in the morning and have to wake up at eleven o’clock at night. So, this kind of position has to be compensated and this is something that every trucking company has come to realize. The compensation for a driver, or an owner/operator, has to be there in order to get the job accomplished. They have to be treated fairly and understand that for someone to get a CDL to operate a truck on a daily basis, it is a highly sought-after job. It is a lot of responsibility and it has to be compensated accordingly. That is one thing that we focus on.”

Recently, Diamond Freight added several more tractors to its fleet. Nick reports, “We were at 16 owned units and now we’re up to 25. So, this year was a big reinvestment, adding more company assets and maintaining that control to help service some of our customers that had specialty needs. But,” he adds, “the amount of trucks on the road never really tells the true story. The biggest thing for any truck owner is being able to go to sleep at night. You’re putting trucks that are travelling at 80,000 pounds going down the road. If we can have limited accidents and no injuries – that’s my goal. Making a living, making sure that everybody that comes along with us for the ride can provide for their families, and everybody gets home at the end of the day – that’s my goal.”

WHAT: An intermodal trucking and transport service provider 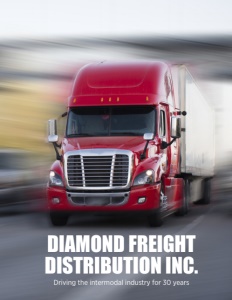