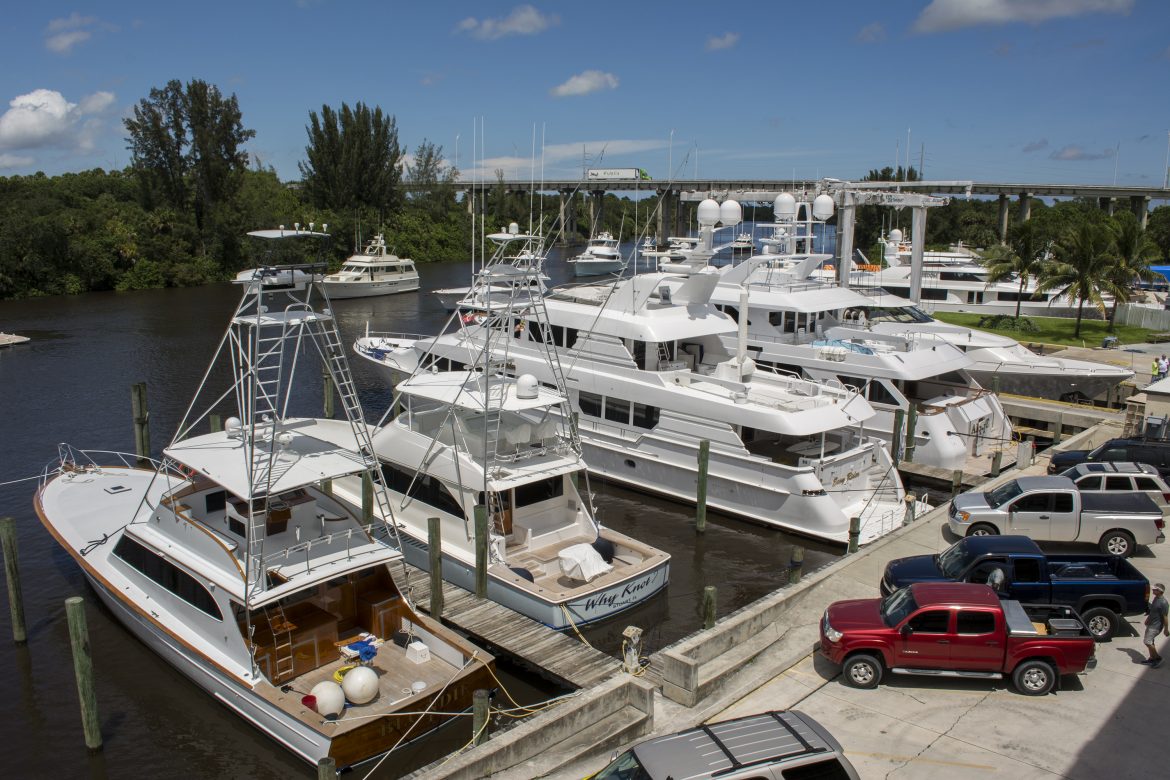 American Custom Yachts’ name reveals just a portion of what this Stuart, Florida-based company has to offer: repairs, repowering, and refurbishing yachts, complete painting services, and vessel storage are an important part of its business model. But it is ACY’s custom-built, high-performance vessels and their exceptional quality that truly established its name on the world stage.

American Custom Yachts was founded in 1991 by Dominick LaCombe, Sr., who had acquired a solid reputation in the industry by age 29, when he was running Monterey Boats, a leading manufacturer of sport-fishing yachts. At ACY’s inception, his résumé already included supervising construction of the fastest diesel powered, sport-fishing boat in the world, which reached speeds of 48 knots.

LaCombe partnered with a Louisiana-based family to start his new venture, which began by building a 58-foot demonstration yacht that took a year to build. “It literally went around the world and was shown off,” says ACY’s General Manager, Dominick LaCombe, Jr. “That was our marketing strategy, to demo the boat and show the world what we could do.”

Next, the partners asked him to build a slightly larger yacht, on spec. After the craft was built – another year’s work – it was also taken on tour. “The business started to pick up because people were seeing our style of boat,” says LaCombe. “It was a real fast, real lightweight boat that could take on almost any sea conditions.”

Custom-boat builders were commonplace at that time, with the city of Stuart being well-known in the industry. But most of the companies were not known for producing vessels that were exceptionally fast, a feature that is a calling card of ACY’s meticulously hand-crafted sport-fishing boats.

“Between ‘90 and ‘99, most boats were in the 30-knot range and they were made out of fiberglass,” says LaCombe. “We were among the first pioneers of more efficient hull designs which allowed us to gain speed and keep the weight down at the same time.”

The company’s vessels are crafted using traditional, cold-molded, wooden boat-building techniques, but feature ultra-light materials, such as Kevlar, which are used in the aerospace industry. For strength, laminated wood is used for the keel, stringers, and deck beams; fiberglass and Kevlar-laminated plywood are utilized for hulls and structural bulkheads. The Kevlar, a polymer stronger than fiberglass, is the secret to each craft’s light weight and high speed.

“The niche that we had was a quality built boat from start to finish,” LaCombe explains. “The idea behind our boats is to take, from the tiniest piece of wood on the keel, all the way up to anything on the boat, and build it from scratch and to fabricate it right here in our facility.”

As more orders were received, ACY found that it had outgrown its facilities, so the company shifted operations to a new location on the Okeechobee Waterway, with easy access to the Atlantic Ocean and the Gulf of Mexico. The move also facilitated an update to the company’s business model to include repairs, repowering, and refitting, complete painting services, and storage for more than 300 vessels.

“The idea there was it’s nice to build the boats and it’s great to love our name and our reputation, but being on the water allowed us to service the fleet,” LaCombe offers. “The nature of the business went that way because boats require a lot of service and maintenance, especially a wooden boat. The idea was to service our fleet and then to service other boats and it didn’t matter if the boats were made of fiberglass, wood, or metal. We have the ability here to fix and repair or upgrade any style of boat or any type of material a boat is built out of.”

From its humble beginnings, the company has grown to 95 employees, and over time, service and repair has replaced yacht building as the dominant portion of ACY’s overall business. “Up to 2005, we used to be about 65-70 percent production. Recently, we’ve probably reduced production to around 30 percent and service up to 70-80 percent,” LaCombe avers.

But broadening the business’ scope to include service and repairs has proven to be a game changer for ACY. “There was actually more competition, from a boat-building perspective, in our local area in the early nineties to the 2000s, but a lot of them didn’t have the ability to shift into that service model,” LaCombe speculates. “Unfortunately, a lot of the big names that I grew up looking up to are gone.”

In addition to adapting its business model, LaCombe believes that ACY has sustained itself through brand recognition and its longevity in the industry. But it still has to promote itself which is why it recently created an in-house, business development office. Another key move for the company came in 2014, when LaCombe’s partners purchased North America’s largest yacht manufacturer, Westport Yachts, based in Port Angeles, Washington.

“We’re looking at combined efforts in marketing because we’re able to service that type of fleet,” says LaCombe. “That purchase really works towards reducing some of the costs amongst both companies. One of the big things with the Westport purchase is we want to be known as a group that can build your entire fleet, from 160 feet down to 34 feet. There aren’t many companies in the United States that can pull that off anymore.” 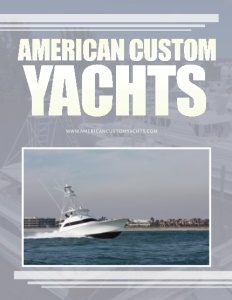