Come together and thrive

Business View Magazine interviews representatives of South Euclid, Ohio for our focus on Economic and Environmental Sustainability in U.S. Cities.

Welcome to dynamic, charming South Euclid, Ohio, where residents and businesses come together to enjoy a diverse lifestyle that’s rich in tradition and thrives on sustainable action. Primarily a bedroom community, with some small industrial and commercial areas, South Euclid is a first-ring inner suburb of Cleveland, Ohio that was developed mostly in the 1930s through the ‘60s and thoroughly built out. Today, this city on the move is pursuing innovative opportunities for future growth and sustainability.

Keith Benjamin, South Euclid Community Services Director, reports, “Over the last few years, we’ve worked hard on redevelopment. The first project was a complete revitalization of our Cedar Center Business District. The city purchased 12 acres of property that was an old strip center, demolished the buildings, and then sold the property to several business developers. It’s been completely redeveloped, so we now have a new form of tax base.” Another project, the former Oakwood Golf Course, has been redeveloped, privately, into Oakwood Commons – a big-box power retail center and home to the world’s only green-built Walmart. As part of that development agreement, the city acquired 21 acres of additional greenspace, which is now a passive park. 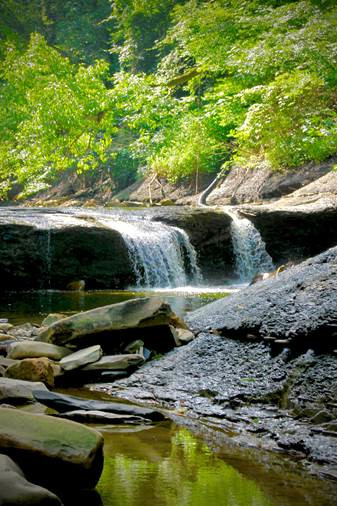 South Euclid, like many inner ring suburbs in northeast Ohio, was hit hard by the recession and the housing and foreclosure crisis, so the city has implemented some unique strategies to revitalize its neighborhoods and housing stock. According to South Euclid Economic Development Director, Mike Love, “One thing that may be our Mayor’s lasting legacy was the creation of an affiliate Community Development Corporation (CDC) called One South Euclid –one of the first suburban CDCs in northeast Ohio. One South Euclid was founded in 2009 and really became active in 2011. It’s led by a board of volunteer residents and business leaders from the community, with the assistance of city staff. Having this affiliate, non-profit corporation has allowed us to develop a residential resale program in which vacant properties that have gone through various states of foreclosure can be purchased by the non-profit and resold to developers to rehab and resell to owner occupants. We’ve restored much of our real estate through that program, thanks to federal funding received in 2009/10 from the Neighborhood Stabilization Program (NSP).”

After securing the NSP grant, South Euclid launched the Green Neighborhoods Initiative, which involved the rehabbing of some homes and the building of two new homes – all done to fully green standards. On properties where homes beyond saving had to be demolished, the city installed pocket parks and community gardens. After federal funding ran out, One South Euclid started carrying on those initiatives. The original NSPs were in two neighborhoods most severely affected by the housing crash of 2008, but since One South Euclid has taken over the residential resale program, it is scattered throughout the city. Love admits, “If the city hadn’t started by getting that grant funding to do the rehab and build new homes, I’m not sure the private market would have taken it on. But with the success of the Green Neighborhoods initiative, One South Euclid’s program has been marketing properties to developers to rehab because they see that there’s a market for it and it worked here.”

Once homes are rehabbed and resold to owner occupants, the proceeds go to One South Euclid, which reinvests the money directly back into the community through a neighborhood grant program. Those funds are used to provide grants to homeowners for exterior repairs to their property; for community events like block parties; for senior citizen residents needing grass cutting and snow plowing services; and for a commercial storefront renovation program for commercial business owners. Because the funds are locally held, there is much less restriction in terms of how grants are awarded. Love explains, “There is no maximum income for someone to get a grant, so we can consider their whole situation. Even if their income looks good on paper, we’re able to take into account, for instance, if they have three kids in college and a medical issue that is resulting in high bills and is the reason why they’re really in need of this grant.”

The city’s Comprehensive Master Plan encompasses the Community Development Corporation. Benjamin notes, “In 2006/07, we approached City Council with three initiatives that came to fruition. First, we formed our own landbank. Second, we created our own community revitalization area, basically we made the entire city a CRA. The purpose was to provide tax abatement as incentive for developers or home buyers to build new homes. The third leg of the tripod was the establishment of the CDC, initially, to apply for grants and funding for projects that governments could not apply for. Then, later on, we established the Build, Grow, and Thrive program and it’s become the main tool for revitalization in the community.”

Notre Dame College is South Euclid’s largest employer. “The college is critical to the future of our community,” says Love, “and we try to have a collaborative relationship with them as they continue to grow. Our second largest employer, University Suburban Health Center (a branch of University Hospital), is also very important. It has a lot of doctors, many outpatient procedures that happen there, and will soon have an urgent care center. We also have a manufacturing corridor with the big employers being Arrow Control X, which does work in the Aerospace field and is a division of Transdyme, and Glastic Composites that does fiberglass manufacturing. And we are about 15 minutes from University Circle, where all of the health systems are, along with some of the larger educational institutions. We’re about a half hour east of downtown Cleveland and 10 minutes from the 271 Corridor, with Beachwood and Progressive Insurance; a lot of our people work in those places, as well.”

The main commercial corridor at the center of South Euclid is definitely not at its full potential. But this past year, the city worked with Yard and Company to create a vision for that Mayfield and Green District which features much mixed-use development and gives a plan for moving forward to revitalize the downtown core. One developer has a shovel-ready project for a mixed-use apartment building that hopefully will happen in the next year. Sustainable building for new construction is encouraged, and the city is looking to keep as much of the existing street-fronting retail as possible in order to preserve a friendly downtown feel and then grow in the area behind those buildings. 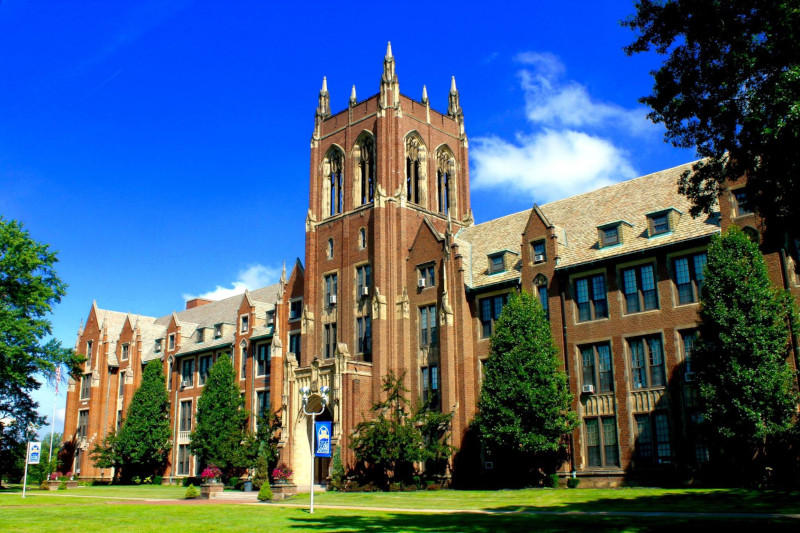 The Mayfield and Green District includes a focus on attracting start-ups. Garden Drive, in the downtown, has some residential homes but is zoned commercial. The goal is for that to be the incubator street where people can grow their business and eventually move into a storefront. South Euclid also has a home-based business association and works closely with the Heights Hillcrest Chamber of Commerce.

As for infrastructure, Benjamin says, “Because almost all our roads are between 60 and 100 years old, we’ve had a road levy for the past 20 years that provides funds to rehab three to five roads per year. The work is ongoing because the freeze/thaw in our region continues to be an issue for the roads. We have aging infrastructure, and in the next five years it will cost the city upwards of $2 million for our share of reconstruction of the county and state roads that go through our corridor. Hopefully, it will be done in a sustainable way, providing multi-modal transportation opportunities, bike lanes, and making our main thoroughfares more pedestrian-friendly.”

South Euclid is home to 22,000 people; a progressive, middle-class community, very proud of its diversity in terms of race and socio-economic class, culture, and ideology. It is one of the first communities in northeast Ohio to pass a comprehensive non-discrimination code that provides protection for race and age, but also for source of income – so you can’t discriminate against someone if they receive, for example, public housing assistance. It also offers protection for people who identify as LGBTQ. The city is always looking to work with new business and accommodate their needs, while offering the small town feel and urban amenities that residents of every age love in this community that they call home.

Check out this handpicked feature on Akron, Ohio – Cleaning up and moving on. 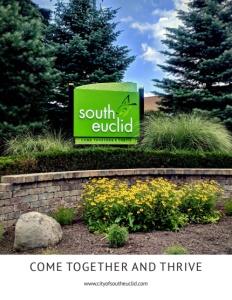