Located in the Pennyroyal Plateau region of Kentucky, Simpson County is the ideal place to work and raise a family while benefiting from the blessings of a small-town environment. Strategically situated between Bowling Green & Nashville, Simpson County offers a great alternative to big city life, yet is near enough to access the desired metropolitan amenities. Government offices for the county are still located in the historic downtown courthouse that holds pride of place in the center of the public square in the County Seat of Franklin. Built in 1882, the courthouse is symbolic of Simpson County – long-standing but full of life; representing a proud community that is vibrant and growing and open for business. 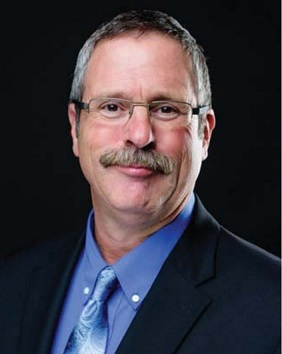 Mason Barnes, Judge Executive of Simpson County, reports, “We currently have two major industrial parks and we’re working on the development of a third. The North Wilkey Park on the north side of Simpson County on Hwy. 31W is at full capacity. And we have two parks on the east side of the county in close proximity to each other – the Sanders East Park is at full capacity and we’re expanding the Henderson Industrial Park, now. There are some facilities already operating in that park and we’re working on a road project and other infrastructure expansion, so we have more space ready there. About 80 percent of the businesses in those parks are automotive-related and major employers for our residents; that being said, roughly two-thirds of the employees at our industrial parks are from out of town.”

Kenton Powell, Franklin City Manager, elaborates, “Part of our goal is to diversify and have more of a balance and that’s difficult to do because automotive in this area is really big – Toyota, Honda, Nissan – it’s a sweet spot for all the manufacturing, so we get a lot of automotive-based requests because we’re right on I-65. But if that industry sector takes a downturn, we don’t want all our eggs in one basket. We have an excellent recruiter for our Industrial Authority, but the City of Franklin is very selective about what industry comes in – we don’t accept anything and everything. We want clean industry, obviously, and we’re looking for the best fit for the city.”

In the last two years, Franklin has seen a significant increase in residential houses being built, as well as rental properties. In fact, in 2019, the most building permits in recorded history were issued in the city. It’s an exciting turn for the community because it gives people the opportunity to live there instead of commuting. At the moment, the majority of people still drive in to work from the surrounding counties and that does have its benefits. As Barnes relates, “A good number of people that commute into Simpson County spend a lot of dollars in retail; especially, folks that cross the Tennessee state line to come to work. I’m sure a lot of them take advantage of shopping here, locally, because of the 3.75 percent sales tax savings.”

The current population is just over 18,200 total for city and county, and that number is just about a 50/50 split – just over 9,000 inside the Franklin city limits and about the same number in the rest of Simpson County. Since 2010, population growth has been pretty stable but with the way things have moved in the last couple years in Simpson County, those numbers are expected to be between 20,000 and 21,000 in the 2020 census. “Nashville is slated to add another million people to its population by 2040,” says Powell, “and we’re about 40 miles north of Nashville. Traffic there is crazy. But you’re beginning to see people wanting to come a little bit north. Same with Bowling Green, it’s expanding and coming south and Nashville is coming north and we’re right in the middle. It’s good for people who want to live in a smaller community and maybe work here, as well.”

Franklin has recently experienced a dramatic revitalization of the downtown area. Many people come in from out of town on the weekends to enjoy the atmosphere and the locals do their weekly shopping. It’s become a destination location with charm in abundance. The historic courthouse stands in the middle of the square, surrounded on four sides by heritage buildings. For quite some time, several of those buildings sat empty and dormant, but over the last five years, Renaissance Director, Amy Ellis, has done a tremendous job of spearheading a revitalization project. Today, well over 90 percent of the buildings in the downtown area are occupied and operational.

“Every one of those businesses have updated and upgraded their building,” says Powell. “It’s very impressive to visit the downtown merchants and see what they’ve done.” Tourists visiting Nashville from throughout the U.S. and beyond will make the short drive over to shop, dine, and enjoy the old world atmosphere. Along with the Renaissance initiative, the city and local tourism office work hard to promote the downtown commercial and heritage areas.” 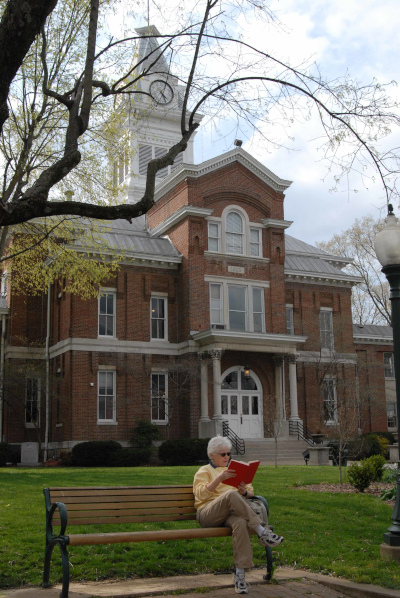 As Barnes explains, “What’s definitely unique about us is that, being such a small and close-knit community, the tourism, the chamber of commerce, the Industrial Authority, the Renaissance, planning and zoning, and our parks system are all joint efforts of Franklin City government and Simpson County government. And we’re currently enjoying one of the best cooperative efforts we’ve seen here in a long time. We’ve been able to accomplish a lot of good things because of that cooperation.”

Powell admits, “When we’re recruiting industry, we’re competing across the country. But the city and the county are in partnership with the industrial authority, so we’re all on the same page; all working to lure good companies here. We may be small but we’re still able to draw those high profile companies in. The other recruitment tool we have here is SKYCTC (South Central Kentucky Community & Technical College), which is right off the interstate. That’s another partnership where the city and the county, Kentucky Downs, Franklin Bank & Trust, and the Industrial authority come together and earmark $50,000 towards tuition at the two-year technical college. Any student that attends Franklin-Simpson High School is eligible.” The South Central Kentucky Workforce Development Group toured the technical college facility and realized that it’s a huge recruiting tool for industry – having a base of skilled individuals they can pull from that technical facility and employ directly into their workforce.

On the healthcare front, the Graves Gilbert Clinic has built a state-of-the-art healthcare facility in Franklin, so local residents can now have kidney dialysis, CAT scans, and MRIs done in the community without having to travel to Bowling Green or Nashville. Also notable, the city government has made huge strides in being more progressive with infrastructure, water and sewer facilities. There have been drastic improvements in those facilities in the last nine years and the county government has tried to carry that on in the last year by partnering to an even larger degree. It’s all about teamwork.

“We have recently repaved eight rural roads and have four more slated to be repaved in the spring of 2020,” says Barnes. “We are starting work on a new bridge project in early 2020. Housing development is at an all time high in Simpson County with both single-family and multi-family units, and there is also a planned upgrade to county waterlines through the Simpson County Water District, as well as a sewer line expansion into a rural part of south Simpson County. One of our largest tourist and entertainment attractions, Kentucky Downs, is currently undergoing the first of two major expansion projects. And inside the City of Franklin, almost all residents have access to broadband fiber internet through the Franklin Electric Plant Board, with speeds available up to 1G. By February 2020, there will be parts of rural Simpson County connecting to this fiber service through the collaborative efforts of the Franklin Electric Plant Board and the Warren Rural Electric Coop. It is very likely that the fiber service will expand into other parts of rural Simpson County, with the eventual goal being the entire county.”

Simpson County turned 200 years old in 2019 and the City of Franklin will be 200 this year. And Barnes has an ambitious goal for the future. He shares, “My objective this term is to have a comprehensive growth plan in place that would set growth goals and targets for our community for public safety, infrastructure needs, parks and recreation improvements, industrial and residential development, our school system, and the preservation of agricultural space. It is our hope through the comprehensive growth plan that we see even greater economic, social, and environmental progress in our community in the coming years.” If recent successes and partnerships are any indication, Simpson County is destined to be a thriving, vital community for many generations to come.

Where: Pennyroyal Plateau region of Kentucky