Many places claim to be hidden gems, but the scenic city of Rutland, Vermont is a true, largely untapped, diamond in the rough. The people who call Rutland home are some of the municipality’s biggest supporters, champions of their fellow residents, and willing to share their little slice of an outdoorsmen’s paradise. Chock full of charming small town atmosphere, this four-season retreat has a population of just under 16,000 and is the county seat of Rutland County, located in central Vermont approximately 65 miles north of the Massachusetts border and 20 miles east of the New York state line.

Although the city has seen many challenges with a downturn in the economy, a decreasing population, and a bit of a rough reputation from the opioid crisis, it hasn’t let that hold it back. New businesses, residents, and visitors are welcomed with open arms. Citizens of Rutland consistently pull together to take care of each other and the community at large whenever issues crop up. They volunteer in droves to help those struggling – no matter what the cause. Mayor David Allaire believes that the challenges helped people come together. He shares, “I think that’s made us grow stronger in a lot of other ways. We look out for each other. We have been through a few natural disasters, recently, with a couple of wind storms and floods. That seems to be when our community rises to its best level, so we’re very proud of the community feel that we have here in the City of Rutland.” 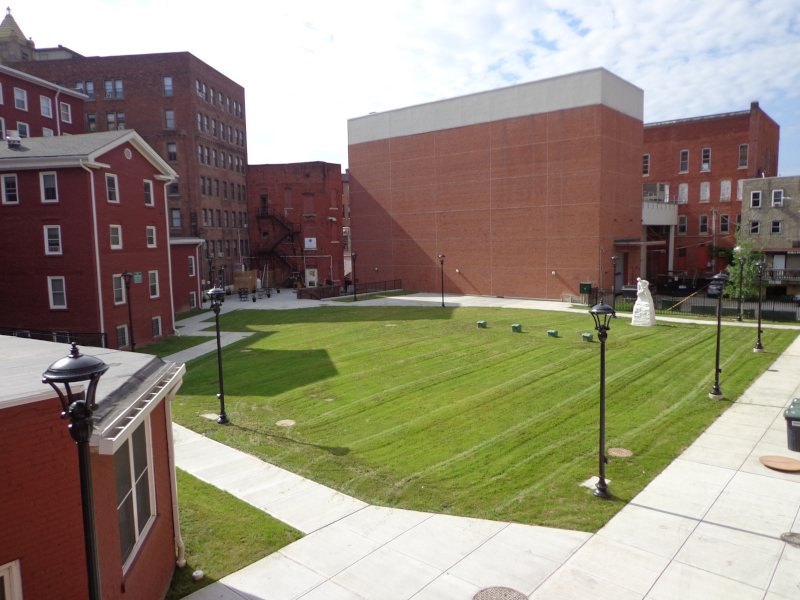 Brennan Duffy, Executive Director of the Rutland Redevelopment Authority, reflects, “The population decline problem isn’t Rutland specific, but encompasses the entire New England region. Rutland isn’t alone there. We have taken on some initiatives to address that issue as a state problem, a regional problem, and a municipal problem.” The city is surrounded by the Town of Rutland, which is a separate municipality now, but they have recently begun working together to help elevate the profiles of both municipalities and to help solve challenges they jointly share. Because, as Allaire says, “We believe what’s good for us is what’s also good for them.”

The City of Rutland began as a small hamlet on Otter Creek in the early 19th century. At the time, it was called Mill Village and was always surrounded by the town of Rutland, which was named by Governor Benning Wentworth in 1761 after John Manners, third Duke of Rutland. Back then, small high-quality marble deposits were found in Rutland, and in the 1830s a large deposit of almost completely solid marble was found in what is now West Rutland. By the 1840s, small firms had begun excavating, but marble quarries proved profitable only after the railroad arrived in 1851.

Allaire boasts that the railroad was also one of the things the state and city were well known for. He reports, “For many, many years we were the railroad capital of Vermont. We still have a fairly good freight rail system that comes through – Vermont Rail Systems – based in Rutland and Burlington. So, there’s still a lot of freight that comes through here, but we are also very big with passenger rail. In it’s heyday, it was a destination and also kind of a hub for several different railways that went in four or five different directions. But when the railroads went out and passenger cars became the mode of transportation things began to change.”

Rutland eventually became one of the most profitable and marble-rich places and was the marble capital of the United States. It was also one of the world’s leading marble producers. A large number of people with immense experience in the industry came from Italy to Rutland with their families. This migration for marble fueled enough growth and investment that in 1886 the center of town incorporated as Rutland village. Most of the town was split off as West Rutland and Proctor, which contained the bulk of the marble quarries. Rutland City was incorporated as Vermont’s third city on November 18, 1892.

Since the closure of many of the city’s manufacturing companies in past decades, Rutland has had to reinvent itself and change direction from mining, railroad, and manufacturing to a more service-based and tourism-driven economy. Tourism, although not as profitable for residents, is suited well to the city because they sit on the western edge of the Green Mountains in close proximity to some of the best skiing and winter sports in the New England area. Cyclists, and hikers are drawn from far and wide to test the trails and boaters are smitten with the beautiful lakes. 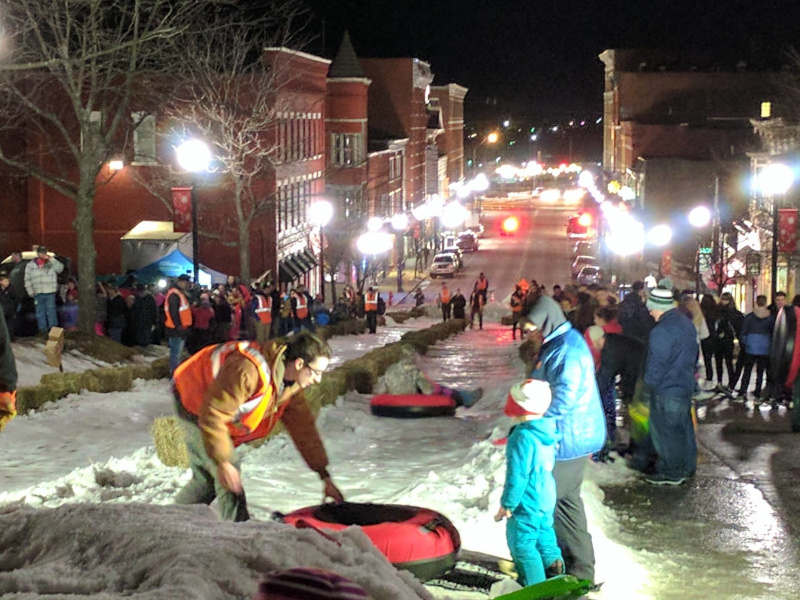 Duffy hopes that the current COVID-19 pandemic will help spur some population growth, as people realize the places they love to visit aren’t out of reach as a place to call home, especially when employees of so many knowledge-based companies are now working remotely. He notes, “If that COVID-mandated trend keeps up they can bring their work with them and live in a place they enjoy. The state of Vermont is well positioned; we’ve had a very low number of cases of COVID here, much lower than in other states around us and in other parts of the country. So I think that will resonate… and as a small community with a great quality of life and quality of place, we will start to see the benefits of that remote worker migration here in the near future.”

Housing prices in Rutland are affordable and inventory is abundant with Realtor.com placing the median home price at only $150,000. The municipality has worked hard in recent years to perk up neighborhoods with a program tailored to homeowners. They purchased rundown and vacant homes, rehabilitated them, and sold them to residents at affordable prices. All of those homes and neighbourhoods are now thriving. The municipality has also worked hard to become a more business-friendly location by creating many incentive programs to make it easier for businesses both small and large to thrive. Tax stabilization programs were established at the municipal level that would work for people making an investment in a commercial property, whether that’s as a real estate investment property or investing in machinery and equipment for their personal property. One of the more innovative programs for vacant and blighted commercial properties that are about to be purchased with a speculative reuse will allow businesses to save money on future municipal property taxes as they invest and make improvements.

There is also a water and wastewater incentive program aimed at reducing costs for large water consumption. Duffy explains, “The city has a very strong and robust water and wastewater system. It’s got an excess capacity, so we actually established several years ago what is called the water and wastewater rate reduction incentive, where we can actually waive the initial allocation fee and discount the future base rate for high water users. The program has been mainly utilized by larger restaurants or other businesses using a significant amount of water daily.”

In the past few years, the city has had success bringing businesses into the historic downtown and have brought about 35 new families to Rutland through its regional marketing campaign geared to helping people find their forever home. Allaire acknowledges, “Our strongest attributes are our people, our workforce, our small town feel, low crime rates, a great school system, location to the ski areas and the lakes, and just outdoor recreation in general. And for those looking for a new start, we believe this would be great place for them to relocate.”

What: A scenic small city; population just under 16,000

FINALISTS Announced FOR $1 BILLION “BUILD BACK...