The Rural Municipality of Hanover – Living in harmony

The Rural Municipality of Hanover

Business View Magazine interviews Luc Lahaie, CAO of the Rural Municipality of Hanover, as part of our focus on best practices of Canadian municipalities.

The Rural Municipality of Hanover is located in the southeast corner of Manitoba, some 70 kilometers south of Winnipeg. It was created in 1881, on part of the native lands of the Anishinabe people. Original European settlers included five different ethnic groups: Mennonites, Ukrainians, Germans, French, and Anglo-Saxons. In the early years, over 50 communities were established but many did not last long. The communities of Steinbach, Niverville, Blumenort, Grunthal, and Kleefeld became the trading centres and they still exist today. Steinbach, the major trading centre for the region, was established as a town in 1947. Niverville, the only other incorporated community within Hanover, was incorporated as a village in 1968. 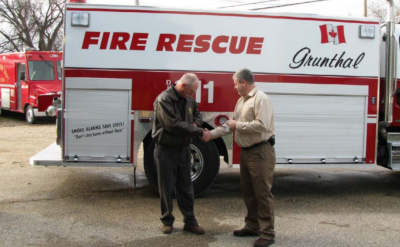 Agriculture has always been the dominant industry in the RM, with many residents either directly employed in agriculture, or in agricultural businesses and support services. Much of the land in Hanover was not ideally suited to grain farming, which led to the diversification of the local agricultural industry into dairy, hogs, and poultry. This specialization created the need for agriculture related services like feed mills, hatcheries, transportation, farm implements, and other agriculture services that make up the economic base of Hanover today.

“We have three large companies in our municipality, which are direct agricultural spinoffs from the local production,” explains Chief Administrative Officer, Luc Lahaie. “We have Granny’s Poultry, which is a turkey and chicken processing plant in the community of Blumenort; in New Bothwell, we have Bothwell Cheese, which is a cheese factory that supplies cheese for most of western Canada; and in Grunthal, we have Parmalat, which is a large dairy that also processes cheese.”

While providing for a vibrant local economy, Lahaie admits, “These industries create challenges when it comes to wastewater. So, in the last five to ten years, we had massive expansions of wastewater lagoons to accommodate their effluent from the processing of cheese or poultry into a final product.”

Lately, Hanover has seen an upward shift in its population growth, a somewhat unique situation in today’s Manitoba, but the result of the need for workers in the RM’s growing livestock processing sector. Most of the new residents in this municipality of 16,000 have come from Germany and Russia. “They bring a different flavor to our area, which has a predominantly Mennonite culture – the immigration here 125-140 years ago,” says Lahaie. “But they still have a very religious culture, and that’s why they were brought over– because of their strong faith-based way of life.”

According to Lahaie, the new immigrants mostly preferred to live in the rural parts of Hanover. “The newcomers loved to have a lot of space. So, there was a push, say, 15 or 20 years ago, to develop a lot of rural residential developments – properties of two to five acres, each.” Most recently, however, the push is to encourage residents, both old and new, to relocate to RM’s urban town centers. “Right now, it’s a challenge for us because these rural residential developments do cost more to maintain and provide services – be it gravelling, dust control, or snow removal.”

“Also, 20 years ago, standards for road construction weren’t as high or sophisticated as what we want, nowadays,” Lahaie adds. “So, now, we are looking into trying to encourage urban development in our community; it’s a more sustainable way to develop street construction, utilities, and recreation. It’s way more affordable and sustainable to try to encourage people to live in urban areas, rather than in rural, residential, two-acre properties. So, we are investing a lot of money in reconstructing these roads in these developments, but we’re trying to encourage urban subdivisions with our local developers.”

Lahaie explains that while the first generation of new immigrants, with their own churches and schools in the rural areas, have stayed somewhat apart from the larger community, “We are forecasting an influx to the urban areas from the second generation and the third generation as they come to assimilate with the rest of the population of Hanover.”

Accommodating this expected urban wave has required a change of focus in the rural municipality’s primary agenda. “Now that we’ve expanded our wastewater and our water utilities, we’re concentrating our efforts on recreation,” Lahaie reports. “Mostly because of our large population growth lately; these immigrants bring a love for sports and want to use our infrastructure more than usual. They have a love for soccer, so we’re looking to soccer pitches, rather than the more Canadian hockey rinks – maybe an indoor soccer complex could be in our future.”

In fact, in addition to providing more walking paths and bike trails, in an effort to promote more “active transportation,” Hanover is already in the process of planning a community multiplex. “Back in 1967, the province provided a lot of infrastructure money to build ice rinks, and now, the two ice rinks that we have in our municipality are feeling their age,” says Lahaie. “So, it’s time to renew them. We’re looking at multi-use facilities that can be used for not just the young and active people who are playing hockey or skating. We need a facility to be available for our senior population, as well – walking tracks, activity rooms, a social hall; a place where the whole town can congregate and use.”

There is a grassroots steering committee in place, and Lahaie hopes that with its fundraising efforts, plus help from the provincial and federal governments, “we can break ground within the next five years. These large projects that can cost over $10 million, and we’re at the mercy of the federal and provincial governments for matching funds. So, we’re hoping that we can raise our money, here, locally, our one third, and look for two thirds from the provincial and federal governments.”

One recent community project that Hanover completed with only local help was the Tourond Creek Discovery Center northwest of Kleefeld. “We had an older landfill that was decommissioned several years ago,” Lahaie recounts. “Once a landfill is decommissioned, that land is considered a liability to a municipality; there’s not much we can do with that land. We can’t sell it off. We have to keep it forever. So, there was an idea to turn that land into a park, the Tourond Creek Discovery Center, in partnership with the local conservation district and school division. They put in some infrastructure there to use as an outdoor classroom, to get back to nature. There are trails; there are places where they can learn about nature outside the classroom.” 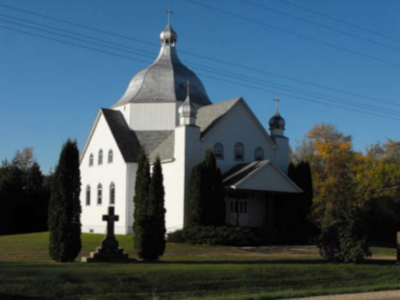 Another example is when the RM joined forces a few years ago with the Seine Rat River Conservation District to develop a new nature park near the town of Mitchell – the Rosenthal Nature Park, an abbreviated version of the six-ecosystem Tourond Creek Discovery Centre.

Living in harmony with nature, as well as with one another, is a point of pride in the Rural Municipality of Hanover. “Hanover is a unique place where livestock, agriculture, and population growth have lived in harmony,” says Lahaie. “You see other municipalities where there is a lot of tension when livestock operations move into highly populated areas. Here, it’s been very successful and we are proud that our residents don’t mind the occasional odor or sound. They’re living in harmony. That’s one thing we are very proud of in Hanover.”

WHO: The Rural Municipality of Hanover

Started in New Bothwell, Manitoba in 1936 by a group of local dairy farmers, Bothwell Cheese has grown steadily over the last 82 years from a small dairy cooperative to one of Canada’s largest independently owned cheese manufacturers. Bothwell Cheese prides itself on providing Canadians with premium cheese made with all-natural ingredients, and 100% Canadian milk.

Town of Hinton – Gateway to the... 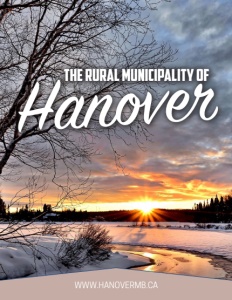