At home in nature

Business View Magazine interviews Kevin Acton, Chair of the Regional District of North Okanagan, BC, for our focus on Economic Development in Canada

With a reputation as one of Canada’s most picturesque provinces, British Columbia’s sublime beauty lives up to the hype. There’s always something new to explore – from the giant 1,000-year-old red cedars in Mount Revelstoke National Park to the award-winning vineyards of Okanagan Valley. The Regional District of North Okanagan (RDNO) is especially full of outdoor adventure. It’s home to Kalamalka ‘Kal’ Lake, meaning ‘Lake of a Thousand Colors’, that impresses everyone with its iridescent waters. National Geographic even named it one of its 10 most beautiful lakes in the world. The RD of North Okanagan also boasts the world-class SilverStar Mountain Resort and the premier golf resort, Predator Ridge. 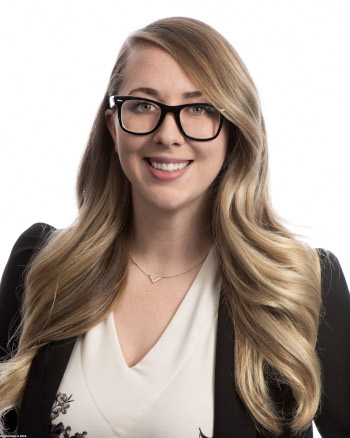 “We have a lot of variety here, because there’s access to everything,” reports Kevin Acton, Chair of the Regional District of North Okanagan and Mayor of Lumby. “You can choose to heli-ski at SilverStar in the morning, then tee off at Predator Ridge in the afternoon. There are about 100 lakes in the Aberdeen Plateau, where you can swim, jet-ski, or fly fish for trout.” Ashley Gregerson, Communications Officer, adds, “We have the Monashee Mountains for hiking, an abundance of lakes, and many trails. There is such a diverse offering of nature throughout the region. There are lots of local agricultural businesses, some industrial businesses, mom-and-pop style restaurants and boutiques. There’s something for everyone.”

The Regional District of North Okanagan has a population of 90,000 and five electoral areas (North Okanagan B, C, D, E, and F), as well as six member municipalities (the cities of Armstrong, Enderby, and Vernon (the most populous); the district municipalities of Coldstream (where RD’s head offices are located); the Township of Spallumcheen, and the village of Lumby) on its governing board. The Splatsin First Nation and the Okanagan Indian Band (OKIB) are also within its boundaries. Since rural areas make up 12 percent of British Columbia’s total population, regional districts (RDs) are the province’s way of implementing effective local government and regional collaboration.

“Our governance system here is very evenly weighted and well balanced,” Acton says. “The regional area directors and the small municipalities come to the table and debate. It’s like that old saying: ‘great debate makes for a good decision’. They work hard to find the best option and we do a really good job of it. We’ve got 14 different directors, and 80 percent of the time conversations end unanimously.” Gregerson agrees, emphasizing, “From a staff perspective, we ensure sustainability. In 2020, we established the Rural Economic Development Service, allowing us to give grants to 14 organizations and support their economics. It boils down to a passionate group of people who are able to make things happen.”

An active political approach was especially valuable during the pandemic. Acton, along with David Sewell, Chief Administrative Officer of the RDNO, “dusted off some of the projects that were ready to go.” So, if there was a change in the economy due to COVID-19, then the RD would be able to support the local economy as “a pretty big organization.”

A request for proposal (RFP) closed recently for a new building for the Vernon Search and Rescue – a group of local volunteers involved in ground and water searches, RCMP evidence searches, and fire evacuations. There is also a provincial grant application underway to fund a new community amenity, the Greater Vernon Cultural Centre. One recently completed project was The Pat Duke Memorial Arena retrofit, enabled in part when the village of Lumby won the 2016 Kraft Hockeyville competition and was awarded $100,000. Along with additional savings and further government funding, lots of local companies worked on the successful upgrade project.

All of these exciting initiatives highlight how community partnerships strengthen the entire region. For instance, the Regional District of North Okanagan has a great working relationship with the Splatsin First Nation and the Okanagan Indian Band (OKIB). One such collaboration is The Monashee Community Forest LLP (MCF) that Lumby shares equally with the Splatsin First Nation through their organization Yucwmenlucwu or Caretakers of the Land. The forest covers a gross area of 18,313 acres and has an annual allowable cut of 21, 595 cubic meters.

Another successful partnership involves the RDNO and Electoral Areas B and C. Acton explains, “Amanda Shatzko, the Director for Electoral Area C, and Bob Fleming, the Director for Electoral Area B, pushed pretty hard to get the BX Ranchlands – a district-owned undeveloped piece of green space. Electoral areas B and C now own the 137 acres of agricultural land reserve. They’re in discussions with the Institute for Sustainable Food Systems at Kwantlen Polytechnic University, potentially for a satellite university on food sustainability and agricultural experimentation. That’s a neat project that might be coming forward.”

Agriculture is a significant economical driver to the area. The mild climate is ideal for traditional farming and fishing, but also for modern industrial marijuana grow-operations. Logging is another big industry with Tolko Industries Ltd., a forest products company, based out of Vernon. It’s all about diversity when it comes to employment opportunities. The movie industry is a strong presence, since the government offers the Film Incentive BC Tax Credit. The technology market is also huge. Especially, the expanding advanced technology industry sector that includes information technology (IT) and biotechnology. There is already an established research and development community, so it’s an ideal place for young entrepreneurs to start companies. 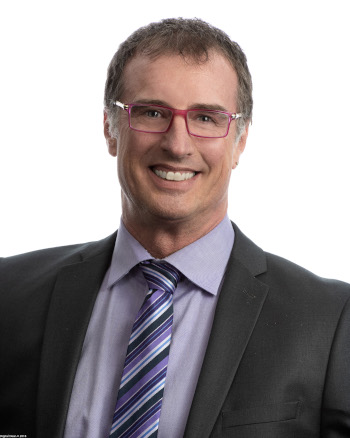 Kevin Acton, Chair of the Regional District of North Okanagan and Mayor of Lumby

With so many new jobs available, the Regional District of North Okanagan is definitely growing. Young families are moving into the area after being priced out of the lower mainland housing market. “The Planning Department said 2020 was the second busiest year in over a decade for planning and building applications,” Acton states. “I talked to a real estate broker and she said houses are selling so fast she’s had some go for $100,000 over asking.”

While some residents worry the area is growing too fast, Gregerson asserts that the RDNO has a reasonable Strategic Growth Plan in place. “It’s our highest-level planning document guiding our actions. We also have official community plans for certain areas because we want to hear from the community. These plans are focused on public feedback. We recently completed a Regional Housing Needs Assessment. We looked for industry gaps, whether incomes are equal to current housing prices, and we found some. We recently held housing round tables to identify opportunities to help fill those gaps and create affordable housing. There’s great work coming out of that.”

Along with plans for future growth, the RDNO governing board is responsible for infrastructure such as solid waste management and water main replacement. Water infrastructure is critical as Greater Vernon Water (GVW) is British Columbia’s second largest water utility. The RD also has five smaller utilities throughout the region. Gregerson acknowledges, “We work on many capital projects for water infrastructure like the $4 million Baker Hogg Reservoir. Another major project is the North Okanagan Wastewater Recovery System, which will bring the sewer to a commercial and residential stretch of Electoral Area B and C. It’ll allow for future opportunities of industrial and commercial growth. We’re now working on identifying other surrounding neighborhoods that could also connect to the sewer.”

In terms of renewable energy, the entire region is on hydroelectric power through BC Hydro. Lumby’s village office is both solar and equipped with two electric vehicle (EV) chargers. Acton shares, “I drive an electric car, and I can charge in Lumby, Kelowna, and Vernon. We’re looking at installing a few more chargers. It’s becoming something people in the Okanagan are thinking a great deal about.”

Residents of the RD take environmentalism seriously, since they enjoy a lot of time outdoors. In addition to mountain climbing and swimming, there’s an impressive system of connected trails for hiking and biking. One of the most treasured is the Okanagan Rail Trail. The provincial and federal governments, RDs, and several other partners purchase abandoned railway lines and convert them into nature trails. Acton says the trails are even more popular than anticipated.

In February 2021, it was announced that the RDNO received funding for a new trail that will connect the Kal/Crystal Waters Trail to Bailey Road, providing safe crossing under Highway 97. Gregerson admits “Throughout the pandemic, people expressed how going to our trails helped keep them sane when they weren’t allowed to go nearly anywhere else. Just being able to get out in nature and clear your head with fresh air… it’s been really helpful.” Acton agrees, adding, “The Okanagan, especially the Regional District of North Okanagan, is getting well known for cycling, walking, sightseeing, and lots of outdoor activities. It’s just one of the many great things about our home.”

What: A scenic, family-friendly region of municipalities and electoral areas; population 90,000

Where: The northern section of the Okanagan Valley, BC