The lovely City of Safford, Arizona is situated two hours north of Mexico – beautifully surrounded by the Pinaleño Mountains, the highest in Arizona, and the Gila River. The city lies halfway between the Gila National Forest Preserve and the Coronado National Forest. A guarantee that wonderful, sun-filled adventure awaits.

Another draw to Safford is that the city is a prominent stop along Arizona’s Salsa Trail and is home to more than a dozen Mexican restaurants, a family-owned tortilla factory, and a chili farm. There is even a Salsa Fest in September. “It’s a very traditional community with a rich history and cultural background,” says Matthew Hoshal, Assistant City to the Manager. “We hold a lot of events throughout the year and many of those events tie back to the cultural heritage.”

“Safford has a very strong sense of community,” adds John Cassella, City Manager, “and they are very attentive to what you might call ‘family values’. It is tight-knit and it is also very active. The people here love to get together and help out – everyone is very community-minded and service-oriented.”

The County seat of Graham County, Safford has a population (at last count) of 10,349 people and continues to grow. The city is also home to the Mount Graham Regional Medical Center, which is the largest medical facility in the county. Nearby Mount Graham is a partial Dark-sky Preserve which houses the Mount Graham International Observatory, with a world-renowned telescope created in Italy before being gifted to the United States. The Observatory is run by the University of Arizona. Safford also boasts a regional airport, Eastern Arizona College, and a copper mine. The Safford Mine is an open-pit copper mine, owned and operated by Freeport-McMoran, which operates another four copper mines in Arizona and two in New Mexico. It is one of the key economic drivers of the region.

According to Hoshal, “Arizona has the five Cs as its economic drivers – copper, cotton, cattle, citrus, and climate. Well, we’ve got three out of the five right here in Safford, the copper, cattle, and cotton. We have a large farming community because of the Gila River and the irrigation that we draw from that. We also have cattle ranges all around us in the county.” 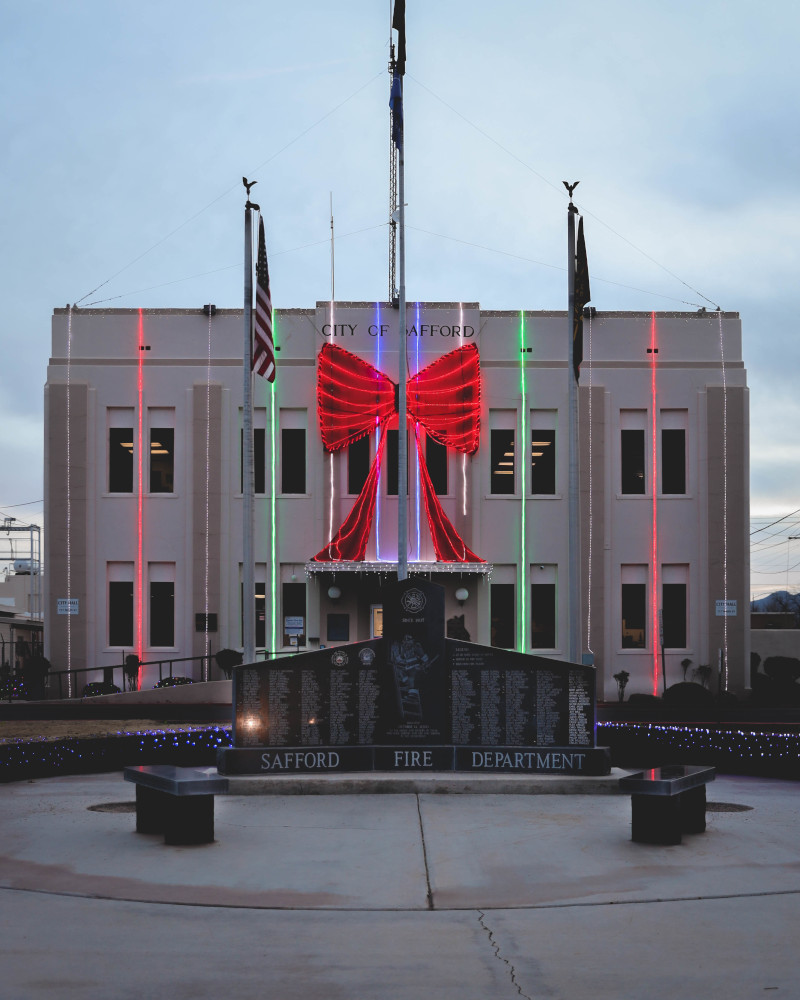 This growth is also spurring change in the educational institutions of the city. Eastern Arizona College, through recent legislation passed in the state, is becoming accredited to grant four-year degrees. That will mean nursing and other professional degrees may be offered to students, which could lead to excellent employment opportunities in the area. Education is a big part of the old-fashioned values that strengthen the community of Safford. There are internships available through AZ Works, where high school students find employment with local organizations. Another workforce development program through GVIT, the Gila Valley Institute for Technology, works with high school students and gets them ready for college or trade school.

“We do have a large workforce development program throughout those different competencies,” explains Cassella. “There is also a small business development center at the college, and they will do business plans with people who walk in – give them advice or just try to help.”

The Graham County Chamber of Commerce was recently designated as the official Tourism and Destination Board for Safford. They work both with the city and with small businesses to host events, develop strategies, and look at ways for everyone to move forward together.

One of those strategies is to take a long hard look at developing the downtown. “It is an area with older infrastructure, and about two years ago, we did an entertainment district overlay on the main street,” Hoshal explains. “And so right now there are some local entrepreneurs who are in the process of renovating an early 20th-century movie theatre into an open-air theatre – maintaining the original motif in terms of the aesthetic. We think that will give people a reason to come downtown at night, which will then spur additional restaurants and growth. We want to find a way to encourage current landlords to open up their property to more development.”

One of the city’s current infrastructure projects is the expansion of the road in front of the hospital, Mount Graham Regional Medical Center. Hoshal notes, “It was originally a three-lane road, one in each direction with a turn lane, and we are expanding that to five lanes, two in either direction with a turn lane, With the growth of population, the previous road layout just was not able to accommodate hospital traffic. It also allows that road to become an auxiliary State highway. A second major project has been an effluent water project that would take water from our wastewater treatment plant to the fairgrounds just outside of the city and that would end up saving 50 million gallons of water a year.”

“Then we have a couple of other water projects on the go, as well,” adds Cassella. “For example, we are hoping to put a large water line into Sanchez, as well as the Sanchez Road Line, which are both designed to get larger quantities of fresh water into the city. We are also going to be launching more educational campaigns around water conservation, and we’ve been working with our broadband company in the last year or so to increase the internet capability we have. We have made it a point to have internet connectivity in our parks from now on.” 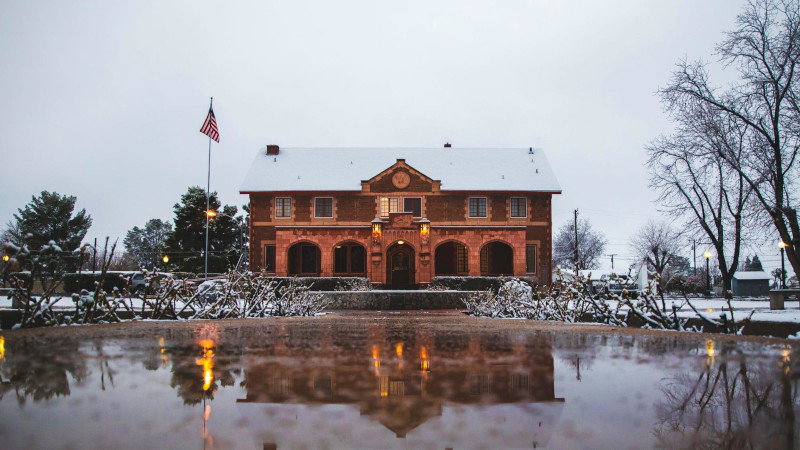 Safford is part of a consortium of 23 entities that purchase electricity and have signed up and created an RFP to increase their access to electricity through the construction of their own solar farm. Most of their power usage now comes from a gas-fired plant and some from Arizona State hydro. The city currently uses 19 megawatts, and the solar farm will provide an additional ten.

Hoshal confirms, “With all of the funding we have received over the past year for infrastructure, the council decided to work harder at getting citizen input. So, for example, we had a Parks and Recreation advisory group that was to work on the future development of parks in Safford. They also touched on beautification, as well, and out of that came the designs for two parks. So, I think this type of citizen input process really allowed the council to see the value in a shared vision. I hope we see more of that as we go forward. We need to work on continuing to build our infrastructure, which will hopefully include the redevelopment of our airport, and we will be going in the right direction.”

Looking ahead, Cassella shares, “I think developing our recreational areas is key. Families need things they can do when they are not at work. From an economic development standpoint, I’d like to see us do more work on our airport – getting more utilities and additional water out there We have the natural beauty of mountains, lakes, rivers, and so much else to offer going forward.”

What: A scenic, growing city; population around 10,350

Where: Graham County in southeast Arizona