June 2015Past IssuesSupply Chain and Logistics

Business View Magazine profiles Nashville Eastern Railroad, discussing history, how they remains competitive, where they find their business and more.

William Drunsic is a rail guy. The Nashville & Eastern Rail Road president may spend over three quarters of his year in Vermont, where he moved to raise his family, but his entrepreneurial spirit lives on down south with the business he created almost 30 years ago.
In 1986, Bill along with his partners, formed the Nashville & Eastern Railroad (NERR) to resurrect short line freight rail operations over one hundred and ten miles of what was soon to be abandoned track in the heart of Tennessee.

Stephen Drunsic – NERR’s Vice President of Operations (and Bill’s son) – discusses just what the situation looked like at the time and how NERR began.

“It all started with the Staggers Act,” Stephen says.

In the aftermath of the Great Depression and World War II, many railroads were driven out of business due to increased competition from the airline and trucking industries. The decline of commercial rail traffic, in particular, was considerable. The Staggers Act was passed by Congress in 1980. It, and another important piece of legislation, the Railroad Revitalization and Regulatory Reform Act of 1976, was promulgated with the intent of reducing crippling federal regulation of railroads so that they could more readily compete with the two other systems of transport. 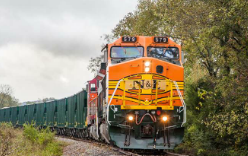 The reforms put in place with these two laws included greater flexibility in the setting of rates and pricing, greater independence from collective rate making procedures in rail pricing, service offers, and contract rates, and, to a lesser extent, greater freedom for entry into, and exit from, a competitor’s rail markets. The result of these measures contributed to a substantial reduction of railroad industry costs and pricing, and a reversal of the historic loss of traffic to the trucking industry.

With the repeal of so many regulations, the country’s railroads began to rebound. The Association of American Railroads, the industry’s principal trade association, estimates that the Staggers Act, alone, stimulated almost half a trillion dollars of new investments in America’s rail systems, as well as a reorganization of many railroads’ business priorities.

“As a result of the Act,” Stephen continues, “a lot of Class One’s were abandoning non-productive assets, which put a lot of communities at a severe disadvantage; with the abandonment of these short lines you were essentially shutting off supplies to the industries in these communities.”
In order to get a handle on the new landscape, Bill launched a consulting group to work with two business partners and worked with various municipalities in an attempt to assess what exactly it would take to get abandoned branch lines operating again.

“He was originally hired on to assess property conditions and then put together a report detailing the steps and resources that would be required in order to maintain operating traffic,” Stephen explains.
However, once the reports came back to the municipalities, and the need for operators for these tracks became apparent, William was then solicited directly by these municipalities to see if he and his partners would be willing to become an operator. His acceptance was the catalyst for NERR’s business model.

Over the next ten years the company grew, bringing another five short lines under its operating umbrella. A top rate management team was put into place to manage the railroad and the company that was originally created in the aftermath of regulatory reform, recently experienced its best years – even as other industries were still reeling from the aftermath of the Great Recession.

“We operate in a part of the country that has enjoyed a very healthy economic resurgence,” Stephen says. It happens to be an ideal location for commerce, situated between Chicago, New Orleans, the East Coast, and the Mississippi River, which connects to all points west. We’ve seen consistent annual growth since 2008, and we’ve gotten to a point where we moved a record number of carloads last year.” “The rail industry moves about 38 percent of freight in the country,” Stephen continues, “and this has recently been augmented by the upsurge in oil now being transported out of the shale plays.

So where does NERR find its business? 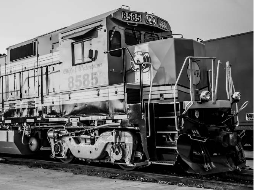 “We have customers from all across the spectrum.” From corn syrup to aggregate stone to plastic resins, the Nashville & Eastern carries all sorts of freight. “A lot of my job is focused on industrial development” Stephen states. “We are always trying to attract new industries to our rail line.”

One of these new industries is an Italian-owned composites firm that is finishing construction of its Tennessee plant. When fully operational, the Nashville & Eastern Railroad will be inbounding the raw materials that ultimately will be used in all manner of consumer products from steering wheels to shoes.

Stephen continues, “I’m always working with local economic development boards to attract industrial development projects. We’re fortunate enough to be on the target list for a lot of these projects.”

They are not, of course, without competition.
“Really we’re competing with other states,” Stephen says. “Ultimately the sales job rests on the state level where incentives are in front of large prospects. For the most part we’re usually a player, but it all boils down to incentives.”

How does NERR remain competitive?

“We have adopted some technology applications that have enabled us to offer more reliable, efficient service. We also worked with Ship Express and jointly developed and beta-tested a product called Mobile Command, which allows our train crews to handle inbound and outbound work orders through a tablet.”

The long-time goal of the family company, however, is not just industrial transport and technology development, but access to the consumer market. “One potential line of growth is commuter rail. We happen to have a commuter operation on the first thirty-two miles of our Nashville Eastern Railroad corridor, run by the RTA (Regional Transport Authority). The hope is to duplicate this on the Nashville & Western line, as well as extend the rail line across the plateau, thus connecting with a Class One in Knoxville.”

Average companies have a difficult time adapting to new technologies; even fewer are able to experience growth and development during an economic slowdown; and almost none can succeed when elements of an entire industry are at risk of becoming extinct.

Suffice it to say that Nashville & Eastern is not your average company. 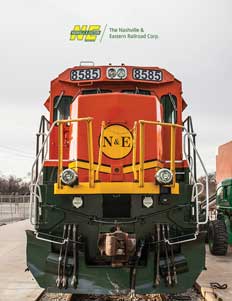