Town of Hinton – Gateway to the Rockies

Growth is definitely on Hinton’s horizon.

The Alberta town now known as Hinton evolved from a construction camp that was initially established during the building of the Grand Trunk Pacific Railway – which stretched from southern Manitoba to the British Columbia coast – in the earliest days of the 20th century.

The railway built a station house named for its vice president and general manager, William P. Hinton, and the community that subsequently developed around it was officially labeled a hamlet until it amalgamated with the adjacent village of Drinnan to form the town of Hinton on April 1, 1957.

Resource industries like coal mining and pulp milling helped account for intermittent population shifts across several decades prior to the arrival of the 21st century, though those numbers have stayed stable – with changes only measured in low single-digit percentages – since the federal census of 2001.

But thanks to a new municipal focus on economic development, town officials said, those days of sleepy steadiness are already becoming a thing of the past. 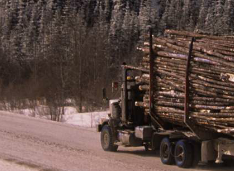 “We’re definitely a strong economy and growth is definitely on Hinton’s horizon,” said Wendy Jones, the town’s manager of capital projects and construction. “It’s part of our strategic plan.

“The population has been stagnant for what amounts to 25 years, and we’re trying to change the mindset and open ourselves up to new business opportunities – whether they be recreational, tourist, manufacturing or something else. That’s our goal here in the next several years.”

Indeed, though oil and gas, forestry and mining have been economic stalwarts of the community since its founding, Jones and her administrative colleagues are now making concerted efforts to get out and sell Hinton across North America as a potential home for high-tech companies, training centers or any other businesses looking to relocate their operations to the “Gateway to the Rockies.”

“We’re about 20 kilometers from the base of the Rocky Mountains, so when you look out to the west, that’s what you’ll see every day – the snow-capped mountains – and we have miles of forestry around us and hills and you name it,” said Mike Schwirtz, who became the town’s chief administrative officer in October. “It’s a great place to be able to attract people to, so that’s a huge part of our strategy.”

That refocused strategy has the full backing of a revamped town council that swept into office in 2013, including Rob Mackin, the 38-year-old mayor who was elected in November of that year as well.

“It’s an untapped potential that Hinton has,” Mackin said.

“We’ve got a diverse economy. It’s not a one-horse town. We’ve got the lifestyle and the quality of life surrounding it. We just need to focus on selling that to the outside world and getting people to recognize what we have and get them here to experience it. Selling what we’ve got here is pretty damned easy. It’s now just a matter of letting the world know.”

The existence of a solid and fairly new town infrastructure has enabled the future focus, he said, which began with an internal review of processes in planning and development to make sure permits are easily accessible and that the community-facing mindset is one based on customer service.

Mackin said that phase took about a year to complete, and was followed at the start of the second year by a specific targeting of industries that are either complementary to the ones that already call Hinton home – or ones that are entirely new to the region, thereby avoiding undue duplication.

Participation in a national project through which Telus is making fiber-optic technology available to all homes is enabling out-of-the-box thinking that could keep commuting residents in Hinton, too.

“We’ve got booming Western Canada cities that are overflowing and people that are sick and tired of driving an hour-and-a-half to work each way,” Mackin said.

“What can they do here remotely here in 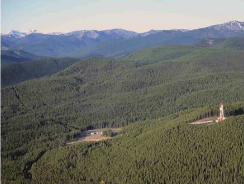 Hinton and have the quality of life? We’re now in the top two to three percent of communities in Canada for the bandwidth we’re getting. We have faster Internet in Hinton now than you can get in downtown Vancouver or downtown Edmonton, so there should be nothing holding a person back from saying ‘I want to leave my life in downtown Vancouver and fighting through traffic, and I’d much rather live in Hinton where it’s two minutes each way. I can mountain bike at 4:30 when I’m done at work or I can go skiing at Marmot Basin.’”

The attraction process will continue via a full-scale rebrand that’s now in the planning stages and designed to provide a new tone for town communications and messaging going forward. Additionally, Hinton was represented at a recent event in Toronto that was aimed at newcomers to the country.

A subsequent tie-in from that event has resulted in partnerships with local employers that are looking for workers.

Whether or not all the efforts are being effective will be determined, Mackin said, by a would-be increase in annual development permits and their collective value, by metrics that are in place to measure the economy’s diversity and by rises or dips housing starts. The federal census counts of 2016 and 2021 will ultimately be indicative of growth strategy success as well, he said.

“This was our step back and pause year, to get ready,” Mackin said. “Now we need to start pushing the envelope and looking at the sort of the dashboard metrics that’ll determine how well we’re performing. The dynamics set forth in the strategic plan are making it an exciting time here.”

WHO: Town of Hinton
WHAT: Municipality in Yellowhead County that was formed by the amalgamation of the village of Drinnan and the hamlet of Hinton in 1957; the town was home to 9,640 residents at the time of the 2011 federal census
WHERE: West-central Alberta; about 286 kilometers west of the provincial capital in Edmonton and 80 kilometers northeast of Jasper
WEBSITE: www.Hinton.ca 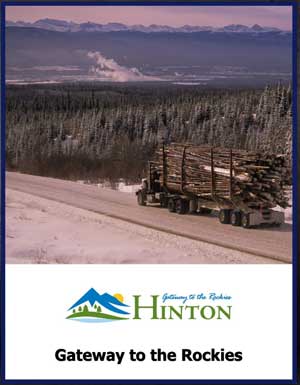