As the story goes, one day in 1944, Gordy’s founder, Gordon Whowell, an automobile salesman from Chicago, agreed to take a customer’s boat in as trade. That summer, he rented a house for a month in Fontana, Wisconsin, on the western shore of Lake Geneva, and he and his family used the boat the whole time. The next year the Whowell’s moved to the lake, while Gordon continued to commute to his auto sales job in Chicago, his passion for boating only growing with the years. 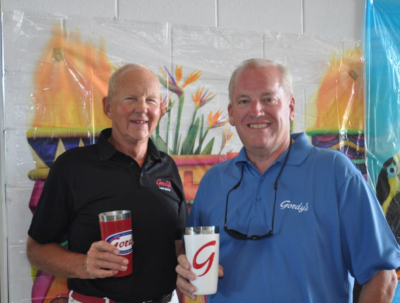 According to Tom Whowell, current co-owner with his brother Steele of Gordy’s Marine, the famed boat rental and sales company that bears their grandfather’s name, one Sunday in 1955, after having spent ten summers enjoying the pleasures of lake boating, Gordon turned to his wife, Jean, and told her that he wasn’t going to go back to his automobile sales job in Illinois. Jean, who had always wanted to live away from the city, anyway, did not protest.

“He decided that he wanted to stay at the lake,” says Whowell. “He loved people, he loved having fun, and he loved boats. So Grandpa Gordy moved up here and bought a home just south of the lake and bought lakefront property on the west end. It was an old railroad depot. They used to cut ice blocks out of the lake in the wintertime and put them on railcars to take away. He started running his boat ride operation out of there.”

Gordy began his business giving boat rides on the first craft he bought, a 1932 wooden speed boat. At the time, the only other boats on the lake were small fishing boats and classic sailing vessels. The modern speed boat was an exciting novelty that the lake’s summer visitors were more than happy to pay a dollar for. Gordy’s motto at the time was “A millionaire’s thrill for one small bill.” He soon added a second boat, a 1948 woody named “Effie,” which Whowell says, the company still owns.

“It really grew from there. Instead of giving boat rides, he was one of the first to be an entrepreneur – letting people drive their own boats, and not just small ones. Gordy was one of the first to give people something a little larger: an 18 foot runabout with a 60 or 90 horsepower engine that you drove with a steering wheel,” says Whowell. Throughout the 1960’s, the rental business flourished. Manufacturers custom-made boats for Gordy to rent and people lined up at the door every morning to experience the joys of speed boating. 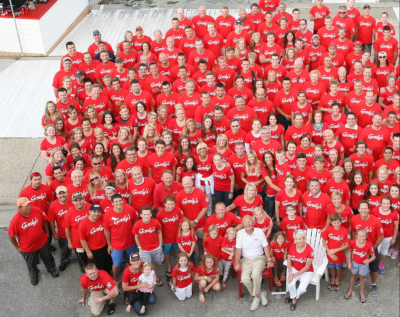 In 1969, Gordy bought Chuck’s Bar, a local hangout down the street from the marina, and began spending more time operating the tavern. He sold the boat business to his sons, Tom and Jamie, who had grown up at the lake. The two brothers grew their father’s small, upstart business into a thriving rental operation. Then Tom’s children, Tommy, Steele, and their two sisters, further expanded it into a diversified company consisting of a marina with 260 boat slips; a large boat dealership; boat service, storage, and rental; a ski and wakeboard school; a pro shop that sells and rents water sports equipment; the Boat House Bar & Restaurant; the Cobalt Lounge, a private party room; and the Bait Shop, a small, snack bar on the pier. “Back in the day, Gordy used to lock the store around Labor Day, go south for the winter, and come back Memorial Day,” says Whowell. “But nowadays, we’re running all year long with the size and diversification that our business has grown to.” About 50 employees work year round and that number swells to 250 during the height of the summer season.

In 1997, Gordy’s Lakefront Marine picked up a Cobalt dealership, and today rents only Cobalt 20 foot and 22 foot Bowriders, which they also sell. A few years ago, the company began selling MasterCraft boats, as well. “We’re kind of picky with the boat lines that we carry,” says Whowell. “In a lot of cases, we said ‘No,’ because we didn’t think it would o be a good fit with our team and our culture.” On average, Whowell says they sell about 100 boats a year – 60 percent that are pre-owned and 40 percent, new.

Gordy’s Lakefront Marine has two storefront locations: one on Lake Geneva and one in Fox Lake, Illinois. “Part of our territory is the Illinois/Chicago market where most of our clientele base comes from – not just boat sales, but for all our business,” explains Whowell. “And in 2005, we had an opportunity to open a store down there, closer to where our customers are coming from. It’s more of a satellite location, it’s not a full service marina – it’s more of a sales focus, a showroom.”

Steele Whowell relates that the recent growth of the company has been driven by sales, service, and storage. “We have a big facility about a mile away from our main location, called Cobalt Farms. We just finished building the last building on that property – it’s a big, four-rack boat storage facility. It holds 168 boats. That was a big investment that we just made this past year. We continue to grow each year and that has led to more storage and service. We’re constantly looking at ways to upgrade, make small changes here and there, be more efficient to better satisfy what our customers want or are asking for. There are always little things that we’re tweaking and changing, or upgrading.” Last spring, the Whowells re-did the Bait Shop, expanding the previously small deli and snack bar by a factor of three, and rechristened it the “Surf Shack.” “But the emphasis, right now,” Steele maintains, “is definitely on storage and service.” 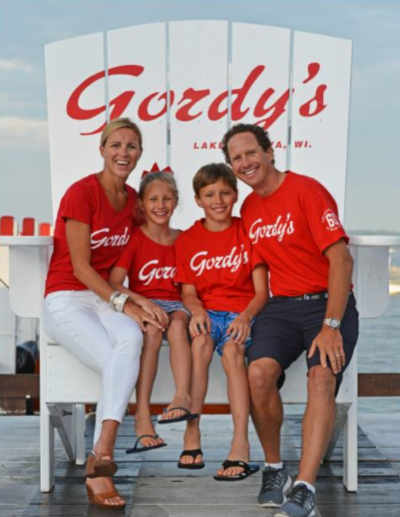 Tom adds: “One of the things we look at is how to be better, not necessarily, bigger. If we see opportunities that are a great fit for us, not just financially, but great for our employees, great for our customers, we take that into account with a lot of decisions we make. If we can satisfy all three, that’s the direction that we tend to go. It’s not ‘get bigger, just to be bigger.’”
Gordy’s need not worry about getting bigger, and certainly not about getting better. Over the years, it has garnered many accolades and awards from boat industry manufacturers, associations, boat shows, and the press. In 2014, and again in 2015, Gordy’s was recognized as the top boat dealer in the country by Boating Industry Magazine.

Tom Whowell believes that the company has prospered because everybody who works for it feels part of a great team run by a tight-knit family. But just as important, he maintains, is the spirit of fun and adventure that first enticed Grandpa Gordy to leave the automobile business behind and cast his lot on the waters of Lake Geneva. “That’s the culture of Gordy’s,” Whowell declares. “We’re in the fun business; we’re selling fun and the boating lifestyle.”

This past year, Gordy’s Lakefront Marine celebrated its 60th anniversary. What started as a simple business venture, offering boat rides for a buck has blossomed into, what Tom likes to call “Gordyworld.” “There are 12 grandchildren in the fourth generation,” Steele relates. “The oldest, right now is a sophomore in high school, and the youngest is three.” So, while the Whowell brothers and their other co-owners, sisters Rallee Chupich and Tigrr Workman, have not yet decided upon the business’ succession plan, with any luck, the fourth generation of Whowell’s will continue to carry on the family legacy for at least another 60 years.

Volvo – One of the world’s leading manufacturers of cars, trucks, buses, construction equipment, and drive systems for marine and industrial applications. The Volvo Group, with its headquarters in Gothenburg, Sweden, employs about 100,000 people, has production facilities in 19 countries, and sells its products in more than 190 markets. In 2014, the Volvo Group’s net sales amounted to about SEK 283 billion. The Volvo Group offers such services as financing, leasing and insurance, action services, warranty, rentals, IT solutions, and logistical operations. The company also offers various forms of service agreements, accessories, and spare parts to support its core products. – www.volvo.com

MasterCraft – MasterCraft was founded in 1968, when it built its first ski boat in a two-stall horse barn on a farm in Maryville, Tennessee. In its first year of operation, MasterCraft only built 12 boats. But the boat design was so revolutionary that the company began getting order after order for its boats and MasterCraft soon became recognized as a major force in the tournament ski boat market. Today, MasterCraft produces thousands of tournament ski, wakeboarding, luxury, and performance boats. Its single manufacturing facility located in Vonore, Tennessee employs 400 people. – www.mastercraft.com 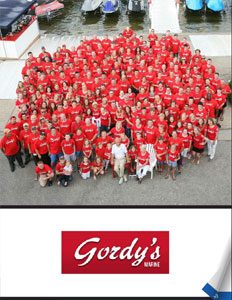