“We’re here to make a customer for life.”

The Dolan Automotive Group is located in Reno, Nevada and serves customers in the Reno, Carson City, and Lake Tahoe areas. Brady Dolan, the Group’s general manager, recounts how the company was founded by his father, Tom, in 1982: “Dad was general manager of Reno Dodge. Then he came to Reno Toyota as General Manager.” Tom’s success there soon led to his taking over the operation and, today, Dolan Automotive has a Toyota, a Lexus, a Mazda, a Kia, and a Scion dealership, all in Reno. Each dealership sells both new and used cars, and offers its customers service and parts. 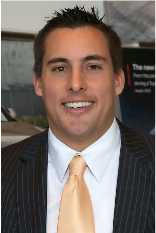 “We’re always trying to add new stores, as we grow, but they have to be the right franchises,” says Dolan. “We got the Lexus franchise in 1990, because they decided to put an open point in Reno. (An open point is new franchise built from the ground up, as opposed to taking over an existing dealership.) “We added Mazda/Kia four years ago.” According to Dolan, who also works with his brother Ryan, and sister, Danielle, the company was able to get new dealerships based on the efficiency of its sales and service, its high retention levels, and its positive CSI (Customer Satisfaction Index) at already-owned locations.

Several things differentiate the Dolan Automotive Group from its competitors: “Our salespeople are called ‘vehicle specialists,’” says Dolan. “We don’t call them ‘salespeople’ anymore. And they’re all paid salary, so there is no commission. If customers want to drive five or ten cars, we’re not rushing to get to the next commission. Most people say that going to a car dealership to buy a car is excruciating. We want them to enjoy the experience. That’s our business model.”

Ryon Walters is Dolan’s Chief Operating Officer. He elaborates on the dealership’s switch to a non-commissioned staff: “We get a lot of feedback on how much people like that we pay salaries. The wall comes down almost immediately because we let them know that we’re here just to show them the product; that there’s no pressure here, we’re not on commission; we’re just here to serve their needs.”

In former times, both Dolan and Walters admit that car buying was more of a contest, with a lot of haggling, and salesmen going back and forth between the customer and a manager, who was always somewhere in a back room. “When I started in the business it was more of a game, saying ‘yes’ or ‘no,’” relates Walters. “Now all of our managers are right on the showroom floor. Everybody’s always free to go talk to them. But there’s more to a deal than just price – there’s credit, what a trade value is worth, there’s a lot that goes into it – but there’s not a whole lot of haggling. We’re trying to get rid of that.”

Dolan appreciates the difference between the new Millennial Generation of car buyers and their Baby Boomer parents. “It’s completely different how they were taught to buy a car,” he says. Younger buyers are simply more sophisticated and knowledgeable, these days. “Most people, when they do come in, they’ve done 13 or 14 hours of research on the exact car they want. Our pricing is out there and all the third-party sites out there make it pretty straightforward to find information regarding a car. So, that’s kind of our mind-set in how we handle that issue.”

Walters adds, “You have to build a culture within your dealership. It’s not about how much you can make per customer, it’s about how many customers you can make happy. We are very transparent. Anybody knows what we’re making on a car, nowadays. We price fairly. Of course, some of the old-school buyers don’t believe that, anyway. They just arbitrarily throw numbers out, because they want to negotiate. Those are the customers that haven’t done any investigation and don’t know what cars are worth. They think the dealer is making 15 grand on a higher ender, when the mark-up is actually around five percent above invoice. Those are our toughest customers.”

In addition to the Group’s transparent pricing

and salaried employees, Dolan reports that his vehicle specialists come “with zero car experience. We teach them about the product and train them in the way our customers want to be treated. We spend time with our customers and basically validate all the information that they’ve brought in, because all the information is out there, online. We also have delivery specialists who deliver all purchased cars, new and used. And nowadays we want to educate our consumers on every little gadget so that they can get the full enjoyment out of their cars.”

Future plans for the Dolan Group include a brand new outlet. “We’re in the process of building a new Lexus dealership – a whole, new, state-of-the-art facility. We’re going from a building that is 40 years old and 31,000 square feet to one that is 68,000 square feet. We’re tripling our shop size to better service our customers. We’re going to have a state-of-the-art, inside showroom to get people out of the weather. We’re also going to have a full coffee shop. It’s going to be pretty nice building, when it’s done, by the end of July.”

Nevada is one of the states that was very severely impacted by the Great Recession, but, according to Dolan, the area is beginning to rebound, especially since a few new, billion-dollar businesses are moving into the area, including Elon Musk’s new Tesla battery facility. “We’re bouncing back,” he says. “Consumer confidence is definitely getting better in the area, but it’s still gradual, so we’re doing the best we can, with what we’ve got. We’re always trying to change and push the boundaries on what we do with the business, becoming more consumer-friendly and bucking the system of the old ways of negotiation and really working on that customer experience and retaining the customer. That’s kind of our mantra.”

Walters agrees: “Customer experience is number one, and retention is probably equal to that. We’re trying to retain our customers and keep them here. Those are the two biggest points we’re always focused on. We’re doing things in a new way, and it’s been less profitable because we’re not trying to take advantage of people, but, I think, in the long run, we’re going to gain so many more customers.”

Based on Dolan Automotive Group’s past successes and their new way of doing business with a more educated and knowledgeable buying public, it’s a good bet that those customers will keep on coming and then staying with the Group, once they get there.

Spending and the Number of Wedding-Related Events... 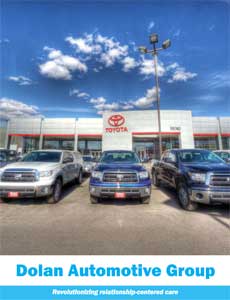