It all began nearly 40 years ago when the Governor, along with the Commission of the Industry of Agriculture, looked for ways to spark growth in Virginia’s economy. They commissioned a study on the horse industry, while dreaming, planning, and touring possible locations. They settled on a 600-acre plot of land along the Maury River, just 3 miles from downtown Lexington. The VHC officially came into being in March of 1985 and ground was broken for the facility a year and a half later.

The Virginia Horse Center operated for 21 years as a public-private partnership with the State of Virginia, under the auspices of a publicly appointed board working in tandem with a private board. Together, they raised funds, grew the center and managed to create an Olympic caliber facility. In 2007, the United States Department of Agriculture granted the VHC a loan to take sole ownership of the land and facilities. Today, they operate as a 501(c)(3) charity nonprofit organization. 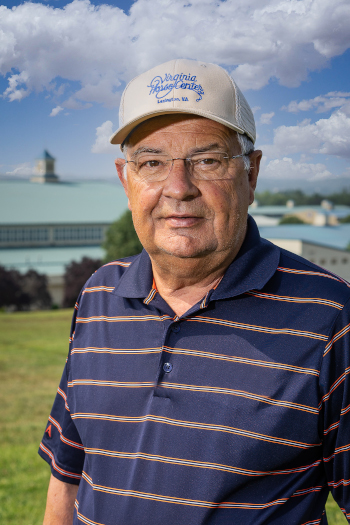 “It has turned out to be just a wonderful venue,” says CEO Glenn Petty. “We are right at the intersection of Interstates 81, which is a major interstate, and 64, which goes back into Kentucky. It’s a perfect location. There’s a hill above the horse center where I love to take people who have never been here before. We go up on the hill, just to look out across the rooftops. Those rooftops are blue, too, which make for a picturesque view, set against the Blue Ridge Mountains. And it’s not just the mountains that make this location picture perfect. We have 300 acres of grass that we have to keep mowed. But it makes the venue just beautiful.”

It’s unusual for a horse center to have that much grass, many of them have a fair amount of concrete. So at the VHC, exhibitors love to take their horses out and graze. There are five miles of scenic trails that circle the property and go down to the Maury River, as well. A lot of the exhibitors like to get their show horses out and take a trail ride, given that they don’t often have that opportunity. This bucolic setting allows the exhibitors and horses a chance to meander to the river, (a recently designated Virginia Scenic River), take in the quiet beauty, and just relax.

The VHC hosts more than 100 events each year, including local, national, and international horse shows, rodeos, concerts, and educational clinics. The center’s amenities include a Coliseum that seats 4,000, 14 show and practice rings, capacity for 1000 horses, and an internationally rated cross-country course. In the Coliseum, is a 9,000 square foot mezzanine that can seat 350 people for dinner at what are known as “community events.” The facility hosts fundraisers, receptions, and all sorts of meetings. According to Petty, “We host a lot of the county and city government meetings free of charge in appreciation for the investment they made in purchasing the land originally.”

He adds, “I like to compare us to a hotel and convention complex. The Coliseum is our ballroom, our show rings around the grounds are our meetings rooms, and the stalls are our hotel rooms. That’s very much the way we work.” They have a campground that is also open to the public, although events do take priority on those campsites. In addition, the VHC has catering and concessions, along with hosting a variety of food trucks for their guests to enjoy. They also have 50 golf carts for rent to exhibitors to allow them to get around more easily. 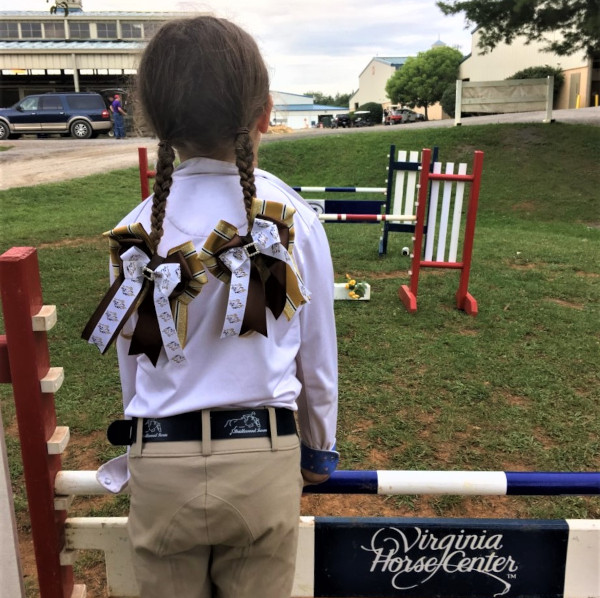 The Town of Lexington is rather unique, too. In addition to having the VHC, it’s also the home of Washington & Lee University and the Virginia Military Institute. This, Petty, explains, creates a lot of higher end amenities usually reserved for larger cities. Lexington offers boutique hotels, diverse restaurants, and interesting museums. For the history buffs, there are Civil War historic sites, and for the outdoorsmen, there are a slew of rivers, lakes, and trails to explore. “There really is so much to do here,” Petty says. “It’s just a great place to live.”

The VHC and the community benefit each other. Lexington knows the value of its horse center. It brings people in. And those people, of course, spend money. The horse center is a combination of Ag Tourism and Sports Tourism. It basically promotes tourism, in general.

An Economic Impact Study was conducted in 2019 to assess the impact of the VHC on the local community of Lexington, Rockbridge County, and the entire Commonwealth of Virginia. The results are impressive: the total economic impact on Lexington is an estimated $7.4 million. For Rockbridge County, the numbers increase to $47.7 million, supporting 518 jobs. And the economic impact of the VHC for the entire state of Virginia is estimated to be $94.9 million, supporting 896 jobs.

And while those numbers are pre-COVID, Petty believes they’ve never been busier. He reports, “For three or four months in the spring of 2020, we were totally shut down because there could be no public assembly. But once we started back, everyone was ready to go and get out of the house. Most of our events are larger than they have been in the past.” The VHC is hosting new events, too. They’ve rented out 54,777 stall nights in the past year – more than any other previous year.

While their primary business comes from the equine events, they do host other large events. In the wintertime, they have events like BMX races and monster truck wars. This past winter, they had 1,137 BMX riders from 39 states. Petty admits, “The VHC competes with everywhere east of the Mississippi. A center like this, it’s not just competing against North Carolina or Ohio or Maryland. You actually compete against the whole east coast.” 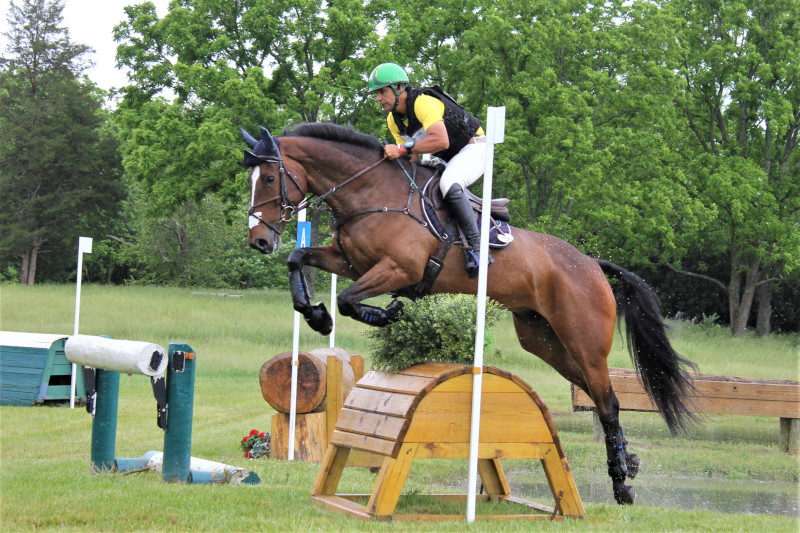 He doesn’t hesitate to say that labor is their biggest struggle. Their Food & Beverage Manager recently had 11 scheduled appointments for one open position. All of them were no-shows. “The times we’re in right now are challenging,” Petty says. “We have about 50 employees that keep things running. We want to do all we can for our employees. Retention is at the top of our list. We have one employee that’s worked here ever since the center was built 35 years ago, so we’ve done pretty good on retention.”

Those relationships extend beyond their employees. Once the stalls get cleaned out after each event (all 745 of them!), everything is loaded into dumpsters. Then, a local dairy farm picks it all up and distributes it on their pastures. “It’s a great partnership,” Petty says, adding, “Donors make great partners, too. Virginias, particularly equestrian Virginians, have been very generous. Our development office raised about $3.3 million in the last fiscal year.” Nearly all of that money went to renovations on several different barns. Petty relates, “About 10 people came together and wrote checks for a million dollars for our international dressage and jumping arena. it was through people’s generosity that we were able to do all of that. We enjoy great support from our exhibitors and the people of Virginia.”

The Virginia Horse Center is a first class venue, replete with friendly people, tremendous amenities, and a fantastic location. According to Petty, “My goal is to continue the improvements that we’re making here, to get new and larger events, and to just keep and retain the great events that we have now.”

Baltimore Convention Center – Ready for Anything

Hamister Group, LLC – A synergy of...