Relax, rejuvenate, enjoy! Clarke Products, Inc. is a privately-owned designer and manufacturer of innovative and sophisticated showers, bathtubs, sinks, wash basins, and whirlpool products. The firm was founded in 1984 by Donald Clarke (current President & CEO), who purchased a bankrupt whirlpool bath business and began a new venture producing acrylic shower pans and tubs. Today, at its headquarters in a 210,000-square-foot facility in Waco, Texas, the company leads the way as a premier manufacturer of acrylic and solid surface bathing products.

Discussing the impact of the pandemic on his business, Clarke admits, “COVID was difficult for us but we just dealt with it. Being in Texas, we were fortunate because the state didn’t close us down. However, the City of Waco, where our plant is located, shut down all production in the early stage of the pandemic because nobody really knew what to do. Well, we manufacture tubs for a lot of other manufacturers – Kohler Company, being one. And with us closed down, it was going to affect our ability to produce for them. So they stepped in, called the City of Waco, and declared us a critical supplier to them, and the city lifted the restriction on us and we were allowed to continue. Kohler is a large employer here in the state. Their largest manufacturing plant (over 1 million sq. ft) is in Brownwood in west Texas and they are a significant factor in the state economy. That being said, we were only closed down for half a day during COVID. We were pretty lucky in that regard.”

The biggest challenge for Clarke Products has been the extraordinary shortage of key components over the last 16 months. Right now, they are terribly short of resin – the building block of the business. “If you look at all the components we buy and use in manufacturing, polyester resin is the single biggest item that defines us as a manufacturer,” says Clarke. “We’re paying 250 times the price we paid 15 months ago but the worst part is that we can’t get enough. It comes from refineries, mostly on the Gulf of Mexico where they were affected by the Feb. 2021 storm that hit Texas. A lot of those refineries never came back online to the extent they were at before and several of them closed permanently. So there’s been a reduction there, but also the chemicals that go into the resin are used in virtually anything that’s made of plastic, or coated in plastic, or rubber products. So there’s just this tremendous demand worldwide.” 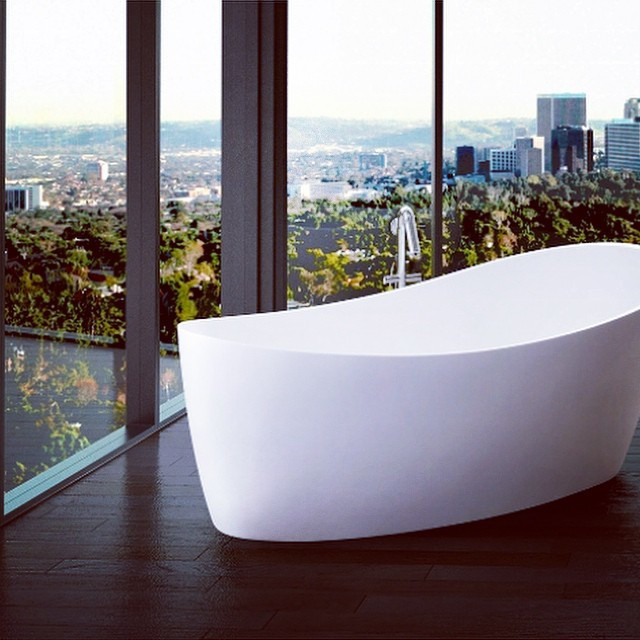 The consensus in the industry is that people being at home so much during COVID started doing upgrades and there has been a tremendous demand for residential products of various types. With the supply shortage, Clarke Products are operating at about half the level they should be, just to satisfy that demand from customers.

Clarke acknowledges, “We’ve had meetings with our suppliers: there are two major chemical companies in the U.S. that supply polyester resin. Both of them, in conversations we’ve had with their upper management, are saying to us that they don’t know when it’s going to get better. So it’s a dismal situation from that standpoint but we continue making products. And we’re doing some things to reduce the amount of resin used in our products, where we can. Just to put it all in perspective, not only have we had these tremendous shortages, but we’ve had five price increases in the last year and a half. We’ve never had anything like that in our entire history. And those inflationary factors filter down into every aspect of American industry.”

The company has a strong legacy as an original equipment manufacturer (OEM) for other manufacturers. A major amount of their business has been devoted to private label, with their largest OEM customer being Ferguson Enterprises – one of the biggest plumbing wholesalers in the world. Clarke Products have made private label bathtubs for them for 30 years. They also make a significant amount of product for Kohler Company, as well as many other accounts, including Hastings Company out of New York City – a high-end, solid surface bathtub plumbing firm. On the more traditional front, they do a fair amount of ecommerce through Wayfair, and are just starting a new program with Lowes, as well as dealing with independent plumbing wholesalers around the country.

The firm currently employs about 100 people. As Clarke explains, “We’ve had challenges with that – not with skilled office staff but the plant workers are pretty hard to come by. Waco, Texas is a hotbed of manufacturing, with a lot of new companies coming in, so there’s competition for the employees. But we value our staff and we’re dedicated to continuing to improve the automation in our plant, wherever we can make it work, to make it a more efficient and enjoyable place to work.”

Innovation is at the heart of Clarke Products’ success and inventive solutions are always on the drawing board. They are now starting to launch Clarke One, which is a revolutionary product to the industry. All the patents have been approved and it’s ready to go to market. Clarke notes, “We refer to it as an accessible bathtub, the more common name would be a walk-in bathtub. We elected to rename it because ‘walk-in tub’ usually paints a picture of old people with infirmities needing these kind of devices in their home. But in our research, we realized that bathtubs that were easy to get in and out of had a lot of appeal for people at different points in their lifetime. Obviously the elderly but also pregnant women, children and teenagers who play sports, and so on.”

So the R&D team at Clarke Products started thinking in terms of an accessible bathtub that was ticking off the other boxes of their research. One was that the design should be totally neutral; it should be contemporary, very linear, and not look like a medical device. Part of the design criteria was to make the tub invisible in the American home – and they’ve done it. The product is made out of solid surface (akin to Corian), the material they use for their architectural division. It holds up beautifully long-term and is easy to install.

“Then we did something really radical,” Clarke boasts. “We changed the way the door is mounted. As you can imagine, when you’ve got a door on a bathtub and there’s water inside, there’s always a possibility of leakage. The way most manufacturers solve the problem is with inward swinging doors and levers that put a lot of pressure on the door gaskets. Our design is an outward swinging door and it has no hardware to close it. The door is held in position by an electromagnet. There is an emergency switch button on the tub, where if a person should become distressed for any reason, even if they feel a bit light-headed from the steamy water, they can press that button and the door will fly open from water pressure. It will flood the bathroom but possibly save a life. That’s a unique feature that nobody has ever developed before. We see the Clarke One as being more universally used in homes than a traditional walk-in tub.”

The second new group of products is called Iridess that are shower replacements. One of the remodeling trends in American bathrooms is to take out the small bathtub in a secondary bathroom and put in a functional shower. That’s what Iridess is about – done with a solid surface, three-piece construction and design, so that it’s contemporary and attractive to look at. The company has had great response when they’ve shown the Iridess line at trade shows, but had to hold up on manufacturing due to a shortage of resin. That being said, those products are now getting ready to go.

Looking ahead, Clarke shares, “What I have made some temporary plans for is to start taking us into the medical area. The solid surface material is so well-suited for hospitals and care facilities because of its inherent anti-bacterial nature. Plus, it’s easy to clean and maintain, which is a problem in many of those facilities. So I see us coming forward with products related to a more medical approach. I’m not talking about hospitals per se, but secondary care facilities, maybe even retirement homes. As the population ages, there are more and more people who need that kind of facility and service that accommodates their needs. So I envision us developing products along that line and it being a natural evolution for us in the future.”

WHAT: A manufacturer of shower and bath products

Thermwood Corporation – A history of service