Business View Magazine interviews representatives of the Steel Tank Institute/Steel Plate Fabricators Association, as part of our focus on the steel industry. 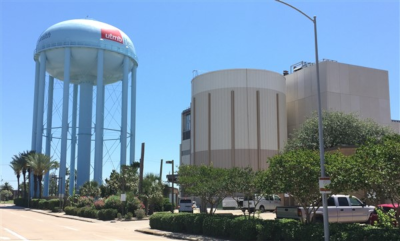 “The Association was formed in 1916, by a group of companies that saw value in joining together,” says Executive Vice President, Wayne Geyer, explaining the genesis of the original Steel Tank Institute. “It was a Midwestern group – a lot of them were from the State of Illinois – involved in boilers and the steel fabrication business. Two of those companies continue to be members today, 102 years later, which I find extremely impressive. One of them is Chicago Boiler in Gurnee, Illinois; another is Morrison Bros. Co. in Dubuque, Iowa. Morrison Brothers used to be a steel tank fabricator. Now they provide accessories for steel tank fueling systems.”

In 1933, the Steel Plate Fabricators Association was formed. “Steel welding came into force as a technology in the 1930s, and especially as World War II approached,” Geyer recounts. “They also represented steel fabricated products, but they were more involved with the water industry and with heavy steel wall vessels – sometimes over an inch thick, subject to high pressures and temperatures.” In 2004, the Steel Plate Fabricators Association joined with the Steel Tank Institute to increase the industry’s strength and impact for fabricators of field erected water and industrial storage tanks, steel water pipe, pressure vessels, and specialty steel products.

Today, STI/SPFA develops industry standards and specifications, produces safety manuals, performs quality assurance inspections, provides training courses and issues certifications, and serves as a liaison to regulatory authorities. “STI was the standards writer,” says Geyer. “It started developing standards in the ‘50s. The first one was pretty simple, working with the oil companies for underground tanks – to put the openings in a common pattern, so that they were universally built.” The Association is identified by federal and state government, the broader steel industry, third-party agencies, and consumers as the organization best representing the steel fabrication industry, and its standards and specifications are recognized by regulators as the best in the market.

“We have different categories of fabricating members,” says Geyer. “There’s our shop-fabricated fuel storage tank producers. A shop-fabricated tank means a tank that can be built in one piece in a fabrication shop, put on a truck, and shipped to a site in one piece. These can be underground tanks or aboveground tanks.  Underground tanks, today, are typically at gas stations. Aboveground tanks could be for trucking fleets, fuel oil storage tanks, back-up generator fuel systems, and back-up power for industry. In case electric power goes out, an increasing number of companies have generators and they store the fuel in steel tanks. Some companies with a high internet presence cannot afford to lose power – ever.  And with recent hurricanes, some States are mandating certain industries to have back-up power – for example service stations in Florida.”

“Then, you have the field erect tank construction fabricators. They build municipal water towers, jet fuel and motor vehicle fuel storage terminals you might see near airports and pipe distribution locations,” Geyer continues. “Then there are low pressure constructed tanks; we’re seeing a lot of those being built today for ammonia. They might be cryogenic for liquid nitrogen, or for storing oxygen at a couple of hundred degrees below zero Fahrenheit. Due to fracking in areas such as North Dakota and Pennsylvania/Ohio, more light oils and gases are being extracted from the ground. Butane and propane from these fields are stored in large, high pressure spheres, some at 80 feet in diameter, using steel two inches thick. And then there are the smaller pressure vessels built as one piece in the shop. These can be as small as a propane tank used with backyard grilling. If you want the propane tank refilled, you go to a place that has a large propane tank – what industry often terms a ‘bullet tank.’ That’s a high pressure vessel.” 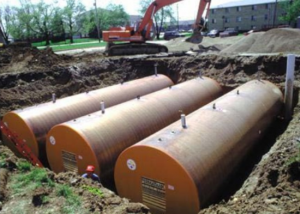 Another membership group is comprised of pipe fabricators. “The pipe is fabricated from steel coil or plate via a spiral-weld process, some pipe as great as 10 – 15’ in diameter. We’re the Association that represents steel pipe for the industry,” Geyer states. “There’s plastic pipe, concrete pipe, ductile iron pipe – we’re steel pipe. So, one of the things the potable water industry looks to us for is to provide education through seminars and webinars, to consulting engineers, and to buyers – which might include municipalities, more likely, water districts – on the benefit and use of steel over other materials. Also, these pipe fabricators will see a specification that a consulting engineer has written that the fabricator must be certified by the Steel Plate Fabricators Association, which is us. So, in order for them to get that business, they have to be certified by us. That’s a reason for them to join and remain in the Association.”

Katie Bruce, STI/SPFA’s Communications Manager, explains how membership works for the shop fabricated tank section. “Those fabricators are primarily producing fuel storage tanks,” she notes. “We have developed and written standards for those tanks, and if anyone wants to manufacture a tank to our standards, they’re required to join the Association, first. So, companies in that sector tend to come to us and say for example, ‘I want to build a Fireguard tank. What do I have to do?’ Well, one of the things they have to do is join the Association.”

“We license the fabricator to build about ten different technologies; all of them have our specifications which they have to build to,” Geyer adds. “Then, organizations like the Environmental Protection Agency will reference them; the National Fire Protection Association – they reference our standards and they become a minimum requirement. With that license, there’s our quality control arm that gets involved. We have a full-time Quality Control Director and he contracts a dozen inspectors to go into our members’ shops to randomly do an inspection to verify that they’re building tanks to our standards.”

More than 450,000 shop-fabricated storage tanks have been built under the STI label. “That whole licensing program is a big deal,” Geyer continues. “It’s kind of like a Good Housekeeping seal. A steel tank in the fuel industry has our name on it and the steel logo decal applied. We know that it has good quality, good engineering. It’s a consensus standard that a lot of fabricators work together on in our committees to develop for the good of the industry. It’s not just one company’s unique thing.”

STI/SPFA has a staff of 12. “A few of those people are 30-hour, part-time,” says Bruce. “But the longevity of our employees speaks for itself as a dynamic industry good to work in. We have an engineering staff, one of whom is a professional engineer, and each of whom works closely with organizations like Underwriters Lab and Southwest Research Institute, and regulatory bodies all over the country – state and federal level. Our staff provides a liaison to the members in important organizations such as Petroleum Equipment Institute, American Water Works Association, American Petroleum Institute, the American Society of Civil Engineers, and countless others. We advocate, like most trade associations. That’s a bedrock activity. We’re always advocating on behalf of steel tanks, steel pipe, steel water towers, high standards, safety, quality – we’re always advocating on behalf of those issues and we have a staff structure that supports that.” 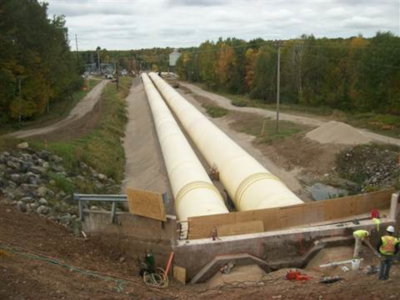 Geyer talks about a current item on the Association’s advocacy agenda: “Our pressure vessel members build really big towers, columns, reactors, and process vessels for petrochemical facilities. If you’ve ever driven past a refinery, you see these tall columns of metal – those columns are pressure vessels; they’re built and shipped as one piece; they may be 150 feet high with a 12-foot diameter, and they store or process high pressure and temperature liquids and gases. One vessel may take over three months to build one unit. In recent years, we’ve seen a lot of that type of fabricated product imported from overseas. When these are built using foreign steel, foreign labor, with foreign government subsidies, American fabricators have a difficult time competing because the price is so much cheaper – even when it gets transported over the ocean a long way. We have a strong group doing advocacy to point that out to Washington.  In late June, the Commerce department added these vessels to the list of metallic products to be taxed or tariffed at 25 percent when imported from China. That’s an example of something going on right now pertaining to advocacy.”

Geyer gives credit to the steel fabricators themselves, for the continued existence of STI/SPFA. “These fabricators are very adaptable,” he declares. “They face challenges, and they continue on. When underground tank regulations came into place in the mid-‘80s, people were writing off steel tanks as a way to fuel American gas stations. In the ‘50s and ‘60s, steel tanks went into the ground and major oil companies put in tanks that didn’t have any corrosion control – they didn’t understand that if you put steel in the ground, you could have corrosion. By the time the mid-‘80s came around, those tanks from the mid-‘50s and ‘60s had corrosion and were failing.

“We came into play and wrote our own standards before EPA regulated the industry. We had already been there. So, our industry knows how to survive different challenges. About 80 percent are family-owned businesses, and now we see a lot of second and third generations now taking over. We have one member in Indianapolis that’s in its fifth generation. They fulfill a role in their communities and that’s something you don’t read about. But I think a lot of our members are the backbone of America.”

“From the public’s point of view, we’re pretty much invisible,” Bruce avers. “When I drive around, I notice gas stations, and I notice water tanks, but nobody else does. But here’s an association that is caring for the public in terms of safety and delivery of product, and longevity of equipment, all unseen infrastructure to most people. We’ve carried on for more than a hundred years, developing those standards, and now they are fairly well-adopted, universally, in the United States, and becoming of more significant importance elsewhere.”

Check out this handpicked feature on Tokai Carbon GE LLC – A great combination.

WHAT: A trade association representing fabricators of steel construction products and their suppliers 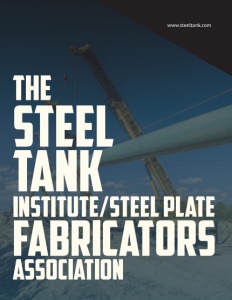