Things are looking up

The St George Regional Airport in Washington County, Utah has had meteoric growth since it opened in 2011. Opening with 54 hangars and one runway, the first five years saw a growth to just about double the size. It was then that problems with the runway became apparent. Despite engineers’ best assurances, the blue clay underpinning the asphalt shifted, causing ripples in the runway. With no other choice, they shut down for four months to revamp the whole thing. That was last summer.

“Yes, in 2019 we shut down the runway for four months to redo it,” explains Richard Stehmeier, Airport Manager, “and we were really worried about how it would affect us, but then we opened back up in September, and by October we were breaking every record at the airport. There were more passengers in that month than we ever had in an October up to that point. We went from basically shut down to almost 30,000 passengers in the next month. And it continued – we had record months in November, December, and it became an amazing year. In 2019 we had had 226,850 passengers. Now the year before we had 277,000, but remember, we were completely shut down for four months.”

Then along came January 2020 and it was the best month in airport history. Stehmeier reflects, “It was amazing, we were all set for record flights in February and instead it just sort of flatlined. Then in March came the big tumble. April went down to our lowest passenger count ever in the history of the airport. Our monthly passenger average was between 27 – 30,000. That April saw 2900 passengers. We lost 90% of our passengers and that was a bit dismal. When we look at 2020 as a whole, we are looking at about 180,000 passengers. That is about our 2016 level – so we regressed four years because of the pandemic.” 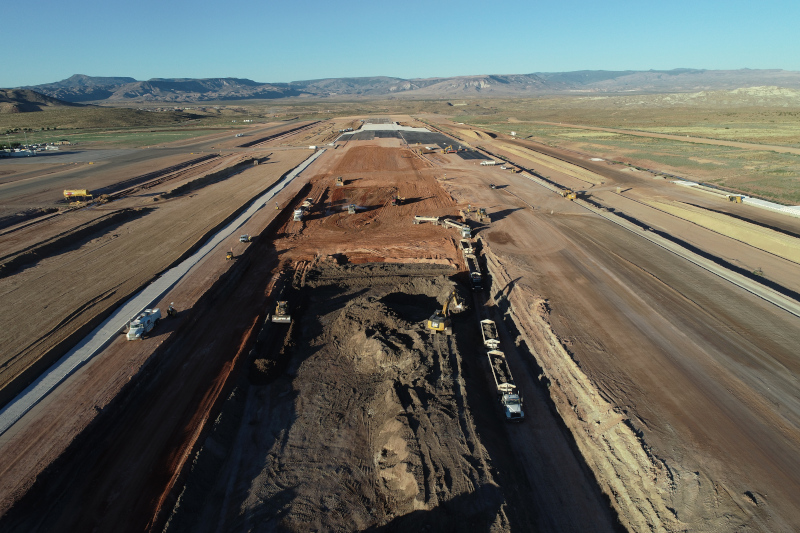 However, the growth had been happening for a reason, and even COVID could not contain it. St. George Regional Airport is a commercial and general aviation airport located just outside the growing city of St. George. As the city has grown, so has the airport. In 2011, there were just over 68,000 enplanements and now it is over 200,000. The city growth is only half of the story, however. The airport growth is also due to location. The City of St. George is tucked into Utah’s picturesque southwestern corner, not far from the state’s border with Arizona and Nevada, and such natural wonders as Zion National Park, Snow Canyon, and the Arizona Strip.

According to Stehmeier, “Here in southern Utah, when everyone else was seeing big COVID numbers, we weren’t. The initial recovery was earlier down here. Restaurants opened back up, things were done safely, but there was a lot of freedom. The really interesting thing was that we saw a huge rise in tourism, especially over the summer. Washington County charges a hotel and restaurant tax that goes towards tourism, and never in the history of the county have we topped $1 million in a month. Then this summer, in the middle of a pandemic, August and September broke all records and topped that $1 million. I think the reason was that people from California, Colorado, Nevada and those states near us that were completely shut down, had had enough.

“They had not left their houses in three or four months and when they looked around they saw that not only was St. George still open but that we had a lot of outdoor recreation which was really safe, what with Zion National Park and Grand Canyon National Park. So, you could come here, stay in hotels, eat in restaurants, go mountain biking… We had weekends in the summer when every single hotel room in the city was booked. And the airlines noticed as well. Business folks were not travelling as much, but tourism was up. Some routes were just cancelled for a while, like our flights to Dallas/Ft. Worth but when American Airlines announced they were thinking of bringing back service, they pre-booked at a rate of 25 percent. Other airports are seeing around six percent booking and I have been told this is unheard of in today’s market. We are one of the highest and best booking markets in the entire union right now.”

The influx of people moving to the city has not slowed either. There are six new hangars in the approval process for people who have moved in and want to store their planes. Which means that the airport cannot rest on its laurels but has to be working on constantly upgrading for this growth, despite the “momentary blip” that was 2020. “Over the next two to three years we hope to be doing a lot of work around the terminal,” says Stehmeier, “we are going to start by expanding the terminal parking areas – both for jet aircraft on one side, as we recently did for car parking on the other. Then we will be looking at expanding the terminal itself. We hope to add three more gates, three more jet bridges, a new food court, and expand security.” 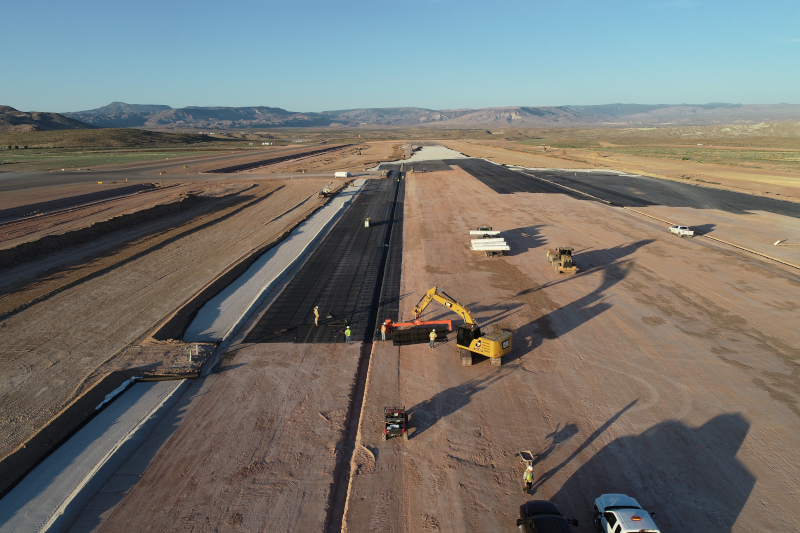 The Airport’s 35,000-sq.-ft. terminal building currently has a secure area that can hold 253 passengers. Most mornings that means it is at capacity, so continuing expansion is going to be a necessity. This year they have also put in a new maintenance building for snow removal equipment and are putting together tenders for a new ARFF (Airport Rescue Fire Fighting) vehicle. “Ours is 16 years old now,” Stehmeier notes, “and the FAA recommends that your primary vehicle cannot be more than 15 years old. We are putting together the specifications we need, then we will put it out to tender, and then it will be built for us. It is quite a process, but we should get a new one in the next year or so and then we can use the current vehicle as a secondary backup, which will be really nice just in case our first one goes down for maintenance.”

They have also accomplished a new drainage project to fix the north and south ends of the runway with new retention ponds and drainage systems, are working on crack filling and fog sealing the runway and taxi areas that were not redone in the last project, and are looking at updating their security camera and cloud storage systems.

The Fixed Base Operator, (FBO) Above View Jet Services handles most of the aircraft maintenance on the field, as well as providing services for general aviation. They have a pilots’ lounge, regular and jet fuel, as well as a flight school. They too have continued to grow over the last few years. “It really seems that tourism is driving the travel right now,” Stehmeier muses, “and it has become more important than ever. One of the newest hotels in the city is the Hampton Inn and it was built close to the airport. It is a beautiful hotel and has become our sort of go-to partner. Couple that with the work that the Greater Zion Convention & Tourism is doing to promote us and put us on the map, so to speak. I think it can only get better.”

“I have been here 10 years now,” Stehmeier concludes, “and each of those years has seen a lot of growth. I think we can continue to look forward to that over the next few years. We have to do a lot of work to continue expanding and keeping up not only with airport growth, but the urban growth of Washington County and the City of St. George, as well. It is an awesome place. I think a lot of people are discovering that and we are lucky to be a part of it.”

What: A city-owned, commercial and general aviation airport

Located in the southwest corner of Utah, Greater Zion is a destination that offers more than 2,400 square miles of adventure and inspiration. Zion National Park, the fourth most visited National Park in the United States, is the premier attraction, but Zion is only the beginning. Four state parks and a multitude of year-round recreational lands set the stage for a burgeoning mountain biking scene, some of the best off-highway vehicle riding in the country, scenic and challenging play at 13 top-rated golf courses, world-class cultural performances at Tuacahn Center for the Arts and so much more. The vibrant communities of St. George, Springdale, Hurricane, Ivins and towns in between offer a wide range of lodging options, dining experiences and access to outdoor pursuits through local outfitters and tour companies. Home to the 2021 IRONMAN 70.3 World Championships, Greater Zion also is a world-class destination for sporting events, conferences and meetings – over 100,000 square feet of meeting space in the Convention Center and 1.5 million acres of adventure.  Find your space to play, meet, work and adventure in Greater Zion! The Greater Zion Convention and Tourism Office is a transient-room-tax-funded entity of Washington County, Utah. For more information, please visit GreaterZion.com.

Located off I-15 only 15 minutes from St. George Regional Airport, the Hampton Inn & Suites is on the route to Zion National Park, Bryce Canyon, and Lake Powell. Dixie State University and Dixie Convention Center are within 5 minutes of our hotel. Enjoy our indoor pool, fitness center, free WiFi, and hot breakfast.

Watertown Regional Airport – On the Rise!