May 2016Past IssuesPublic SectorRetail

Because every drop counts

SCI Distribution was founded in 2002. The company specializes in wireless fleet and fuel management solutions for its clients in many different sectors: agriculture, transportation, road construction, mining, car dealerships, oil and gas, utilities, and waste management, or according to its founder and CEO, Tal Ezra, “any company that has its own fuel onsite that it dispenses to its own vehicles, from the government level to the guy that has twenty vehicles and one fuel pump and one hose.” 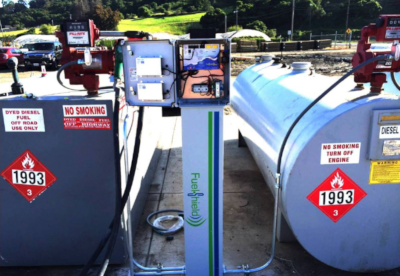 Ezra says that the wireless technology he brought to the United States from Israel with the aim to manufacture and assemble it stateside, was based on a system used by the Israeli military. “We identified a need in the market,” he says. “It was not in existence in the U.S.; we brought the core technology and we started to offer that solution to many different companies in many different sectors. Before our technology, people used to run cables – it was very complicated.”

In contrast, SCI’s system takes transactional data from the pump controller during fuel dispensation and transfers that data to an office computer via wireless communication. It gives fleet managers complete control and accurate reporting of all driver activities such as refueling, odometer readings, and real-time reporting per vehicle or for an entire fleet. After creating the initial technology that transferred data to an onsite office, Ezra says that his company’s next step was to make its software work on a web platform without the need for a local computer, or for that matter, any human intervention, whatsoever, in the transaction process.

So it created FleetSAP. FleetSAP is a unique software designed to integrate all aspects of fleet and fuel management under a Single Application Platform that can interface with almost any hardware, data input device, or module to meet the customized needs of every fleet.

“You will find in the fuel world, people will give you different solutions for different portions of the logistics of fuel management systems,” Ezra says. “Not just the dispensation of fuel, but how you buy fuel, how you store fuel. From the customer’s viewpoint, he needs to deal with multiple vendors in order to achieve what he wants to achieve to bring total control. The uniqueness of SCI is that we are doing all of that from a single platform and we are able to give the full solution on one platform. That’s the difference between us and other companies.” 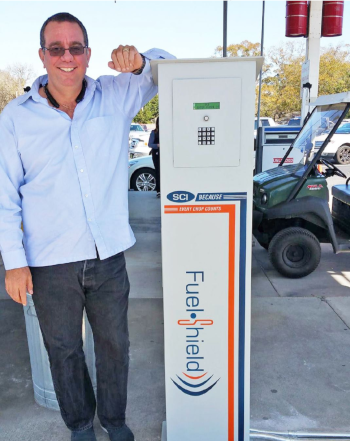 Ezra says that its products are particularly important in countries that have high fuel prices. “People are stealing fuel and exporting it through unauthorized channels,” he explains. “That’s what we’re combating.” SCI has three world headquarters: Clearwater, Florida, Colombia, and Israel. The company has a presence in the U.S. and Canada, South and Central America, the Caribbean, Europe, Africa, the Middle East, Russia, India, Indonesia, and the Philippines.

Originally from Israel, Ezra managed to build a very successful business, starting with almost nothing. “I’m a very big believer that people need to have the drive to be entrepreneurs and to contribute to their society, doing something they enjoy,” he states. Now, after some 14 years of operation, he says that the goal of SCI is to be “the primary supplier of integrated hardware and software solutions that will result in the highest return on investment and greater reduction in overhead costs to the end user. Because, at the end of the day, once you have fuel and you’re controlling the dispensation of fuel, you need our technology in order to manage that.”

Ezra says that his company’s success has come about for several reasons. One is his workforce of 80 employees. “It starts with our people,” he exclaims. “A company is just a name, but the real life inside a company is our staff members – who are amazing.” Another facet of SCI’s successful business model is its close relationships with its business partners. “We always bring our different vendors to sit with us and have them fully integrated in the process of planning and manufacturing. They will always keep you up to speed on what’s the latest and greatest. They will always have much more experience than what you think you have because they are professionals. At the end of the day, my success is their success, as well.”

Finally, Ezra says that customers select to work with SCI because of the knowledge that the company brings, and the responsibilities that it is willing to take on every one of the projects that it is involved in. “And understanding that the success of our customers and end users and distributors is very, very important,” he adds. “And that’s the key.”
Because in the world of fuel – every drop counts.

Check out this handpicked feature on The Bennett Pump Company – Fuel options.

WHO: SCI Distribution
WHAT: Specializing in wireless fleet and fuel management solutions
WHERE: : U.S. headquarters in Clearwater, Florida
WEBSITE: www.sciww.com 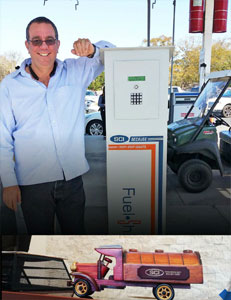