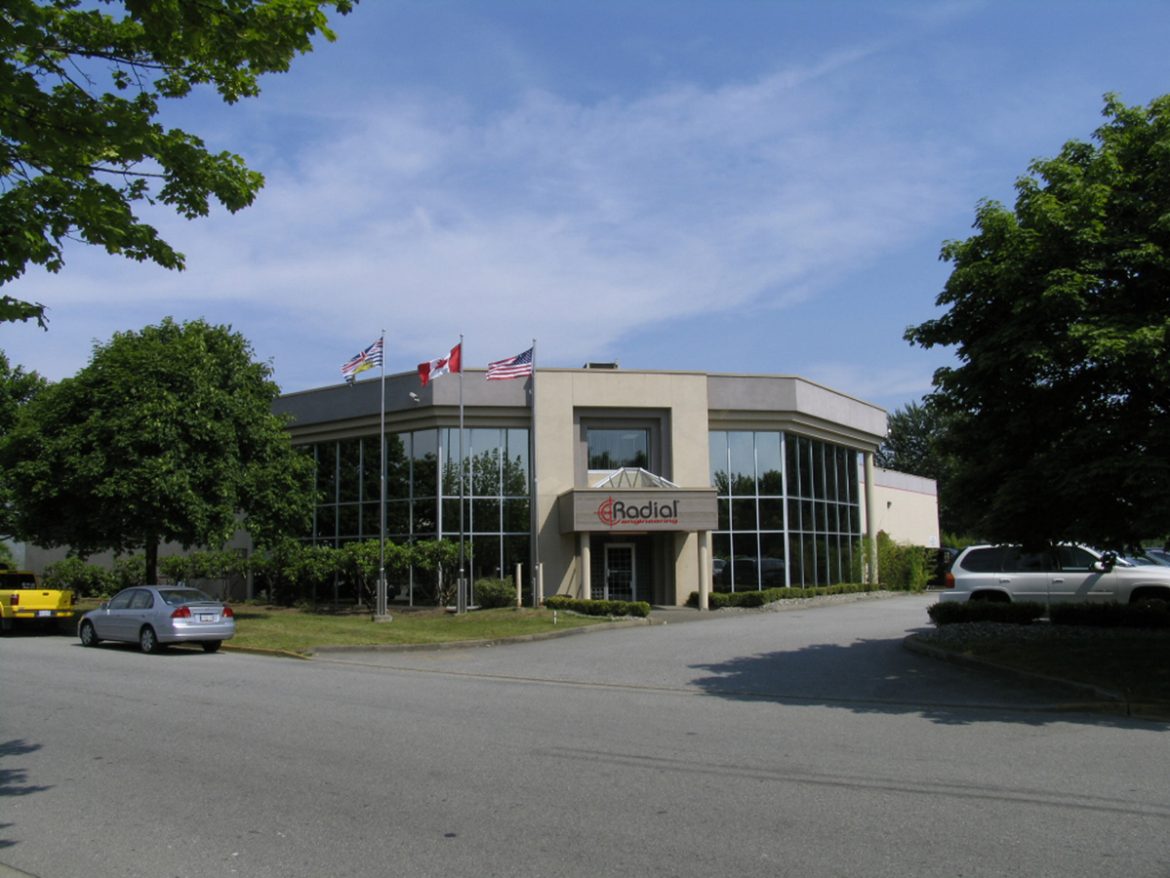 Business View Magazine interviews Peter Janis of Radial Engineering, as part of our series on best practices of Canadian businesses.

Peter Janis has been involved with music all his life. From learning piano at age seven, to playing guitar in a rock band at age 16, to working in a music store at 18, where he started in shipping, moved to sales, and finally began dabbling in the exotic universe of music electronics. Years of playing on the road led him to a job at Lauzon Sound, where he expanded his technical skills in the area of PA systems design, putting together audio systems for everything from night clubs to arenas. Another gig in a music store then led to a position in Vancouver as New Product Director for Fender Canada (TMI), Canada’s national distributor of Fender amplifiers and guitars.

Ten years later, after turning down an offer to take a job in the States when Fender Canada was shut down to centralize all its operations in the U.S., Janis went on to start a few of his own businesses and finally wound up founding Radial Engineering. “A few years later, there was this aha! moment, when I realized that there was a certain product that was just underrepresented in the market place and it was the direct box,” Janis remembers. “What this device does is allow you to connect a bass or a keyboard or laptop computer to the PA system, so the thing can be heard. And no one was specializing in this area; this little box was just an afterthought.”

Radial produced its first direct box, the Radial JDI, in 1996. “It was purchased by Bruce Springsteen,” says Janis. “He wanted a custom-made box, so it was that band that kind of launched our first product in the marketplace.” Soon, Janis and his own band – this time of engineers – began innovating and exploring. “It’s no different than anything else,” he says. “Once you start to look into it, you want to optimize things; you start to make specialty products. So, if I look at where this company’s come from, it’s always been about trying to find underserviced niche markets, and trying to establish the brand as a market leader. Over the years, we’ve become such a dominant player in that game because we don’t offer one box – we offer a hundred solutions.”

Today, Radial Engineering, with its team of over 90 employees and a large number of sub-contractors in Canada, the U.S., and around the world, offers a wide array of professional audio products that it markets under several brand names, and sells only through a global network of dealers and distributors. They include:

The company’s Radial and Tonebone brands cater strictly to the crème de la crème of the music industry, and Janis is very matter of fact about how being number one has its privileges. “Just this last weekend, U2 was in Vancouver rehearsing and preparing the stage show ready for their world tour,” he reveals. “Everything is very hush-hush, big security, and yet, we walked in the door and we’re given a backstage tour. We have this level of access that you don’t get unless you are a market leader, and I think that says it all – where our stature is in the industry.”

And the industry seems to agree that the stature is justified. “We’re getting great reviews, great artist endorsements; we’ve got the best of the best,” Janis exults. “We’ve got mastering engineers endorsing Primacoustic. We’ve got Chick Corea, a world-famous piano player, endorsing Hafler. Because we are working in the production side of things, we know these people. We can get them great product to try out and then they can say, ‘Yeah, I’m going to endorse that.’ So, we’re using that to strengthen the brand.”

Primacoustic has been in the Radial portfolio since 2000. “You walk into a restaurant, you sit down for dinner with some friends and you can’t hear the conversation,” Janis opines. “We’ve all been there. We sell acoustic materials for that reason, to solve that problem. Those same acoustic materials go into recording studios; they go into gymnasiums; we do conference centers; we do churches; we do dog kennels; we do interrogation rooms for police; we do call centers. Primacoustic is the single biggest growth opportunity we have. It’s the number one player in this market segment because our competition are just little regional guys and we’re on a global level; we’re shipping all over the world and our sales are growing at roughly 25 percent a year. We’re adding people to that division, all the time.”

The Hafler and Dynaco brands are Radial’s newest explorations. Janis explains their genesis: “We continue to strive to come up with new areas of potential business and we diversified outside of the music industry into home listening and other businesses,” he states. “David Hafler started Dynaco in the 1950s and was a dominant player, back then. My dad had Dynaco speakers at home – they were the Sony or Bose of their time. What David Hafler did in the 1960s, was he presented an affordable tube amplifier. We own the Dynaco and Hafler brands, now, and we’ve got a high-end, tube amplifier and a tube pre-amplifier on the way.

“We’re putting out products that are going to be kind of nostalgic, yet updated for today’s music listening tastes – still with tubes and at a reasonable price point compared to the competition. This tube amp that we’re coming out with – our competition’s is $5,000 or $8,000, let’s say. We’re coming in at about 3,000 bucks. And it’s going to be world class.” Another new product under the Hafler brand is a phono stage, also known as a phono pre-amp; it connects a turntable to a CD input. It’s a necessary item in many high-end systems for phonograph sound clarity. “You can spend $40,000 on a phono stage; ours is $600,” Janis adds.

Janis also reports that the rollout for the new commercial amplifier product line is coming soon. “We got approval on three designs,” he says. “They’ve gone for initial inspections with UL (Underwriters Laboratories), and they’ve gone through initial inspections with the FCC (Federal Communications Division in the U.S.), and they’ve been able to pass those things. We’re waiting for the final metalwork to come in, you know, little finish issues, and if the prototype, which is supposed to arrive this week, comes, and everybody’s happy, we hit the go button and start shipping in July. So it’s imminent.”

When asked where he would like to see Radial Engineering several years up the road, Janis responds thusly: “Because we’ve got multiple brands, you have to look at from a number of different perspectives. So, if we take a look at the music industry from the performance side of things, simply stated, the world of digital, the world of internet, has made it that these guys make no money with record sales. The whole marketplace has shifted towards concerts. So, all these guys who have been in retirement and getting these royalty checks every month have now turned around and realized that they’re not making any money and they have to get in shape, suit up, and go back on tour. And that’s why everyone’s touring. And we’re the number one player in that area in what we do. So, as a result, we see that continuing to grow as more and more artists get out there and work.”

In terms of the company’s newer, niche hi-fi market, Janis can only learn if it will succeed by diving right in. “These amplifiers have been a year and a half, two years, in development,” he explains. “But, we don’t yet know how multi-channel amplifiers will interface with the new world of ‘all things internet.  As home automation moves to where the cell phone will be used to turn your heat up and turn your fridge down, we have to play that game. So, we will develop a digital interface that goes with the multi-channel amplifiers that allows someone to turn the music on when they come home and control it wirelessly through Bluetooth or WiFi. It is difficult to know how big that market’s going to become, because it’s new and it’s evolving very quickly.  Are people going to go online to download music as the quality improves or are they going to ignore their CD or LP records? You don’t know, but you’ve got to go into it with eyes wide open.”

Already a market leader in three categories, Janis and Radial Engineering are hoping to succeed just as robustly with this next business venture, which Janis refers to as “affordable mid-fi.” “We’re a busy little operation,” he quips. “That’s all there is to it.”

WHO: Radial Engineering
WHAT: A manufacturer of professional audio products
WHERE: Vancouver, British Columbia
WEBSITE: www.radialeng.com 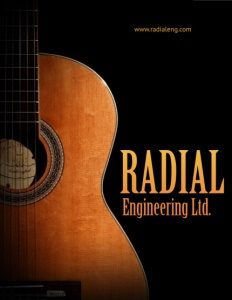