Business View Magazine interview representatives from Pawtucket, Rhode Island, as part of our focus on best practices of American cities.

Founded in 1671, at the strategic falls of the Blackstone River in northern Rhode Island, Pawtucket is a city with a special place in the industrial history of the United States. For it was here, in 1793, that Samuel Slater built the first fully mechanized cotton-spinning mill in America. Over the next century, a variety of machines and iron working shops grew up alongside Pawtucket’s bourgeoning textile industry and, by the early 1900s, the city was a highly developed and prosperous manufacturing center, boasting over a half-dozen movie theatres, two dozen hotels, and an impressive collection of fine commercial and residential architecture. 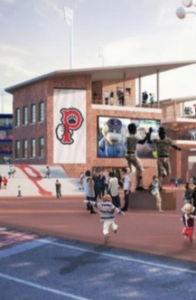 Unfortunately, the textile business in New England declined during the Great Depression of the 1930s with many manufacturers closing, or moving their facilities south, where operations and labor were cheaper. But unlike numerous older mill towns in the region, Pawtucket retained much of its industrial base. Today, the city has a broad cross section of industries and small businesses. Goods produced include lace, non-woven and elastic woven materials, jewelry, silverware, metals, and textiles. Hasbro, one of the world’s largest manufacturers of toys and games, is still headquartered in Pawtucket, as is Collette Tours, one of the top two tour agencies in the country, Tunstall Americas, Pet Food Experts, and the Cooley Group.

In addition, as traditional manufacturing declined, Pawtucket was able to repurpose some of its former industrial assets and, as a result, the city of 72,000 has become a well-known, regional center for the arts. “The city took those old mill buildings and repositioned them,” says Jeanne Boyle, the city’s Director of Commerce and Redevelopment. “They changed a lot of their zoning regulations, and 307 acres of Pawtucket were declared an Arts District. They worked aggressively to focus on repurposing those mill buildings for live/work space and for small businesses. So, hundreds of new units of residential and dozens of small businesses have been created in those former mill buildings.” Today, the Pawtucket Arts District encompasses 23 mills and 60 streets and, in addition to being the home of many artists and art-related businesses, some of the repurposed mills have also become the nexus of Pawtucket’s nascent brewery industry.

However, all of that vibrant economic activity did not entirely shield Pawtucket from the consequences of the recent Great Recession, and several years ago, the city almost defaulted – a situation which did occur in the neighboring city of Central Falls. Pawtucket’s mayor, Donald R. Grebien, first entered office in 2011, and, according to his Director of Communications Lauren Greene, “was facing the very real possibility that the state would take over our city and it would go into bankruptcy.” The good news is that Pawtucket hung on; it continued to invest in its infrastructure, it streamlined its permitting and development processes, and it stabilized its tax structure, while overseeing a wide range of public and private investments that began to truly turn the city’s fortunes around.

Now, Pawtucket is poised to undergo yet another cycle of evolution, as outlined in its bold 2020 Downtown Development Vision, which includes several major initiatives – a new commuter rail station, a National Historical Park, a new major league, AAA ballpark, a regional bike path system, and downtown and riverfront development.

The new MBTA commuter line station, to be built on the western side of downtown, will link Pawtucket with Providence to the south and Boston to the north. The $40 million project is funded largely by a federal Transportation Investment Generating Economic Recovery (TIGER) grant as well as money from the state’s Department of Transportation. Additional funding will be coming from the communities of Pawtucket and Central Falls who decided to partner together to create a TOD, a Transit-Oriented Development District, which Boyle sees as “instrumental in changing the development patterns in the downtown section of Pawtucket. There’s about two million square feet of underutilized space in that area, and the potential for up to four million square feet, where we’re creating a TOD district in partnership with the City of Central Falls,” she reports. “There’s going to be a change in the zoning for that whole area to foster new development and the repurposing of some of the existing space. This was a manufacturing center, so there’s a lot of existing mill buildings. It’s been rebranded and we’re calling it the Conant Thread District.”

“By 2020, it will be up and running and people will be able to come here, and with our Transit-Oriented Development District, we expect that we’re going to have a place where people can live, work, and play,” she continues. “And by having an expedited zoning and permitting process, we’re going to facilitate redevelopment. We already have a tremendous amount of development interest – properties are being bought up and properties are already being renovated in anticipation of this new commuter rail stop coming in.”

Another regional planning project, of which 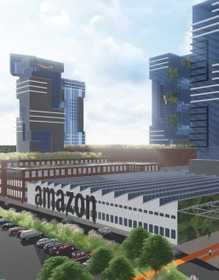 Pawtucket is partnering with two other Blackstone Valley communities, Central Falls and the City of Cumberland, is the Broad Street Regeneration Initiative. Through a Preserve America grant from the National Park Service, the three cities have developed an action plan to sustainably develop this key thoroughfare to stimulate business growth, encourage youth involvement, enhance safety along the street, and support heritage tourism in the region. “It’s about connecting the communities, tying in the parcels and making it a long stretch, so it becomes one community, if you will,” says Grebien.

“We see it as an opportunity to support the small businesses, the restaurants, the retail, and the other things that exist along that Broad St. corridor, and particularly, in the downtown, which for many years has been struggling,” Boyle adds. “At one point, it was a very thriving downtown with some fantastic architecture and was the hub of the Blackstone Valley section of Rhode Island. We see it as coming back and regaining its role as the center of northern Rhode Island. The Broad Street Regeneration Initiative is emblematic of us working to be that gateway to northern Rhode Island. It’s been a terrific effort and very much appreciated by the small business owners in that area.”

Since 1970, the Pawtucket Red Sox have played their home games at the city’s McCoy Stadium. “About three years ago, the ownership of the Pawtucket Red Sox changed, and there was talk of them relocating from Pawtucket to Providence,” Grebien recounts. “But we convinced them to stay. They have a lease till 2020 at the McCoy site. And as part of our economic development, we have now identified the site of the old Apex Department Store, right off the highway in downtown Pawtucket, as the opportunity for the relocation of the ballpark next to Slater Mill.”

Plans for the new $83 million Ballpark at Slater Mill, which will be the home of the AAA Pawtucket Red Sox Baseball Club through 2050, include a 9,0000 – 10,000 seat stadium with the same field dimensions as historic Fenway Park in Boston. “The governor has bought into the initiative, the Senate has bought in, the city and residents have,” Grebien states. “We’re still trying to get through the House, because there is going to be some public funding involved, though it will be self-sustaining with the profits going back into it. So, we’re dealing with the political issues. But, we see it as a great economic development opportunity to reinvigorate our downtown, which has been struggling for many years.”

Pawtucket’s waterfront also has tremendous potential for quality development and increased public access. The city has recently partnered with a local developer to redevelop an 11-acre riverfront property at Division Street to likely include a mix of market-rate residential apartments, commercial and retail space, and a restaurant. The Tidewater site is a former manufactured gas plant and electric generation facility that is now largely vacant. The National Grid has offered 13 acres of land for development along with an abutting 7-acre city-owned parcel. Plans for that site include recreation, development, residential, and commercial uses.

A few years ago, the city finished renovating its Festival Pier to the tune of $2 million. “It’s a tremendous asset to the city and a place to enjoy one of the most scenic locations in Pawtucket,” says Boyle. “It’s used by boaters and fishermen. One of the most interesting uses that it’s put to every year is our Dragon Boat races that are part of our Arts Festival. It’s quite a colorful event. Racers come from all over the region. And now that it’s renovated, we’re just starting to explore other opportunities for its use.”

Finally, Pawtucket is at the beginning stages of creating a local and regional network of bike paths. Boyle explains, “Pawtucket is located on the Blackstone River as well as the Ten Mile River. So, we have the opportunity to knit together the whole city with a series of bicycle paths, some of which have already been constructed, others of which have portions scheduled for construction this coming year. We have a real commitment to making Pawtucket a walkable, bikeable community. So, we’re making sure we have pedestrian access and bikeable access from our commuter rail to our riverfront, and we’re also committed to making sure our TOD has bicycle connections, as well. And we’re working with the State of Rhode Island to do a bicycle plan for the city so that we have those connections to the entire Blackstone Valley and the City of Providence.”

“We have great community assets,” Grebien exclaims. “We have a strong community. We have good infrastructure, and now we’re trying to make sure that we maintain it and bring new life into the city.” “The people here have deep ties to this community and deep affection and a desire to move it forward,” adds Boyle. “This isn’t a top-down vision; it’s a vision that’s come from the people of the city, building on the past, building on the assets, and not being afraid to reinvent themselves. There’s a love of the Pawtucket of the past, but not a fear of making the changes that are necessary to move it forward.”

“We’re moving Pawtucket forward and we’re not trying to steamroll our past,” Greene echoes, emphatically. “It’s very much alive and well here. It’s just the 2.0 version of Pawtucket.”

Check out this handpicked feature on Clarington, Ontario – A phenomenal quality of life.

PRC Composites – Containers for aerospace and... 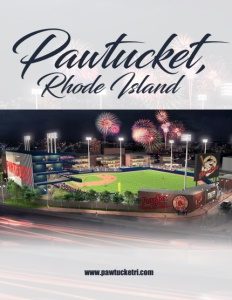