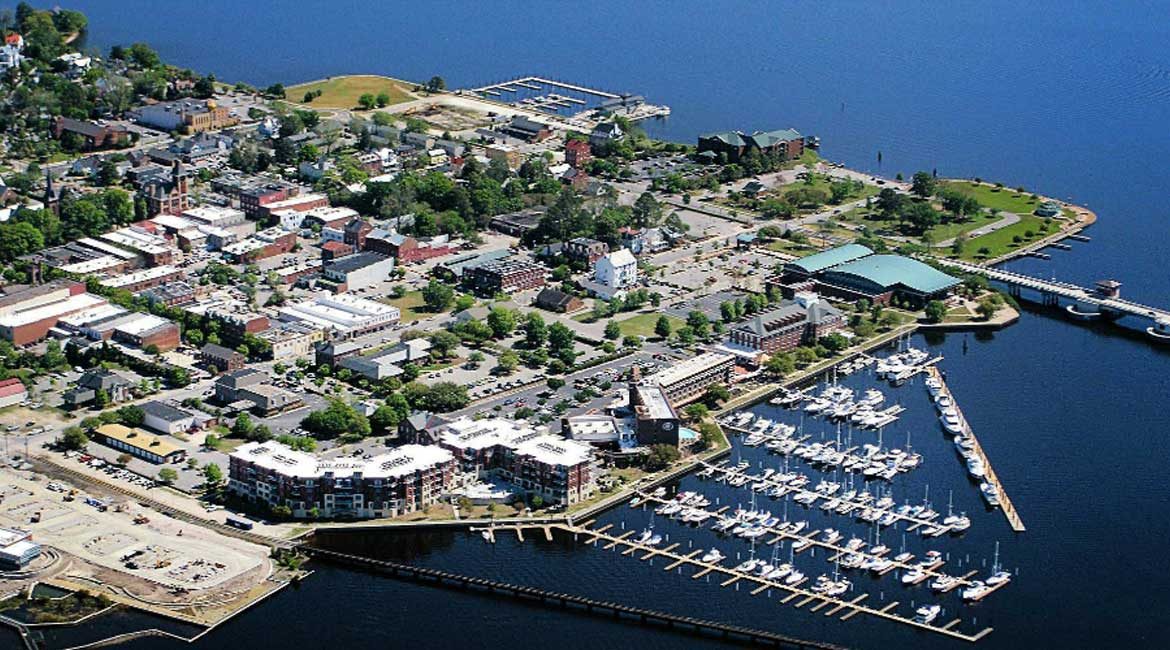 Building Foundations for the Future

Settled in 1710, and named after Bern, Switzerland, New Bern is the second-oldest colonial town in North Carolina and was the capital of the North Carolina colonial government. For a short time, it was also the state capital. Its picturesque location and growing political prestige soon earned New Bern the title, “Athens of the South.” To this day, the Athens Theater and the Masonic Temple are active entities in the downtown; testaments to the staying power of a rich, cultural past. But the future of this city is all about building new foundations.

The main economic drivers are based in the New Bern Industrial Park. Bosch is going through an $80-million expansion, bringing 480 new jobs, while Moen recently added a second warehouse (200,000 sq. ft.). In other exciting news, the Carolina East Health System announced a $27-million expansion to the cancer center – a complete comprehensive Cancer Unit in partnership with UNC Chapel Hill. The military is another huge employer, located only 25 miles from New Bern in Havelock. Hatteras Yachts needs a trained workforce. Carolina Technical Plastics supplies all the plastic components for Bosch, Moen, and Mercedes BMW – they and other local industries, including lumber, need skilled tradespeople.

“We have a lot more growth here now than we have people to fill the positions,” says New Bern Director of Development Services, Jeff Ruggieri. That’s a sticking point that New Bern is tackling full force.

In 2014, New Bern received a $400,000 CNI (Choice Neighborhoods Initiatives) planning grant, which was the catalyst for a five-point transformation plan. Within that plan, issues were identified that needed to be addressed, including public housing projects of which the city has two.

Cindy Blot, New Bern’s Community & Economic Development Manager, says, “One of the sites is under a $27-million renovation through the RAD (Rental Assistance Demonstration) program that is gutting those units and making them as current to today’s standards as possible. As heritage buildings, they do have historic tax credits, so some external elements must remain intact. But inside, they will be brand new. The complex will be more efficiently run as public housing by a private developer, no longer under our Public Housing Authority.” A second housing project, located along the Trent River, is in a severe flood-prone zone. That redevelopment is in progress now.

Ruggieri elaborates on the CNI grant process. “We went through a two-year planning process that engaged the community in the areas where these two public housing properties are located. There are about 720 public housing units, and it’s one of the poorest census blocks in the whole state. Ironically, if you Google New Bern historic downtown, you’ll find a beautiful, thriving place, and three blocks away is the area we’re talking about. The unemployment rate stands at 22 percent; 50 percent of the residents do not have access to a vehicle; average per capita income is under $19,000. We applied to HUD for a grant to see exactly what was needed in terms of jobs, education, healthcare, recreation, and transportation – the five points we determined as important to improving the standing and lives of people living there.”

More than the housing issue, what emerged from the process was the story of a community lacking job skills, training, education, and with some life barriers. Blot says, “We’ve already met with all our major employers to determine what skills their employees lack, and where they anticipate a void in the future.”

New Bern has several temporary employment agencies, including two large ones where many local people presently have their careers centered. The owners of those agencies attended CNI process meetings and noted, “It’s not a jobs problem, here, it’s a people problem – a skills problem. Folks come to our offices looking for jobs and we can’t find them a place, they aren’t ready.”

Local Community College reps were also at the meetings. They listened and put together nine basic Workforce Development Training programs, covering small engine repairs, electricians, HVAC, plumbing, building trades; preparing individuals to be self-sufficient with the skills needed to be employable. While economic development depends on businesses bringing in jobs, Ruggieri says, “If you don’t have a foundation of trained people for the jobs, it doesn’t happen. We realized we needed to educate people with life skills, business skills, and professional skills, so there is a workforce ready for expanding businesses and new companies looking to relocate.”

The keystone project of the CNI process is the prototype for an amazing innovation center: The New Bern City Market. “It’s amazing how quickly it’s happened,” says Ruggieri, “and what a big success it will be. For a city of our size – population 30,000 – I don’t imagine there’s another model anywhere like what we’re putting together. We’ve got great partners and received several grants already, with more to come.”

The City Market will be located in the downtown core, readily accessible to public housing residents, in a vacant former diesel-generator plant. The building will be transformed into an entire campus with most space dedicated to the Craven County Community College to run their Workforce Development Training Center programs. Also in the concept is an Incubator Kitchen (cooking supplies donated by local businesses), a Maker Space for inventors and entrepreneurs to work on projects, and a large outdoor area for a Farmer’s Market. Blot explains, “The CNI study area was designated as a food desert – along with unemployment and transportation issues, there were no healthy food options, so the City Market/Farmer’s Market will bring that availability of fresh produce and local goods to the community.”

Another innovative component, the Business Accelerator, will help individuals start a small business and become entrepreneurs themselves; an opportunity to create wealth for their own families, and take part in the redevelopment of their community through business ownership.

Blot adds, “We received a grant for $549,000 from the Golden Leaf Foundation for the Workforce Development Training Center. And we’re in the final stages of an EDA grant for close to $1.3 million for the entire project. We’re just waiting for confirmation on that before we break ground. Our goal is to have the first class running in the summer of 2017.”

Situated at the confluence of two rivers, New Bern has spent a great deal of money and time creating a safe, enjoyable walking environment, and it’s paying off. Part of the initiative is a scenic River Walk – a two-mile loop that will end at the City Market. The city is also reducing the First Street Corridor (a main entry to the city) from four lanes to three, and adding a bike path, landscaping, and sidewalks. According to Ruggieri, “If you come here, you’ll see how beautiful it is, but we’re filling in the quality of life pieces – education, walkability, this very attractive public space. We’re building a community from the ground up.”

Check out this handpicked feature on Raymer Oil Company – Convenient and Successful. 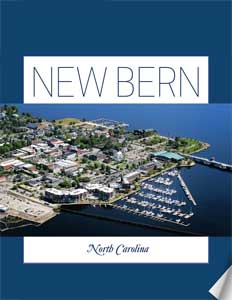