Murfreesboro, Tennessee – Fastest-growing and most livable

Fastest-growing and most livable

Business View Magazine interviews representatives from Murfreesboro, Tennessee, as part of our focus on best practices of American cities.

Murfreesboro, Tennessee, a city of 132,000, and the county seat of Rutherford County, sits in the geographic center of the state. Located 34 miles southeast of Nashville, it is Tennessee’s fastest-growing city and, according to the U.S. Census Bureau, the 10th fastest-growing city in the nation with a population over 50,000. Established in 1811, Murfreesboro was originally named Cannonsburgh, but was subsequently renamed after Revolutionary War hero, Colonel Hardy Murfree. 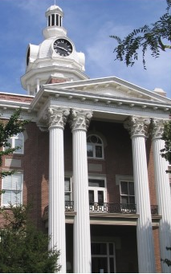 In its early years, Murfreesboro was mainly an agricultural community, but by mid-19th century, it was also home to three colleges and several academies, earning the moniker: “Athens of Tennessee.” The city was host to a major battlefield during the Civil War – America’s rival armies suffered a combined total of 23,515 casualties, making the Battle of Stones River, one of the war’s bloodiest. Fortress Rosecrans, built by Union forces in 1863, was the largest fort built during the conflict, encompassing an area of 255 acres. It was constructed using the labor of 4,000 men and was eventually garrisoned with 2,400 troops.

Today, Murfreesboro’s former agricultural-based economy has been replaced by industry, manufacturing, and education; the city is home to Middle Tennessee State University, the largest undergraduate institution in the state, with 23,000 students. Its high quality of life, with plentiful housing, excellent schools, and outstanding city services make Murfreesboro not only the fastest-growing city in Tennessee, but also one of the most livable. “We are a young, family-oriented community,” says Jennifer Moody, Murfreesboro’s Assistant City Manager. “The average age is 30 years old. The quality of life in the community tends to attract families, and I feel like we’re building things that are good for the whole family.”

One of the “things” that the city of Murfreesboro recently built is a tribute both to its devotion to its families, as well as its successful ability in attracting and hosting many youth championship tournaments, giving the city yet another trademark moniker: the Sports Capital of Tennessee.

Murfreesboro’s Miracle Field officially opened on May 6, 2017 at McKnight Park, an 81-acre community park located in the northern area of town. The Miracle Field is a custom-designed, special, rubberized baseball field built for children and adults with special needs and can accommodate wheelchairs and other assistive devices. The first Miracle League Field opened in Conyers, Georgia in 2000, and, today, there are hundreds of Miracle Fields across the U.S., Canada, and even Australia.

“This project was a collaborative effort between the David Price Foundation, Project One Four, and the City of Murfreesboro,” explains Thomas Laird, Athletic Superintendent – Murfreesboro Parks & Recreation Department. David Price, an All-Star, major league pitcher, and a Murfreesboro native who grew up playing baseball and basketball in the city’s parks and schools, founded Project One Four in 2008. “When David first became a major league baseball player, he participated in the Miracle League in Tampa, Florida, and he said that if he ever made it to a point where he would be able to do this in his community, he would bring the Miracle League to Murfreesboro. So, a few years ago, his Foundation approached the city and he made a commitment to purchase and build a Miracle Field.”

Fundraising for the Miracle Field Complex was spearheaded by Price, who donated $300,000 at the groundbreaking ceremony in February 2016. “The cost was roughly $3.2 million with a third of that generated through community donations and the Project One Four Foundation,” says Laird. “The rest was subsidized by the City of Murfreesboro. And I want to applaud our City Council for stepping up and going above and beyond. They could have simply matched funds, but they recognized the opportunity we had here, and allowed the leaders to go ahead and make this project what it is, today. The city also recognized an opportunity to make a real impact on our community by not just building a field, but also building an entire park that was all-inclusive, and which provided for every child and adult of all ages and abilities. Our community pitched in, millions of dollars were raised, and the park became a very high-end project. It’s probably one of the nicest parks in the State of Tennessee.”

“One thing that we’re really proud about is that we just didn’t build a field – we built an all-inclusive playground,” Laird adds. The playground has accessible ramps and turf, sensory stations, and an easy-to-ride zipline, just to name a few of its features. “We also built a dirt T-ball field adjacent to the Miracle Field. This was an opportunity for us to try to change the culture here in Murfreesboro. By allowing T-ballers, the four and five year olds, to play alongside the Miracle League participants, they have the opportunity to play on the playground, together. Some of those barriers that exist between adults and older children are non-existent when young kids interact with kids with special needs, at that age. So, our hope is, as time goes on, over a few generations of participating in the League, that all kids, not just our special needs community, but our entire population of youth will grow into accepting adults who are all-inclusive in their daily life. I think our programs and our facilities are geared around helping parents develop their children into good citizens – and helping our citizens be good citizens.” 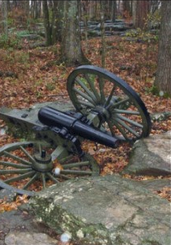 Recreation Department, agrees and believes that the Miracle Field represents a drive for cultural change in Murfreesboro because it recognizes “every one of our citizens and all of their abilities.” She also believes that the city’s parks and green spaces have been key in attracting newcomers to town: “They’re an incentive in recruiting and retaining businesses and residents,” she states. In fact, in the city’s recently approved, one-year, $70 million capital improvement plan, there is funding for a brand new one park – Blackman Park – which is currently in the design phase.

“Blackman Park will have both a regional draw as well as be a community park and a significant improvement in our park system,” Jackson declares. “We’re also working to expand our greenway, our pedestrian and bike trails, providing not just recreational opportunities, but also looking to grow a community that recognizes wellness and alternate transportation. We have 14 completed miles and a construction project with an additional three, underway. So, by having a complete park system, by having wellness and recreational opportunities, and by providing support for a good quality of life – that is a draw and an incentive.”

“With the completion of the three miles of greenway, you’ll be able to traverse the entire town – 17 miles through the City of Murfreesboro,” Laird adds. “You can camp out at one of our outskirt parks, hike back, and never leave the city limits. There’s not many cities that can do that.” Moody says, “The greenway system is another one of the jewels in our crown.”

While paying attention to its parks, Murfreesboro is also intent on revitalizing its historic downtown. “Most recently, we’ve undertaken a couple of land use studies and have a big vision for the revitalization of some specific areas downtown,” Moody reports. “What the studies have shown us is that more people want to live downtown and they want more things to do. So, one of the things we saw is that we have assets that are already in place and a perfect opportunity to create an arts and entertainment district in our downtown, So, that’s been a focus.”

“Another is improving pedestrian connections. We have a five-lane highway that divides part of our downtown and we have a vision for a bridge over the roadway, but also improving the at-grade crossings to better connect the north and south ends of downtown. And then, we also have plans for daylighting a creek in the historic Bottoms area of downtown. We think that there’s a stormwater system improvement that we can gain from it but, we’re not just going to open the creek for that purpose – we plan on making it an amenity, an attractive park-like setting that will be attractive to development and, hopefully, we’ll see more residential and mixed-use projects built around it.

“Within the last year, a lot of our efforts have centered around one block in our downtown, where we had an older church in our community that was sitting empty; part of the building was occupied by a bank for many years, and then they decided to move out. The city has purchased that entire block and we accepted competitive proposals and, now, we’re working with a developer on what I think will be an iconic project unlike anything else we have downtown. It’s a five-story, mixed-use development that will have retail and restaurants on the bottom, a 60-room boutique hotel component, residential condos, and public parking. So, that’s a really exciting project. And we just had the county build a new six story, $50 million judicial building – another iconic project that’s changing the face of downtown. And there are other investments, both in residential and commercial properties. So, we have a lot going on.”

A lot going on, indeed. It’s no “miracle,” then, why Murfreesboro, Tennessee is the fastest-growing, and one of the most livable cities, in the Volunteer State.

WHERE: In the geographic center of the state, 34 miles southeast of Nashville 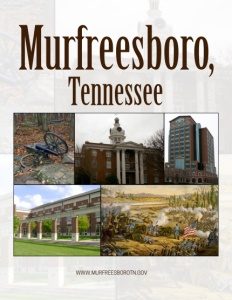