Try as you might, you can’t keep good people down. The City of McKeesport, Pennsylvania, is proof positive that a community with grit and heart at its core can not only rebound but set a shining example for others. McKeesport grew up as a thriving steel town, in its heyday home to 55,000 souls – many of them contributing sweat equity as foundry workers. In the late 1970s, that population started to decrease slightly but with the collapse of the steel industry in 1982, it plummeted and has remained steady at just below 20,000.

Michael Cherepko, Mayor of McKeesport, recalls, “It’s a town that was hit hard by the loss of the steel industry, a town that was going down for a few decades. About eight to ten years ago we hit our bottom point, and we’re on the way uphill now. It took 30-plus years to get out of the slump, knowing we weren’t going to rebuild right away. You have to crawl before you walk and walk before you run. But it’s exciting to see that, now, we are jogging. If it wasn’t for COVID-19, it would be a very fast jog – almost a run. We’re very grateful to be where we are because the pandemic has hit everyone so hard, yet we’re still at the point where things are moving along.” 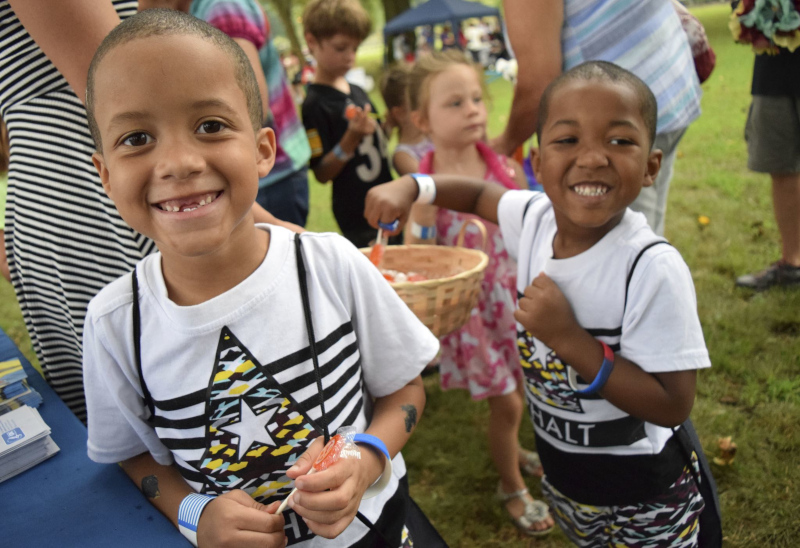 Indeed, development is happening all over town. Most notably, at the Regional Industrial Development Corp.’s Industrial Park of McKeesport, the city has welcomed manufacturers such as American Textiles  and River Materials Inc., which purchased 17 acres of land that was previously considered undesirable for development. Cannabis manufacturer, PurePenn LLC, recently completed a huge expansion – growing from approximately 20,000 sq. feet of production area to well over 100,000 sq. feet. PurePenn is looking to expand to a much larger footprint, eventually having more than half a million sq. feet and employing upwards of 1,000 people. Currently, they have close to 150 on staff and they are hiring. Cherepko notes, “We’re anticipating them to be a major employer in the city – providing sustainable jobs to raise and support families here in McKeesport.”

Other diverse businesses are being welcomed into the park, as well, such as Y & Q Home Plus, a cabinet manufacturer, and CybX, a data security company. “Our RIDC park is really starting to move ahead and we’re very excited about what that brings,” says Cherepko. “Having that many new jobs in our city could be a big revenue boost to our community. Another plus to that is when someone comes here and finds a job and discovers they can become a homeowner of a property that would cost much more in other areas. A four-bedroom house is very affordable, with a mortgage payment that would be much less than if you rented.”

A significant development planned for the city’s East End, along the E. Fifth Avenue corridor, was put on hold due to the pandemic but is still in the works. GetGo, a convenience store chain owned and operated by Giant Eagle, will be constructed there. In the development’s initial planning phase, Giant Eagle acquired parcels that included an existing business, dilapidated houses, and additional blight. The next phase will include demolition of those structures – making way for the gas station and beautifying the corridor – and creating a lane turning into the property to reduce ongoing traffic congestion.

The city is applying for funds to remedy this bottlenecked intersection by increasing the lanes of traffic. According to Cherepko, “Once you do that, it will spur other opportunities. People travel a distance to come to a GetGo – it’s that popular. To have one in town will not only bring visitors, but also help other development, like bringing in a fast-food chain. Aesthetically, it’s good in that part of town because you don’t get a second chance to make a first impression. When you come into McKeesport on E. Fifth Avenue, you will see a lot of buildings that are new or have been renovated. Dunkin’ Donuts came in a couple years ago and is doing extremely well. Pennzoil has expanded multiple times.” 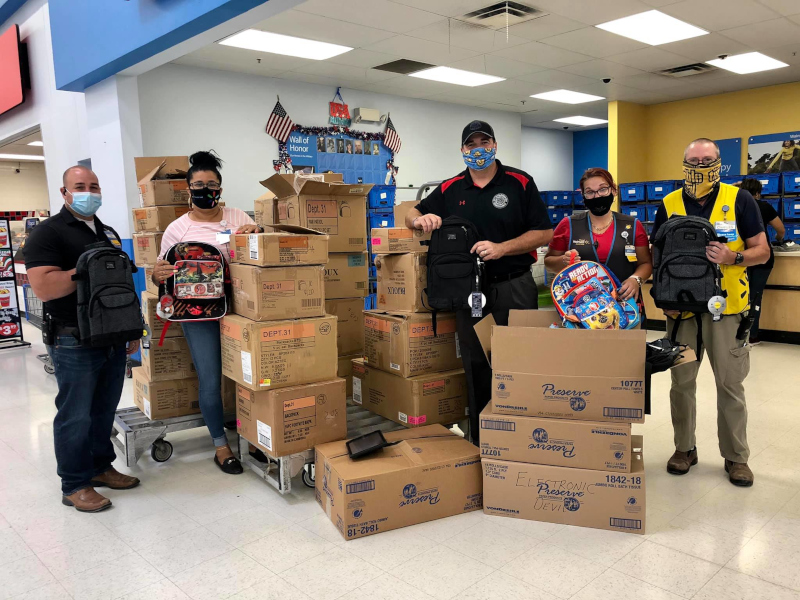 In the Christy Park business district, a new traffic signal was installed at the intersection of Walnut Street and State Route 48. “There’s a strip mall type of development that has been in the works for years at the end of that,” says Cherepko, “and now that we have this traffic signal, it will make the retail/commercial spaces accessible. We already have the intersection open three ways, and we hope to have the fourth way into the development completed in coming months. That area is in close proximity to Olympia Shopping Center, which is in both McKeesport and our neighboring community of Versailles and brings a lot of people to town. The connection between that plaza and the Christy Park corridor is ripe for development.”

Three years ago, the downtown core would have been considered as one of the last areas to come back. But amazing progress is happening now. The former Daily News building, renamed the Tube City Center to reflect the city’s industrial history of producing steel tubes, has several tenants including Point Park University’s Center for Media Innovation, Tube City Community Media, local newspaper the Mon Valley Independent, as well as a regional office of the Allegheny County District Attorney, and Flashover Fire Apparatus and Equipment Co. Bids are going out to tender for a grant-funded rehabilitation of the adjacent parking garage, and construction is slated for completion this year.

Also downtown, the Port Authority of Allegheny County is investing millions to overhaul its transportation center. Across the street from Tube City Center, the People’s Building is now in the hands of Stark Development for rehabilitation, with potential tenants lined up. And 75 yards from there, the vacant, run-down Executive Building is with that same developer, who has five storefronts that will be occupied soon. One has officially opened and the other four are set for spring. A tenant is lined up to use the entire upper floor of one of those buildings as an office space for 135 employees.

The good news continues. As Cherepko reports, “We also have the First Commonwealth building. The bank donated the building to our redevelopment authority, and we’re confident about getting a good tenant in there, as well. Across the street from our City Hall is an entire block of blighted buildings. We were successful in obtaining Neighborhood Preservation Program (NPP) funding through the State of Pennsylvania and we have funding partners who are committed to $450,000 a year of revenue coming to us over the next six years. It’s basically a $3 million grant that will allow us to tear down all the blighted buildings and get the site shovel-ready for development. All of this just happens to be directly across the street from the new Port Authority Transportation Center that’s under construction.  We’re very excited about how things are coming together in downtown McKeesport, and soon our jog will become a sprint.” 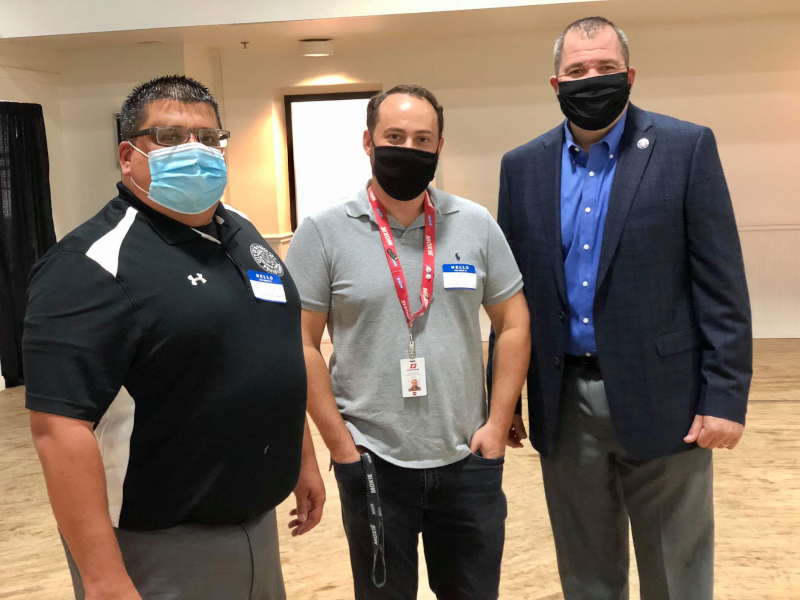 NPP funders include Noble Environmental, Duquesne Light, First Commonwealth Bank, and UPMC Health Plan. To further address the blight problem, as part of the NPP, the City of McKeesport and McKees Point Development Group are working in partnership with Rebuilding Together Pittsburgh to improve owner/occupied houses and also rehab some for resale.

The Cherepko administration also has a great relationship with Penn State University, whose Greater Allegheny campus is located in McKeesport. “I can’t speak highly enough of their Chancellor, Dr. Jacqueline Edmonson, and the collaborative effort that we have,” says Cherepko. “As a Penn State grad myself, who went to the local campus for two years, I’m so proud of that partnership.” In the city-owned Common Ground Building, Penn State operates a Launch Box to provide knowledge and assistance to start-up businesses – giving them six months to a year to build a strong foundation and grow their business. “It’s been extremely beneficial to those who have taken advantage of it,” Cherepko says. “Our slogan here is ‘Working together for a better McKeesport,’ and without question Penn State Greater Allegheny, under Dr. Edmonson’s leadership, truly exemplifies what that means.”

Looking to the future, Cherepko emphasizes, “Obviously, our main goal is to continue bringing in business. Part of our ‘McKeesport Rising’ initiative is to continue the demolition of blighted residential and commercial structures and to perform any other infrastructure improvements that are needed, such as paving roads – all while keeping the taxes as stable as possible. These are important issues as we work to attract new businesses and new residents, and to show our existing community stakeholders that we appreciate them as we provide the services they deserve. As we continue to make these improvements, people are seeing the results of effort that our hands-on administration has made. This truly boosts our community’s morale and increases enthusiasm for the City of McKeesport” 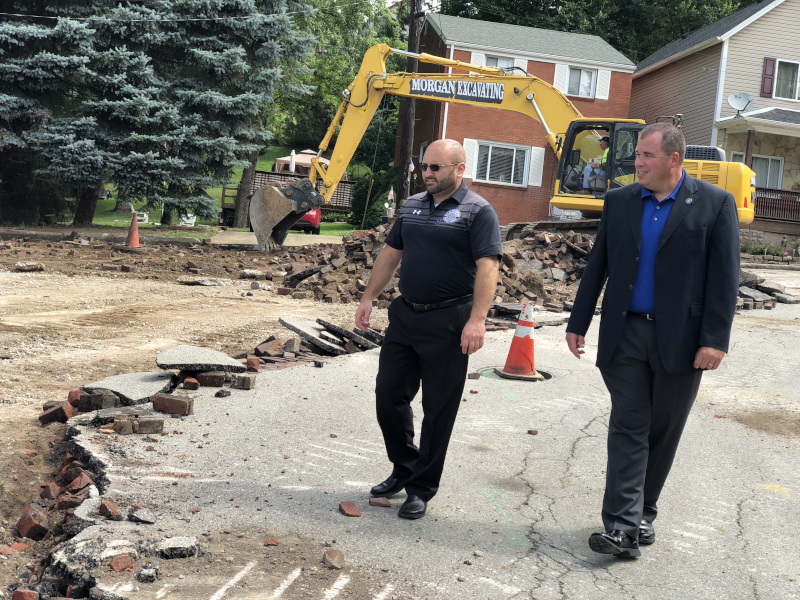